Sure, chess isn’t the most exciting game around, but that doesn’t mean there can’t be ultra cool board designs, like the Blade Runner-inspired set you see above. We’ve rounded up five of the coolest for your viewing enjoyment after the break. 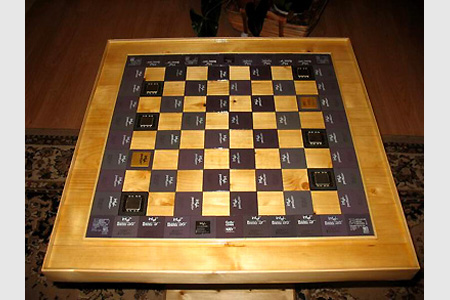 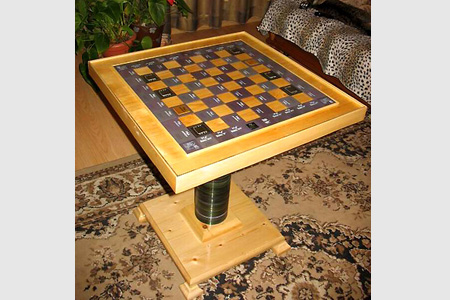 This geeky chessboard was made from old CPUs, CDs, and a custom-built stand. Unfortunately, it’s not for sale. We have yet to see the accompanying chess pieces that go along with this table, but we can safely assume that they’re equally as geeky. 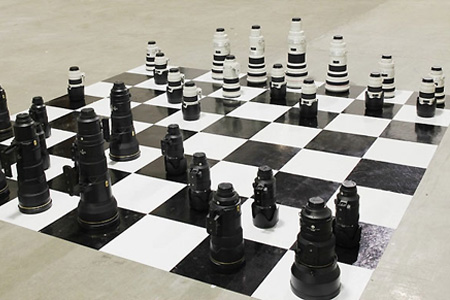 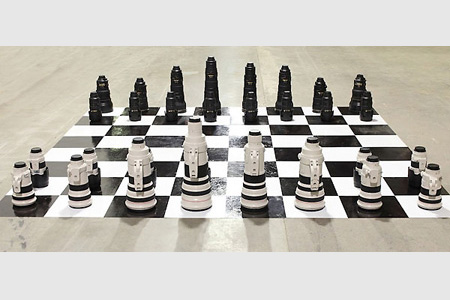 Here’s a first: a chess set that uses DSLR camera lenses as its playing pieces. One caveat: the “lens chess set rents for $9,221 per week and the shipping runs into the thousand-dollar range.” Or, you could pick up several of these lens-shaped coffee mugs and create your own set.

3. The Legend of Zelda 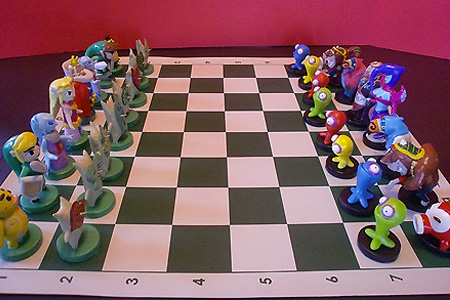 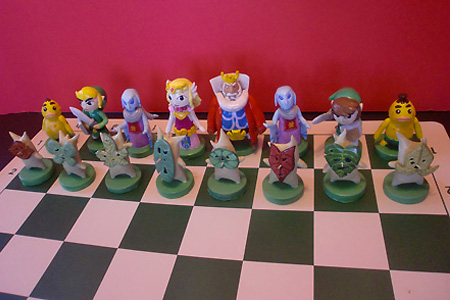 Unlike other chess sets, all the pieces in this one were handmade by Ben Howard. They were styled after the “toon Link”-style games and feature all the notable characters, including, but not limited to: Princess Zelda (Queen), Daphnes Nohansen Hyrule (King), as well as Zoras (Bishops). 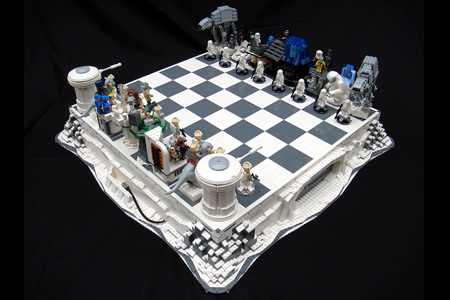 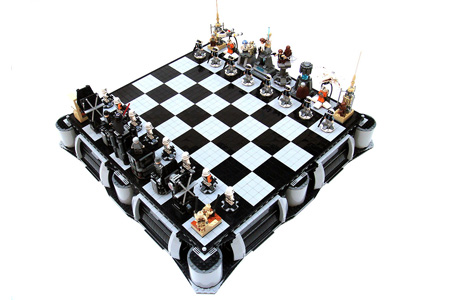 These ultra geeky LEGO Star Wars chess sets — in both Empire Strikes Back and A New Hope varieties — could quite possibly be the geekiest ever. Unfortunately, there’s no word yet on pricing or availability. Both of the chess sets were created by talented Star Wars fan Brandon Griffith. 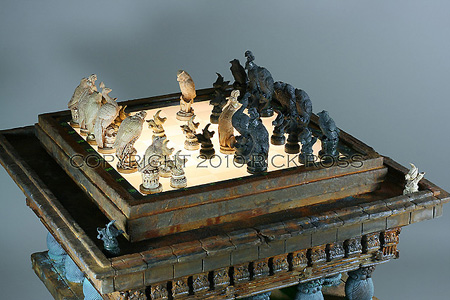 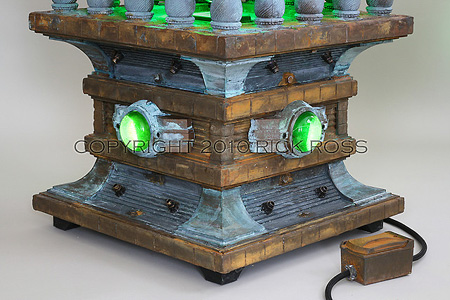 While not as modern-looking as the LEGO Star Wars chess sets, this amazing fan-made Blade Runner creation features pieces that were all handcrafted from scratch, “based on HD screen captures of the film, and a poor copy of the set sold in the UK.” Designer Rick Ross is a “long time fan who had made items in homage to Blade Runner before, has been working on a chess set and table in the style of the one that was owned by J.F Sebastian in the film for the past 2 years.”

Why You Should Never Prank Someone in Spy Hunter