Believe it or not, the Iron Man stained glass above took artist R Evan Daniels over 100-hours to complete. It measures 31″x47″ and consists of 334-pieces of glass on a 9.5-square-foot window. He also used 275-feet of copper foil, along with 5-rolls of solder to complete it over a span of 100-hours. Continue reading to see five more cool geek-themed stained glass creations. 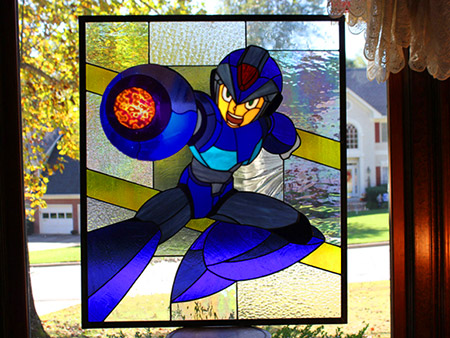 Unlike the standard series, Mega Man X, also known “X”, was basically created by Dr. Thomas Light an unknown number of years after the original story. That’s not all, this was also a new type of robot with the ability to make his own decisions. This is what the main character would look like in stained glass form. 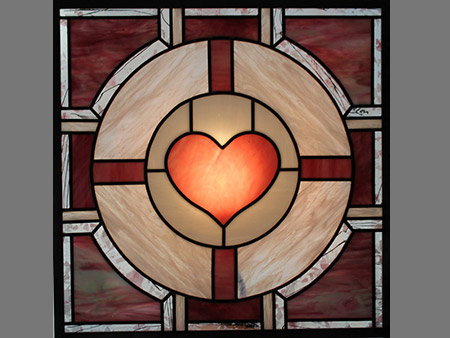 In the Portal series, Chell is sometimes provided with cubes that she can pick up and use to climb on or to hold down large buttons that open doors or activate mechanisms. These are called Companion Cubes, and this is what one would look like in stained glass. 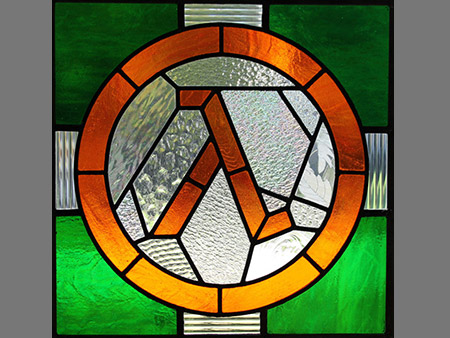 At 25″x25″ and boasting 34 pieces over 3.8 square feet, this stained glass panel shows the Half-Life logo like you’ve never seen it before. For those who never played this game – released in 1998 by Sierra Studios – players take on the role of Dr. Gordon Freeman, a theoretical physicist who must fight his way out of a secret underground research facility whose research and experiments into teleportation technology have gone disastrously wrong. 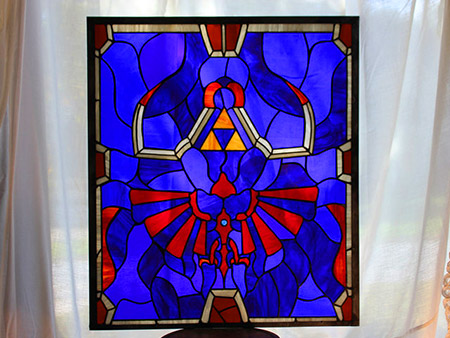 One thing to note, while it may look like a real shield, do not attempt to use this in battle, according to its artist. This measures 25″x36″ and features over 200-pieces at under 6-square-feet. Here’s something you may not have known about Link: he has almost no spoken dialogue in the game series outside the CD-i series of games from The Legend of Zelda. 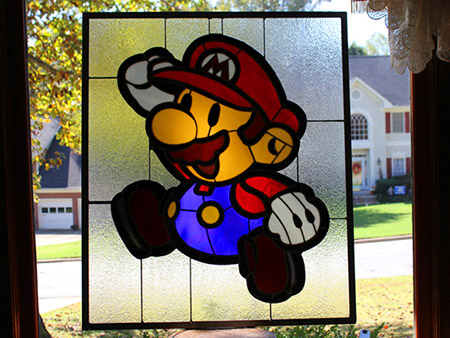 Did you know that Mario got his name when Nintendo of America’s warehouse landlord Mario Segale was trying to bring Donkey Kong to North America? He got into a heated argument with its then-president Minoru Arakawa, demanding back rent, in which the Nintendo employees eventually convinced Segale he would be paid. After that incident, they opted to name the character in the game Mario after him. This geeky Mario creation 30″x35″ and was made with 120-feet of foil as well as 4-rolls of solder.

Bonus Video – How It’s Made