The US Air Force’s X-37B unmanned spacecraft has just eclipse 400 days in orbit as part of its fifth highly classified mission, which began on September 7th 2017. It was launched aboard a SpaceX Falcon 9 rocket from Launch Complex 39A at Nasa’s Kennedy Space Centre in Florida, and some say is conducting surveillance to push the US Space Force initiative forward. Continue reading for another video and more information. 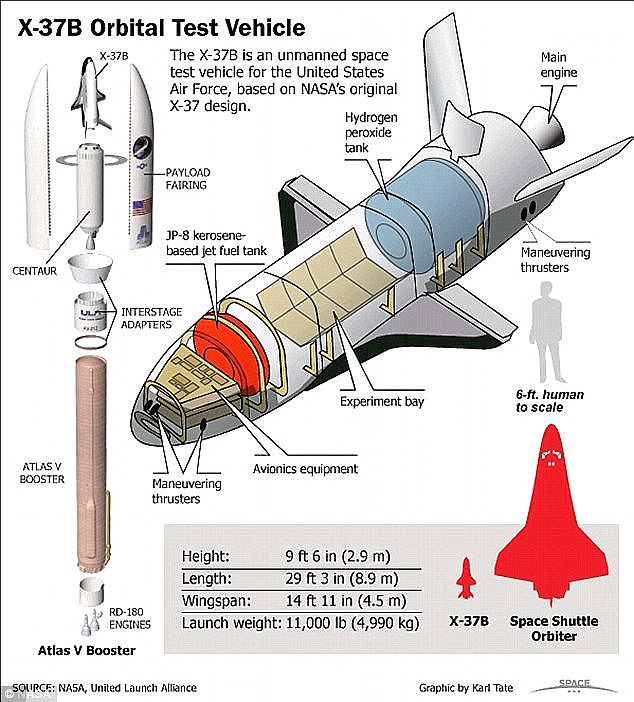 “The space plane is 29 feet (8.8 metres) long, 9.6 feet tall and weighs around 11,000 lbs. It is orbiting at around 200 miles high and is powered by solar cells with lithium-ion batteries. Little is known about what it is carrying but on board OTV-5’s payload is a US thermal spreader which will test the longevity of electronics and heat pipes in the space environment,” reports The Daily Mail.