In the military, working dogs are mainly used to scout areas for explosives devices and hazardous materials when assisting in rescue operations. The one caveat is having to giving these dogs the necessary commands to perform these missions, as this can put a soldier in harm’s way. Command Sight, Inc. wants to change that using augmented goggles that allow a dog’s handler to give it specific directional commands while keeping the soldier remote and out of sight. Read more for another picture and additional information. 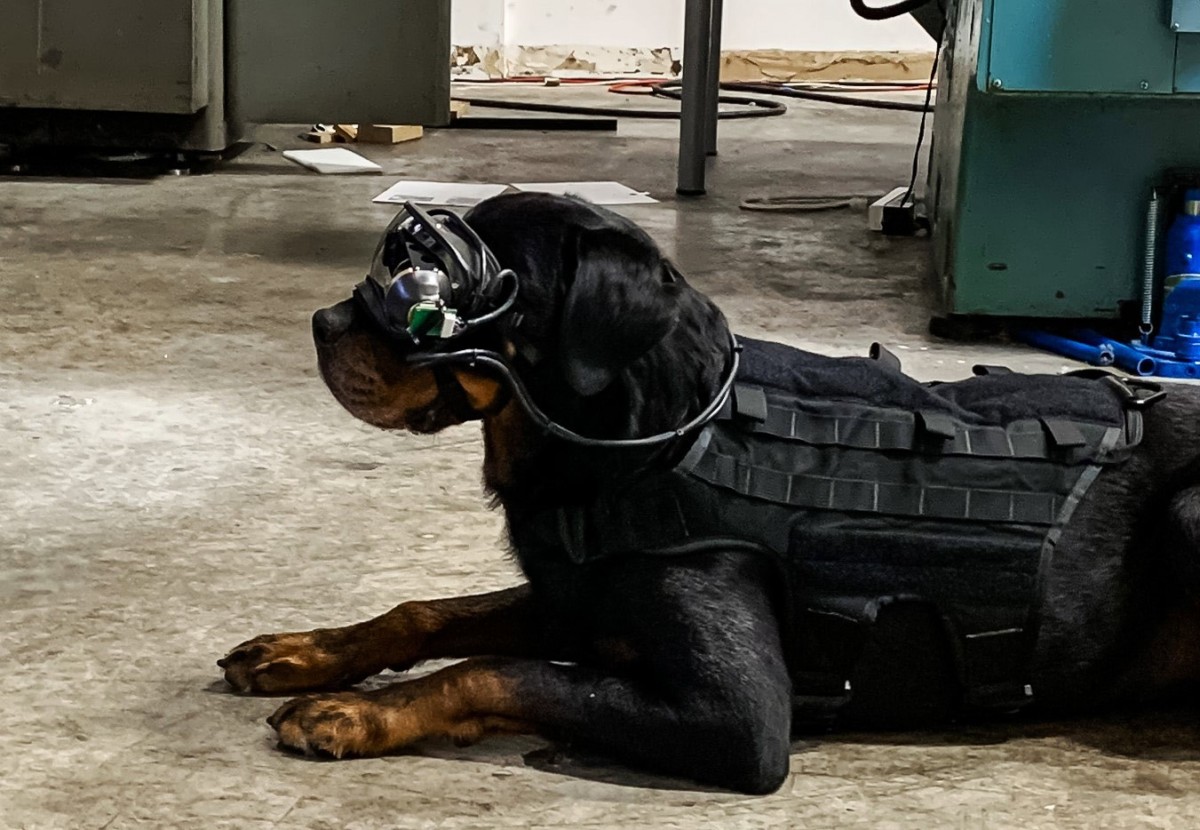 These augmented reality goggles are specially designed to fit each dog with a visual indicator, thus enabling the dog to be directed to a specific spot and react to the visual cues in the display. The handler can also view what the dog sees to provide it with commands through the glasses. Currently, the prototype is wired, but future iterations aim to be completely wireless. As for audio communication, the dog will be equipped with a camera and a walkie talkie, enabling the soldier to direct the canines.

Augmented reality works differently for dogs than for humans. AR will be used to provide dogs with commands and cues; it’s not for the dog to interact with it like a human does. This new technology offers us a critical tool to better communicate with military working dogs,” said Dr. Stephen Lee, an ARO senior scientist.