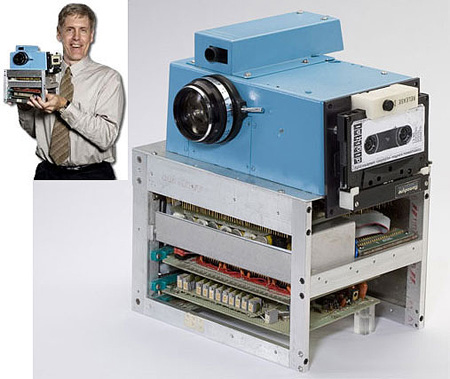 Released in 1975, the world’s first digital camera, by Kodak, actually recorded images onto cassette tapes — each image took 23-seconds to record. Click here to see an image of the viewing device.

The next step in this cumbersome process was hooking up that cassette player to this clunky computer that would somehow play the pic back onto a television set. Looks like Kodak has learned a lot about ease of use.