Star Wars fans were greeted with a life-sized Force Awakens X-Wing when visiting Terminal 3 at Singapore’s Changi Airport. The display was put on to celebrate All Nippon Airways’ new Boeing 787, complete with an R2-D2 paint job. Hundreds of fans, some of whom were dressed as characters from the earlier films, were able to watch a battle between Stormtroopers and X-Wing fighter pilots in front of both a life-size X-Wing and TIE Fighter, as well as take photos with a pilot in the cockpit. Continue reading to see the TIE Fighter. 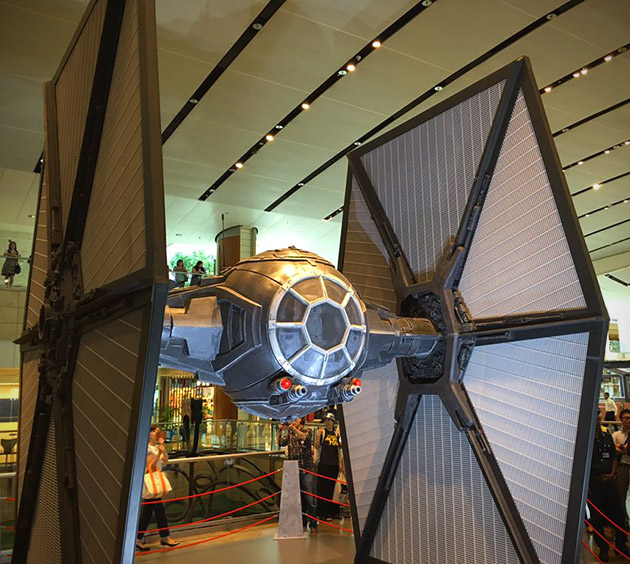 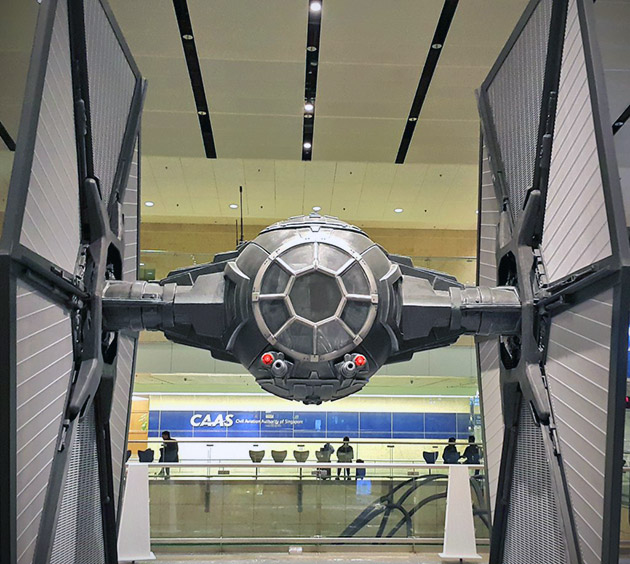 “Inside the Boeing 787, which was making a two-night stop at Changi as part of a media tour, fans could see R2-D2 inspired headrests and lightsaber colored lighting. Star Wars: The Force Awakens is set for release in cinemas on December 17. The starfighters will be on display at Changi Airport until January 2016,” reports IB Times.

Hardest Mario Maker Levels Revealed in These 5 Videos, are Nearly Impossible to Beat