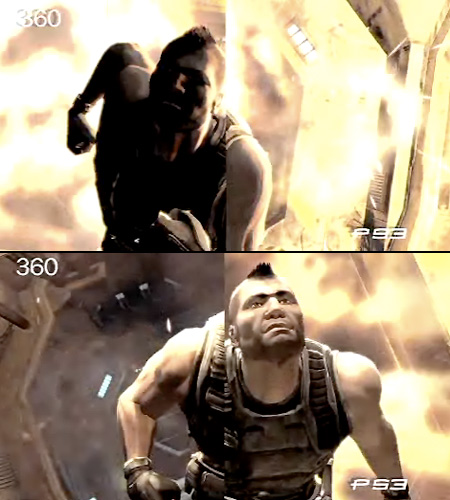 In this GT featurette, the Xbox 360 and PlayStation 3 versions of Turok are pit against each other in an HDMI graphics comparison. Video after the break. Here’s the bottom line:

In Turok, “players take on the role of Joseph Turok, a former Black Ops commando, now part of an elite Special Forces squad on a mission to take down a war criminal on a genetically-altered planet.” Video after the break. Click here for more pictures.

After the ship is shot down while approaching the planet, Joseph Turok must use his instincts and elite military training to elude an army of well-trained soldiers, and the ravenous, unpredictable creatures that populate the dangerous environment

Unlike its predecessors, “the next-gen Turok gives players the ability to choose how they want to solve a problem, defeat an enemy or infiltrate an enemy base.” Video after the break. Click here for more pictures.