You won’t need a Razer Finger Sleeve to play this stunning Subway Surfers remake, as it’s just a concept trailer made in Unreal Engine 5 to show what the mobile game could look like on next-generation consoles like the PS5 and Xbox Series X. For those who have never played this endless runner, you basically start a game by simply tapping the screen, while Jake attempts to flee from authorities after getting caught spray painting a subway train. Photo credit: Junwoo Kim | LFiD
With the PlayStation 5 console still in short supply, its successor probably isn’t on your mind. Industrial designer Junwoo Kin and his colleagues at LFiD came up with an interesting PlayStation 6 concept that show what it could, but probably won’t, look like. When Jurassic Park meets Alien, you get Sony’s upcoming sci-fi thriller ’65’. The story follows Mills (Adam Driver) who crashes on an unknown planet and discovers that he’s stranded on Earth, but 65 million years in the past. He discovers one other survivor, Koa, and both must make their way across an unknown terrain riddled with dinosaurs as well as other creatures. Turn 10 Studios’ all-new Forza Motorsport for the Xbox Series S | X is the most technically advanced racing game ever made, and the latest developer direct shows why. For starters, it boasts over 500 cars that can be collected, raced and customized with more than 800 unique upgrades. No two races will ever be the same, as there are 20 environments featuring multiple track layouts. The Garmin fenix 6X Sapphire Premium Multisport GPS Smartwatch is a great alternative to the Apple Watch Ultra, and you can get one for $399.99 shipped, today only, originally $749.99. Similar to Apple’s watches, this one offers up to 21-days of battery life on a single charge in smartwatch mode and 46-days in expedition GPS activity mode. Product page. A strange blue spiral appeared in the night sky over Hawaii’s Mauna Kea last week, and many speculated that it was some sort of UFO, but in reality, the phenomenon was due to frozen rocket fuel ejected during a SpaceX launch. A Global Positioning Satellite (GPS) was sent into space for the U.S. Space Force on Wednesday (Jan. 18) at 7:24 a.m. EST, and this blue spiral was captured by the Subaru Telescope shortly after. Remember the NVIDIA Broadcast 1.4 update a few weeks ago? Well, someone used its AI eye contact technology and applied it to movie scenes, and the results range from humorous to downright creepy. How does it work? AI automatically estimates and automatically aligns the gaze of a person looking at the camera, all the while retaining their eye color as well as blinking. Think of the VOXART click-tile construction set as Minecraft meets LEGO bricks, but in the real world. Featuring a patent pending quadrolock system on each piece that can easily be reassembled into art with an app. You’ll be able to copy or create your own builds using simple shapes or complex designs using the app, so searching for online tutorials won’t be necessary/. A SpaceX Falcon 9 successfully launched 56 Starlink satellites into orbit yesterday from Cape Canaveral Space Force Station at 4:32 am EST. The rocket transported a payload that weighed a combined 17.4 metric tons (38,000 pounds), making it Falcon’s heaviest yet. At the 2 minute, 30-second mark, Falcon’s first stage separated and successfully landed back on a drone ship nearly 9 minutes after lift-off. 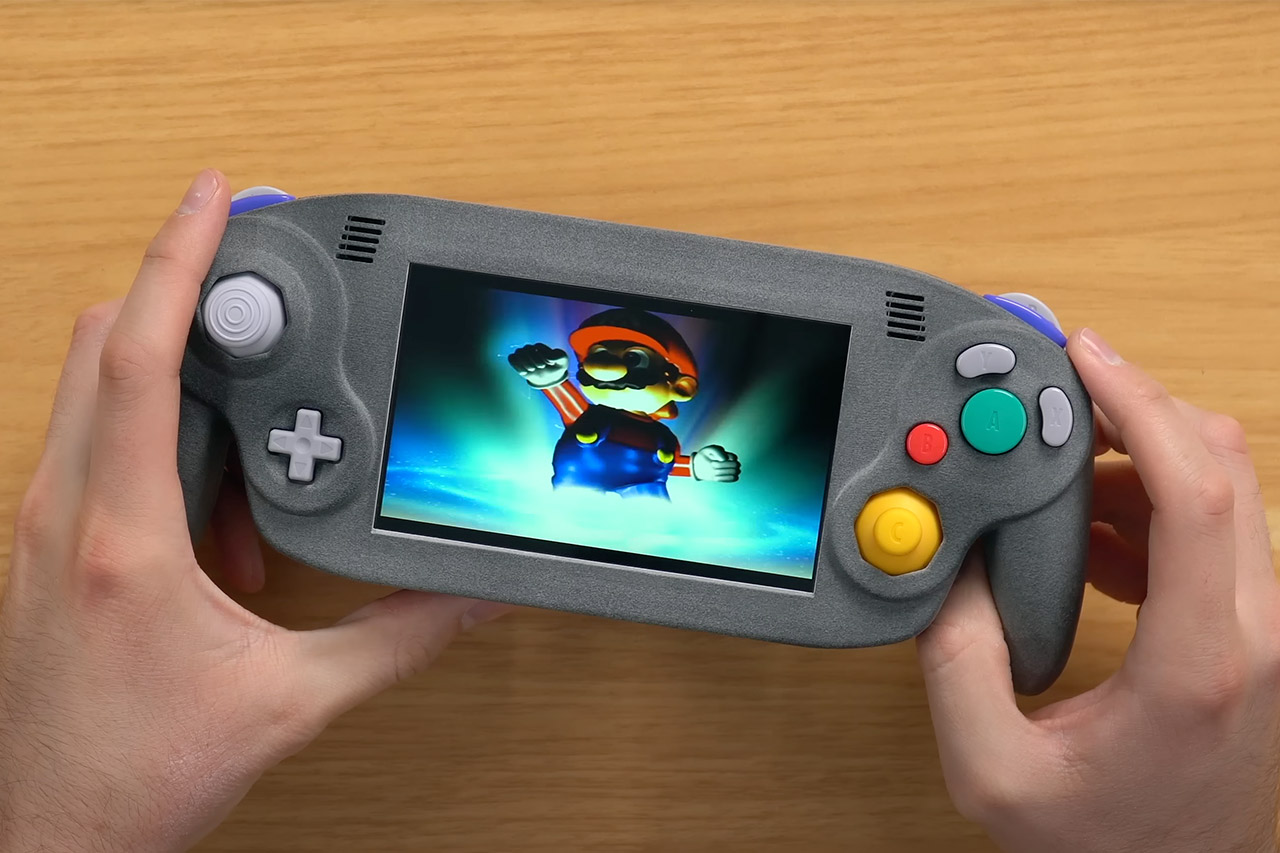 Gamer Jacob R. is no stranger to custom Nintendo GameCube portable consoles, but this $1,200 USD example from Etsy is the most expensive one yet. Called the ‘Ashida’, it features a 3D-printed Nylon Grey SLA case, 5-inch 480p IPS display, VGA input from the Wii, USB-C for charging, and a 10aH 2170 lithium-ion battery.