Apollo 16, launched on April 16, 1972, was the tenth crewed mission in the United States Apollo space program, and the fifth to land on the Moon. It was crewed by Commander John Young, Lunar Module Pilot Charles Duke and Command Module Pilot Ken Mattingly. On first drive of the lunar rover, Commander Young discovered that the rear steering was not working, so he alerted Mission Control to the problem before setting up the television camera and planting the United States flag with Duke. Read more to see some of this footage that has been upscaled AI. 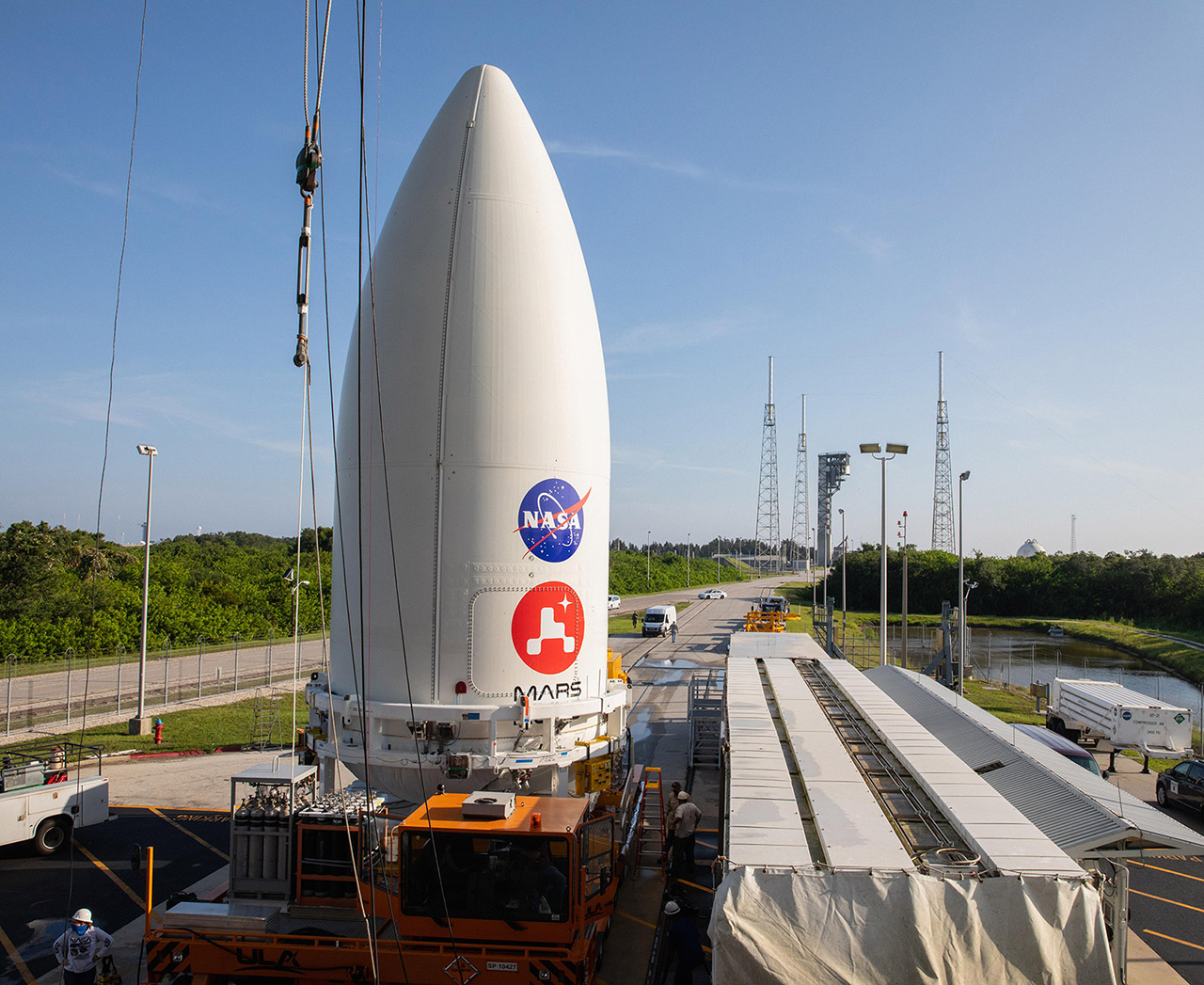 NASA’s Perseverance Mars rover has now been attached to the top of the rocket headed toward the Red Planet this summer. It’s encased in the nose cone for protection during launch, and along with the rover, the aeroshell, cruise stage, as well as descent stage were affixed to a United Launch Alliance Atlas V booster on Tuesday, July 7, at Cape Canaveral Air Force Station in Central Florida. Read more for a video and additional information. 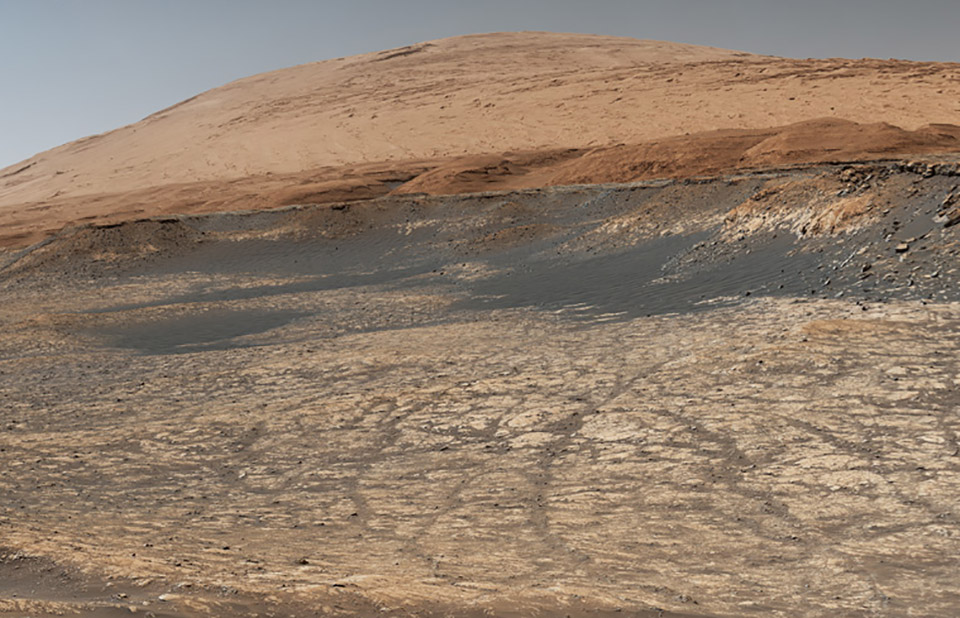 NASA’s Curiosity Mars rover begins its summer road trip that will see it traverse roughly a mile of terrain. Its final destination will have it ascending to the next section of the 3-mile-tall Mount Sharp, which it’s been exploring since 2014, searching for conditions that may have supported ancient microbial life. Read more for a video and additional information. 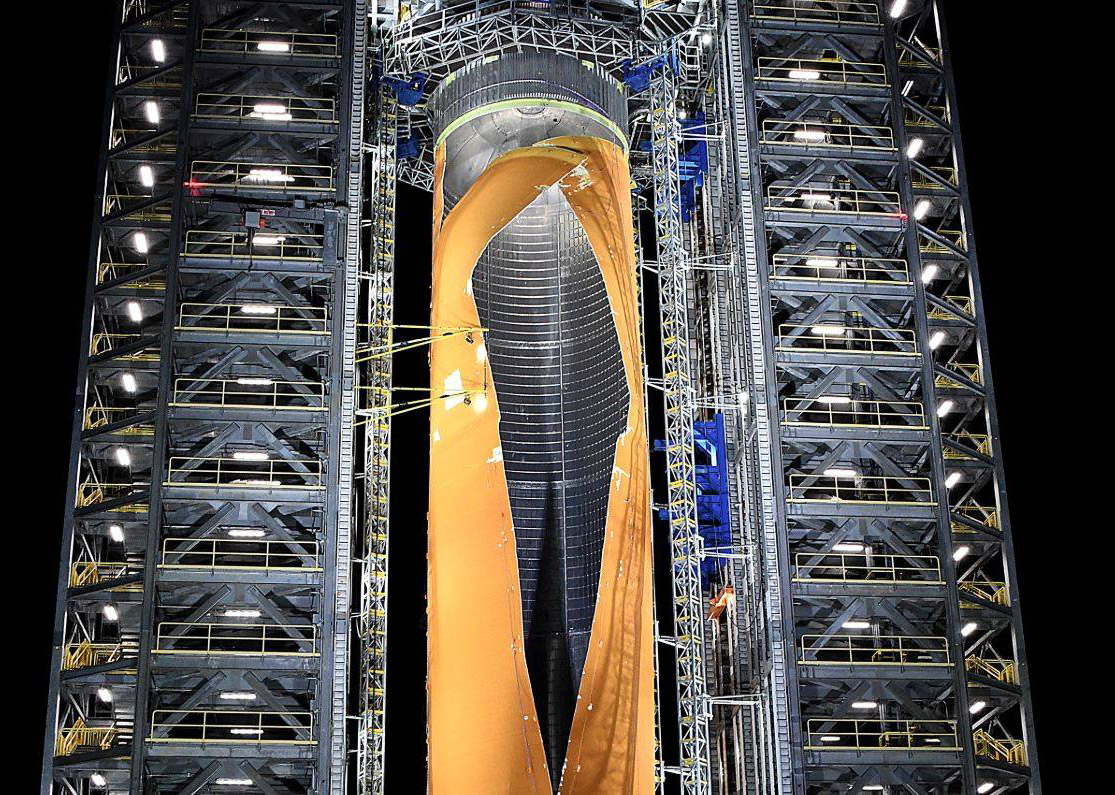 Photo credit: NASA/Dennis Olive
It’s official, NASA has successfully completed the structural test campaign for NASA’s Space Launch System (SLS) rocket at the agency’s Marshall Space Flight Center in Huntsville, Alabama. They built a test version of the rocket’s liquid oxygen tank and then purposely pushed it to its limits on June 22nd. Marshall test lab engineers worked closely with the SLS team to test four of the structures that make up nearly all of the rocket’s 212-foot core stage as well as the structures that compose the entire upper part of the rocket. Read more for two videos and additional information.

Photo credit: ESA/Hubble & NASA, J. Lee and the PHANGS-HST Team; Acknowledgment: Judy Schmidt (Geckzilla)
NASA’s Hubble Space Telescope continues to amaze, and its latest capture of NGC 2775 is no exception. The spiral pattern shown by this galaxy has wool-like spiral arms indicate that the recent history of star formation has been relatively quiet. There is almost no star formation in the central part of the galaxy, which is dominated by an unusually large and relatively empty galactic bulge, where all the gas was converted into stars long ago. Read more for a video on why spiral galaxies form and additional information.

The European Space Agency’s (ESA) Mars Express has captured some incredible images of the 82km wide Korolev impact crater on Mars, and this mosaic gives us a 3D view of what it would look like up close. Water ice can be found within Korolev crater because the deepest part of this depression acts as a natural cold trap, as air above the ice cools, making it heavier compared to the surrounding air, the mound is shielded from heating and sublimation. Read more for the video and additional information. 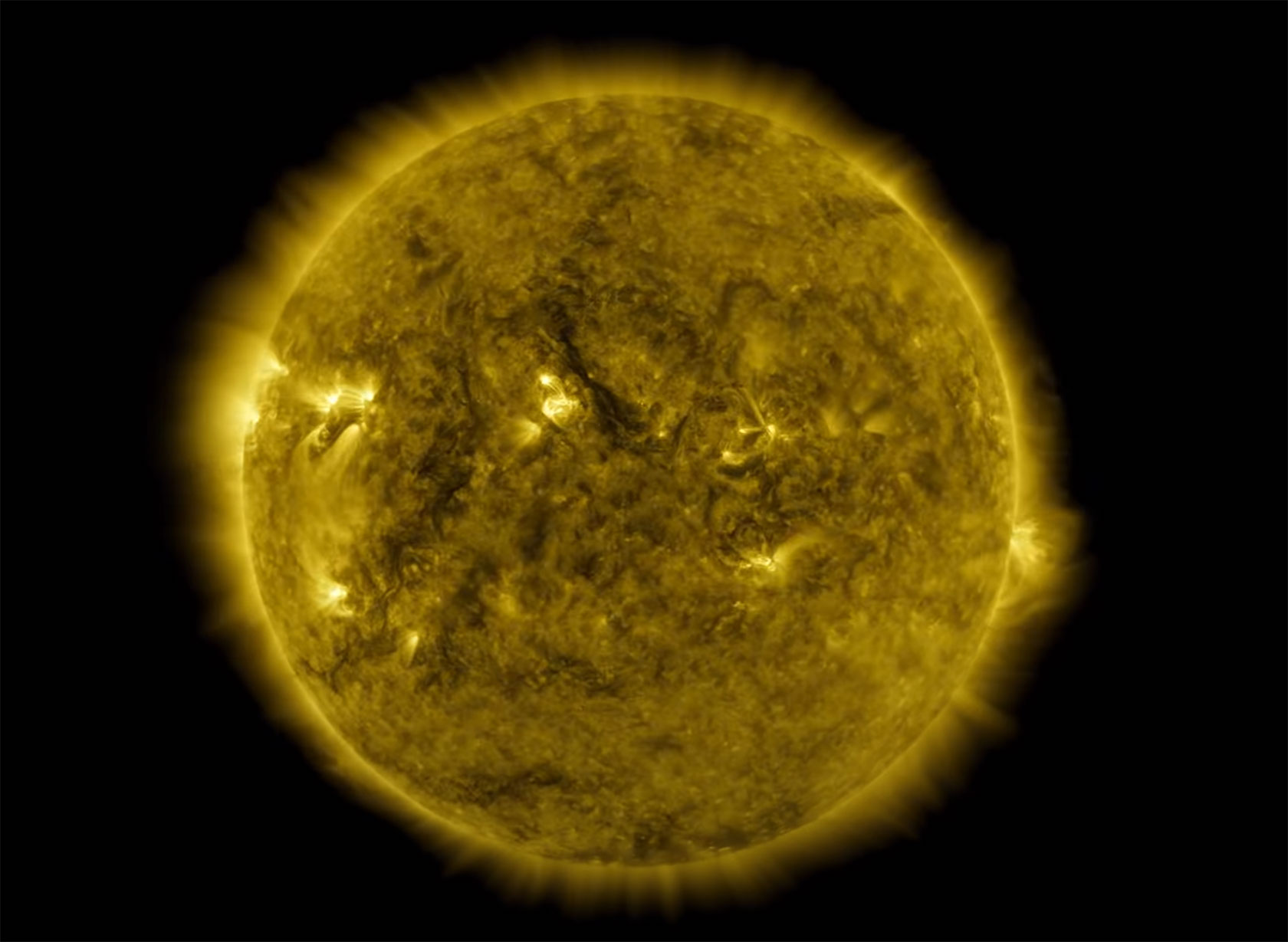 NASA’s Solar Dynamics Observatory (SDO) has been watching the Sun non-stop for over 10-years, as of June 2020. SDO has gathered 425 million high-resolution images of the Sun, amassing 20 million gigabytes of data, from its orbit in space around Earth. This gathered information has allowed for countless new discoveries about the workings of our closest star and how it influences the solar system. Read more for a video and additional information. 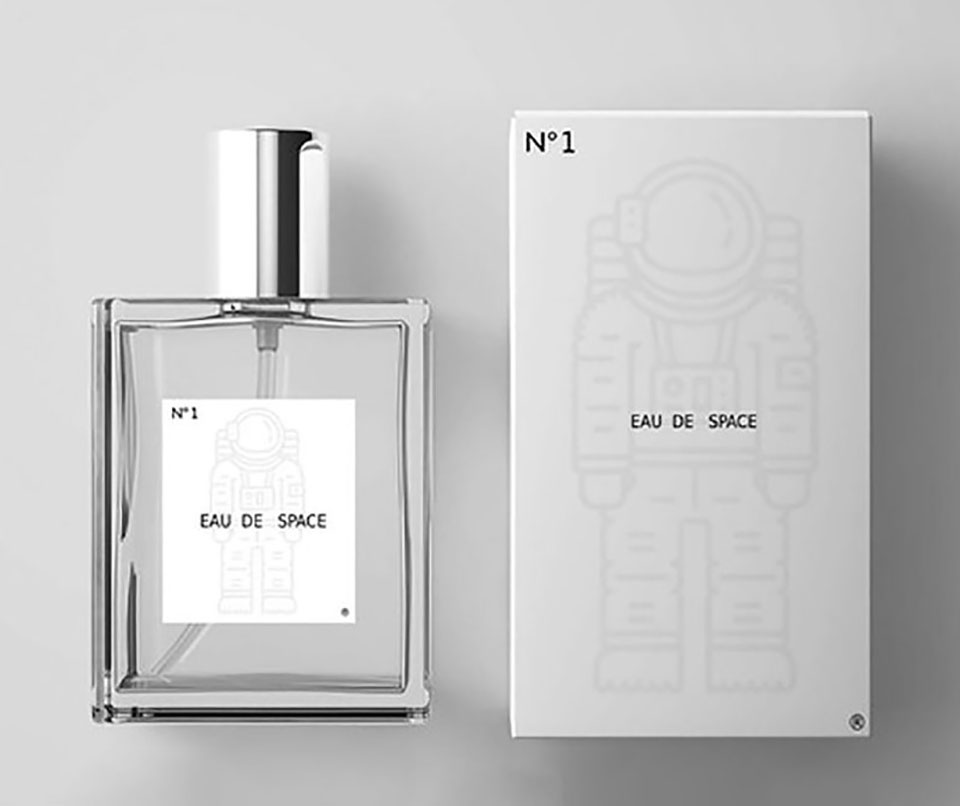 Steve Pearce, a former NASA chemist, once helped recreate the smell of outer space to help train astronauts before orbit. Now, he wants to let everyone know what outer space smells like, thus “Eau de Space” was created. This project took him around four-years and the scent of space has been described as bitter as well as a bit smoky, similar to a gunshot. Read more for a video and additional information.

NASA unveils the soccer ball-sized SPARROW (Steam Propelled Autonomous Retrieval Robot for Ocean Worlds) and it consists of a system of thrusters, avionics as well as instruments, all encased in a protective spherical cage. It runs on steam produced from melted ice to keep the environment pristine for research and travels through the air using short thrusts, or in other words, hopping. Read more for a video and additional information. 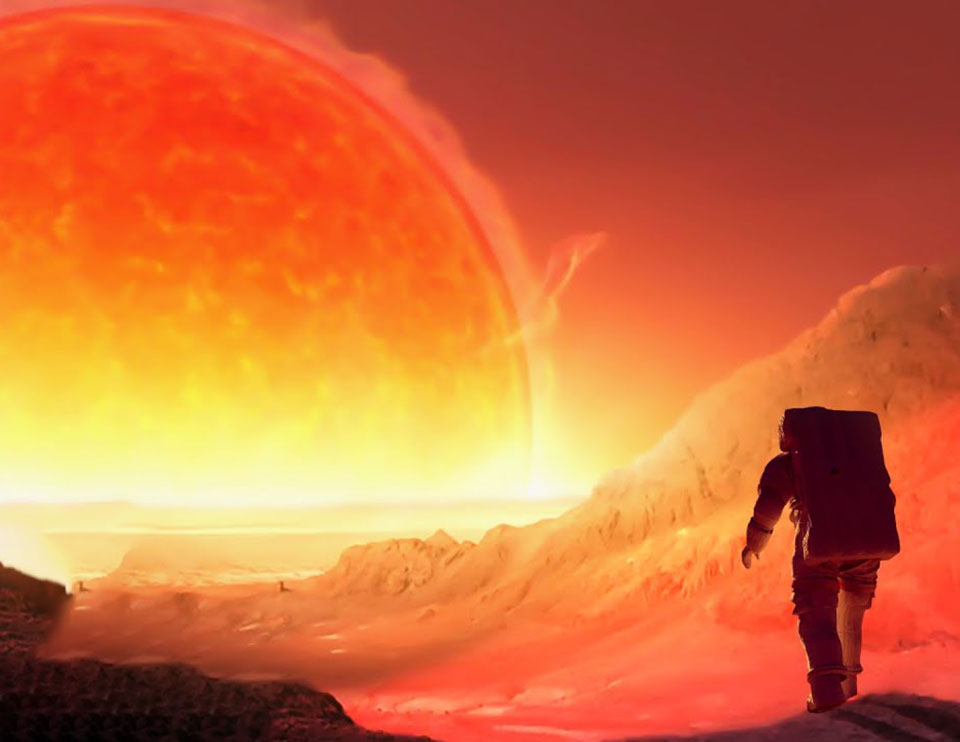 Planetary scientist Geronimo Villanueva from NASA’s Goddard Space Flight Center in Greenbelt, Maryland, created various sunset simulations on other worlds while building a computer modeling tool for a possible future mission to Uranus. To confirm the accuracy of his tool, he simulated the known sky colors of Uranus and other worlds. These animations show the Sun appearing to set from the perspective of someone actually standing or floating on these worlds. Read more for two videos and additional information.