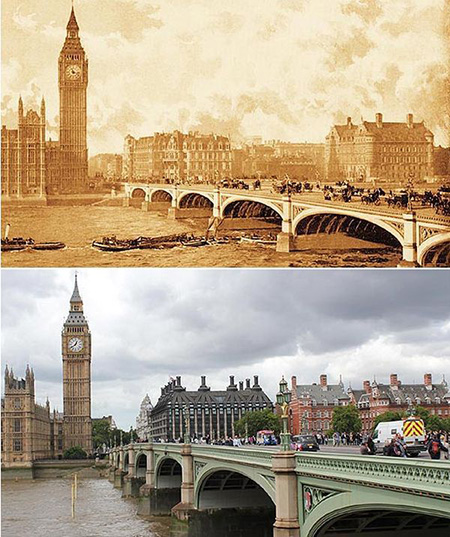 Ever wonder how the London of 1897 compares with today? If so, then look no further than these fascinating comparison images. Here’s one interesting fact you may not have known: thanks to industrialization, London’s population grew rapidly throughout the 19th and early 20th centuries, and it was for some time in the late 19th and early 20th centuries the most populous city in the world until overtaken by New York in 1925. Continue reading to see more.

London has hosted the Summer Olympics three times: in 1908, 1948, and 2012. London was also the host of the British Empire Games in 1934. London will host the 2017 World Championships in Athletics. There are 46 other places on six continents named after London. As well as London’s twinning, the London boroughs have twinnings with parts of other cities across the world.

Massive Video Game Collection Includes 330 Consoles and 6850 Games, Being Offered for Half a Million Dollars