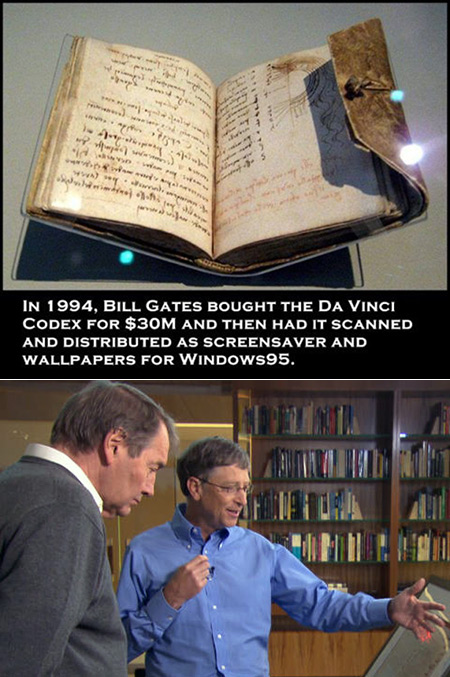 The Codex Leicester is a collection of largely scientific writings by Leonardo da Vinci. The Codex was sold to Bill Gates by Christie’s auction house on 11 November 1994 in New York for $US30,802,500. After Gates acquired the Codex, he had its pages scanned into digital image files, some of which were later distributed as screen saver and wallpaper files on a CD-ROM as Microsoft Plus! for Windows 95. Continue reading for more fun and random facts you might not have known about.