In the stunning image above, glowing water washes up on a beach in Vaadhoo, one of the Raa Atoll islands in the Maldives. This happens because of a chemical reaction called bioluminescence that occurs when a micro-organism in sea water is disturbed by oxygen. Continue reading to see more incredible images and video of bioluminescent water.

Bioluminescence is the production and emission of light by a living organism. Its name is a hybrid word, originating from the Greek bios for “living” and the Latin lumen “light”. Bioluminescence is a naturally occurring form of chemiluminescence where energy is released by a chemical reaction in the form of light emission. 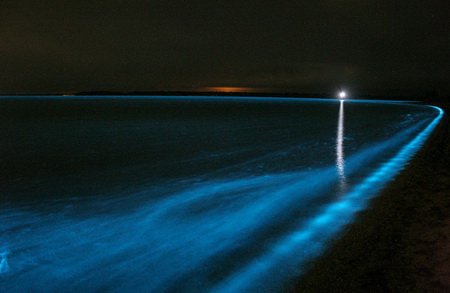 Bioluminescence is a form of luminescence, or “cold light” emission; less than 20% of the light generates thermal radiation. It should not be confused with fluorescence, phosphorescence or refraction of light. Ninety percent of deep-sea marine life are estimated to produce bioluminescence in one form or another. Most marine light-emission belongs in the blue and green light spectrum, the wavelengths that can transmit through the seawater most easily. However, certain loose-jawed fish emit red and infrared light and the genus Tomopteris emits yellow bioluminescence. 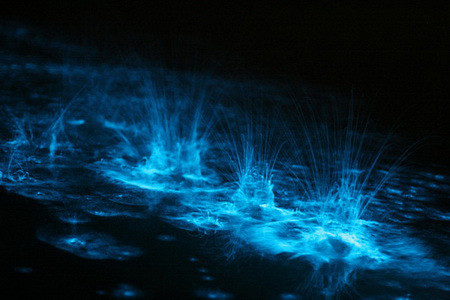 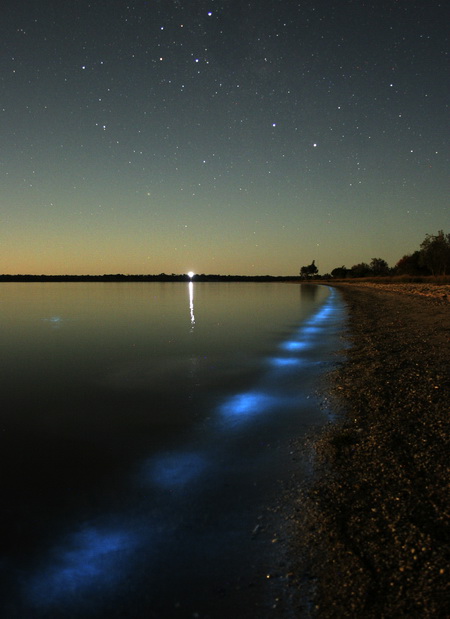 Bioluminescent organisms are a target for many areas of research. Luciferase systems are widely used in the field of genetic engineering as reporter genes. Luciferase systems have also been harnessed for biomedical research using bioluminescence imaging. Vibrio symbiosis with numerous marine invertebrates and fish, namely the Hawaiian Bobtail Squid (Euprymna scolopes), are key experimental models for symbiosis, quorum sensing, and bioluminescence. 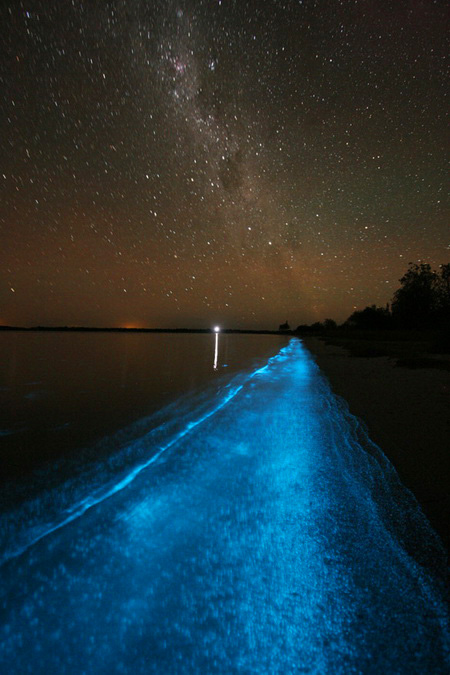 The chemical reaction can occur either inside or outside the cell. In bacteria, the expression of genes related to bioluminescence is controlled by an operon called the Lux operon. Bioluminescence occurs in marine vertebrates and invertebrates, as well as fungi, microorganisms and terrestrial animals. Symbiotic organisms carried within larger organisms are also known to bioluminesce.