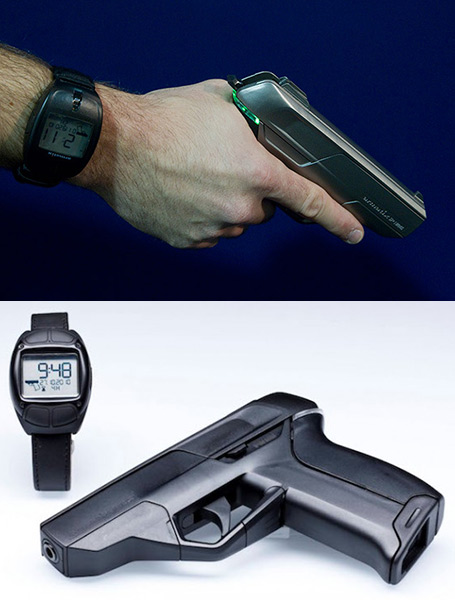 Here’s yet another look at the Armatix P1, a $10,000 Smart Pistol that “will not fire a single of its .22 caliber rounds unless its companion iW1 Active RFID Watch is in range,” according to David Ponce of OhGizmo. As an added security measure, you could also set a PIN code that prevents it from firing even if the watch is in range, should it be stolen. Continue reading for a video and more information.

Wired.com says that, “Anyone can pick up a limited edition version of the pistol for about 7,000 euro, which is pretty steep for a .22cal plinker. They start shipping next month.”