Witnessing a red giant star exploding into a supernova is one thing, discovering the first traces of the universe’s earliest stars from a super-supernova explosion is another. Using NSF’s NOIRLab’s Gemini North telescope on Hawai‘i, astronomers discovered an unusual ratio of elements that could potentially only come from the debris produced by the all-consuming explosion of a 300-solar-mass first-generation star.

These earliest stars most likely formed when the universe was a mere 100 million years old, less than one percent its current age. They’re classified as ‘Population III’ and unbelievably massive that when they ended their lives as supernovae, the explosion tore themselves apart, seeding interstellar space with a distinctive blend of heavy elements. Astronomers analyzed one of the most distant known quasars to help identify the remnant material of the explosion of a first-generation star. An innovative method was used to deduce the chemical elements contained in the clouds surrounding the quasar and found the material contained over 10 times more iron than magnesium compared to the ratio of these elements in our Sun. 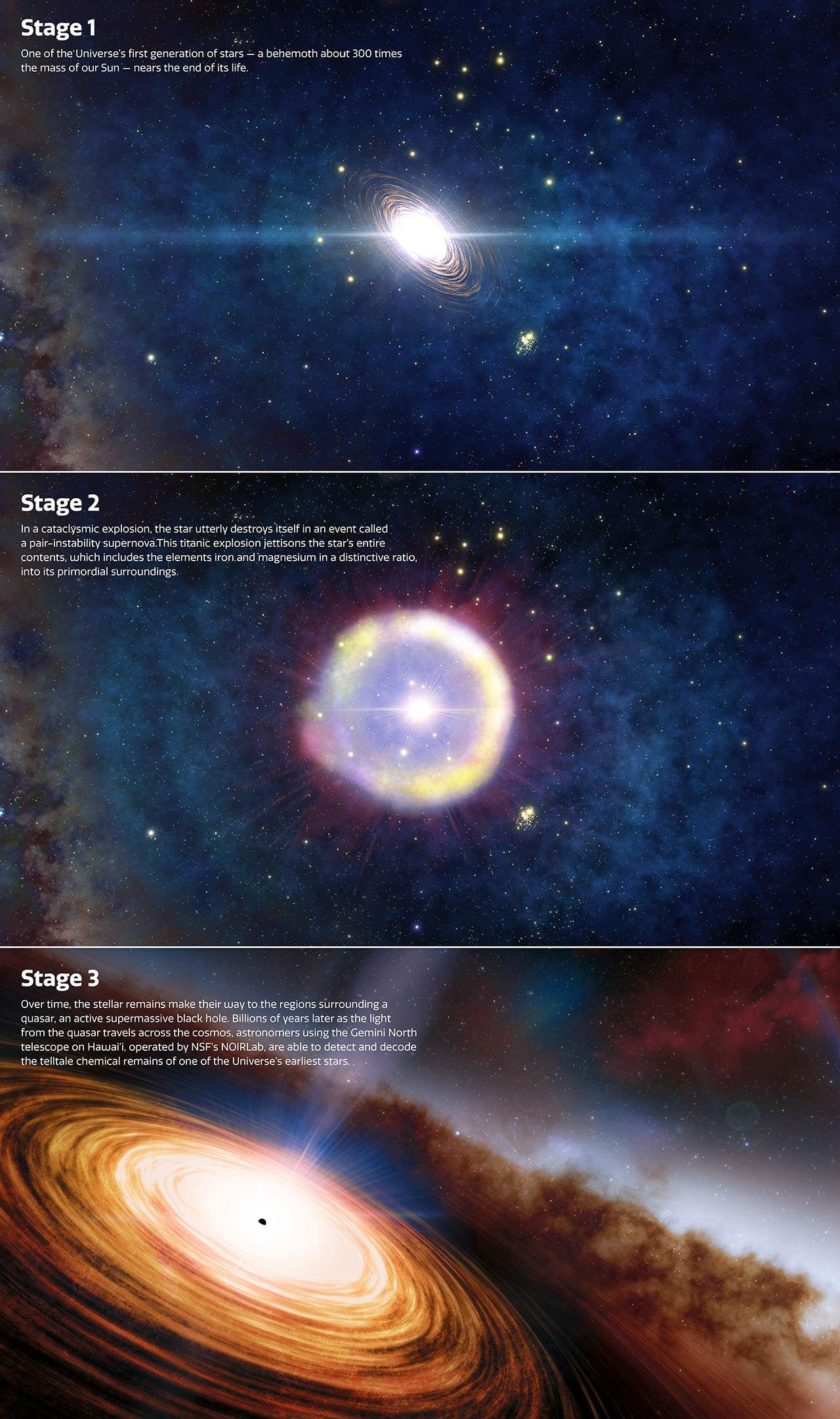 It was obvious to me that the supernova candidate for this would be a pair-instability supernova of a Population III star, in which the entire star explodes without leaving any remnant behind. I was delighted and somewhat surprised to find that a pair-instability supernova of a star with a mass about 300 times that of the Sun provides a ratio of magnesium to iron that agrees with the low value we derived for the quasar,” said Yuzuru Yoshii, co-author of study from the University of Tokyo.

Amazon Kindle Scribe is Designed for Reading and Writing, Here’s a First Look

This is the World’s First and Only Ferrari SP51 Roadster, Based on 812 GTS