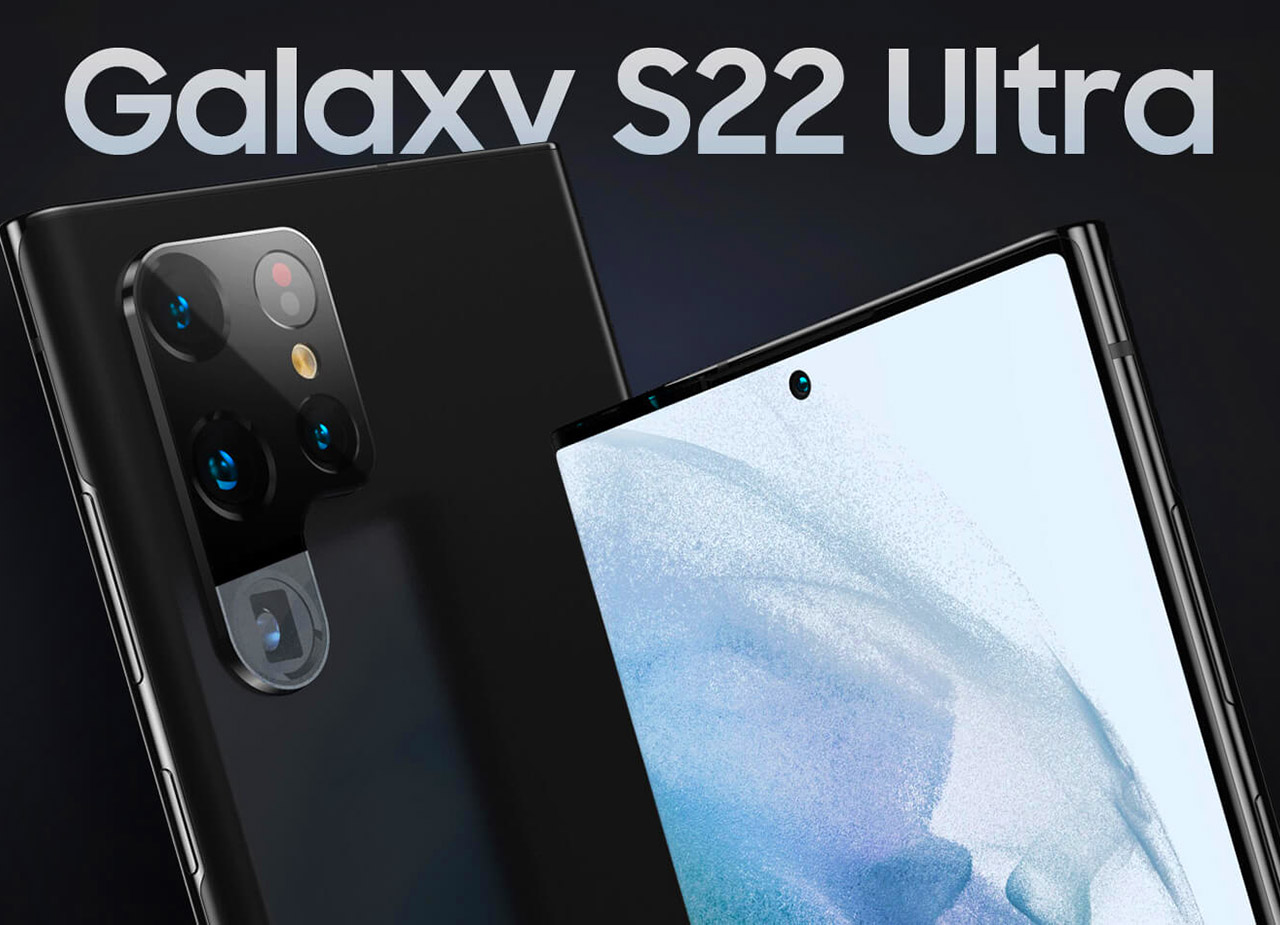 Photo credit: Lets Go Digital
Disappointed at the news that Samsung’s Galaxy Note line may not be returning? Well, you’ll definitely be happy to hear that the upcoming Samsung Galaxy S22 Ultra may be getting its best feature. That’s right, this flagship smartphone is rumored to get a built-in S Pen stylus that will actually fit inside a compartment within the body rather than being attached separately using cases. One other change would be the strange P-shaped quad camera bump in the back. Read more for another picture and a bonus video. 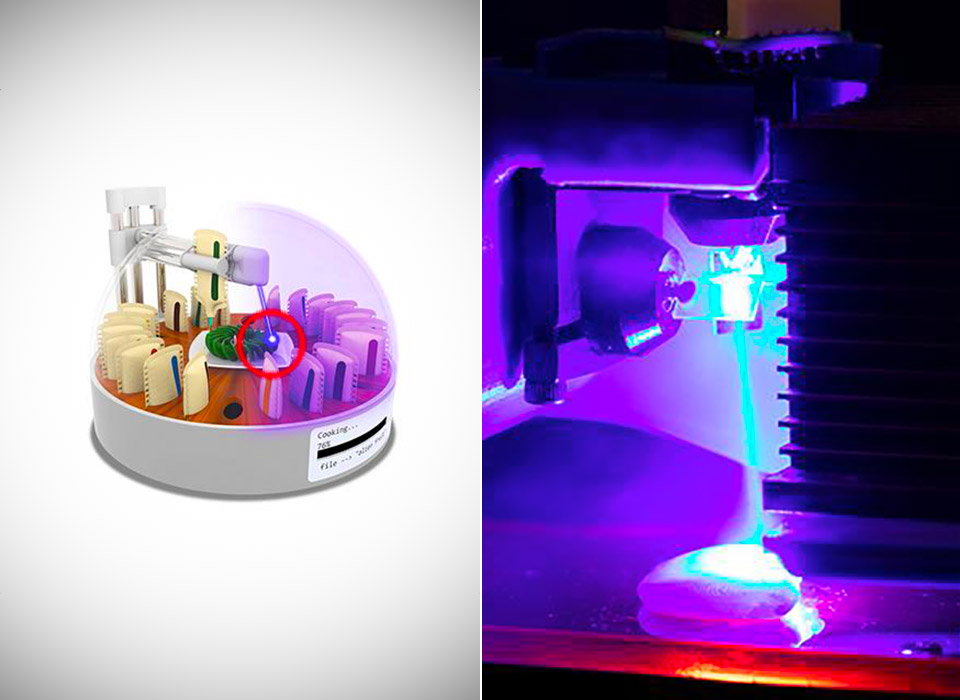 Columbia engineers have developed a robot capable of cooking 3D-printed food using lasers. That’s right, Mechanical Engineering Professor Hod Lipson is leading the “Digital Food” team of his Creative Machines Lab in the development of a fully autonomous digital personal chef. The team 3D-printed chicken samples (3 mm thick by ~1in2 area) as a test bed and discovered that laser-cooked meat shrinks 50% less, while still retaining double the moisture content. It even shares a similar flavor profile when compared to conventionally cooked meat. Read more for two videos and additional information. 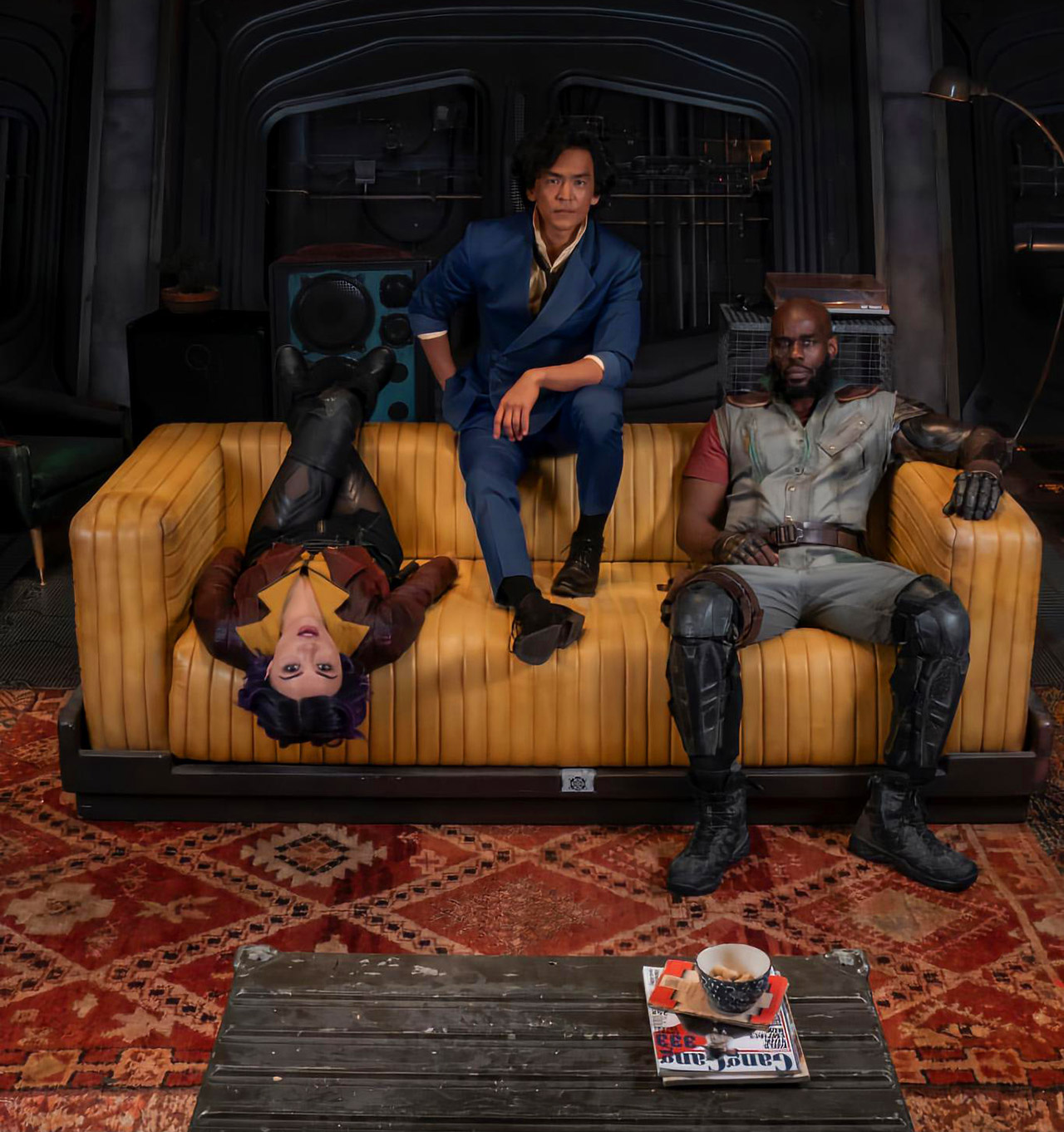 Finally, Netflix has announced a release date for its long awaited live-action Cowboy Bebop series, and it’s November 19, 2021. Developed by André Nemec and written by Christopher Yost, the series stars John Cho (Spike Spiegel), Mustafa Shakir, Daniella Pineda (Faye Valentine), Elena Satine (Julia), and Alex Hassell (Vicious). This reboot was actually teased back in 2017 before being picked up by Netflix a year later, so the 10-episode series could be expanded further, depending on its reception. Read more to see the opening credits and scene shots. 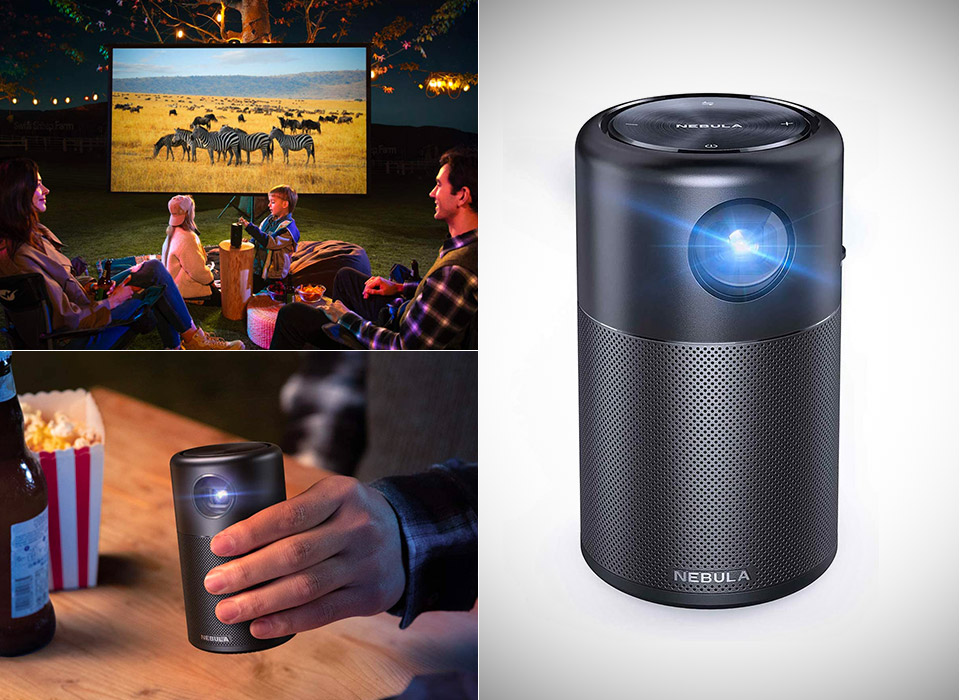 The Nebula Capsule Smart Wi-Fi Mini Projector fits into just about any bag, and you can get one for $210.90 shipped after clipping the on-page 5% off coupon, today only, originally $299.99. To get going, simply place the Capsule down on a flat surface and enjoy your favorite shows, movies, or even video games on a 100-inch equivalent screen. You can play content from any compatible HDMI and USB devices using the easy to access 2 rear ports. Product page. Read more for a hands-on video review and test.

Photo credit: FHP Orlando
Full autonomy in consumer vehicles is still years away and this footage proves it. More specifically, a 2019 Tesla Model 3 with Autopilot engaged crashed into a parked Florida Highway Patrol (FHP) car after the state trooper stopped to help the driver of a disabled 2012 Mercedes-Benz GLK350 on an interstate highway near downtown Orlando around 5am. Some speculated that the flashing emergency lights on the state patrol car confused Autopilot. Read more for the footage and additional information. 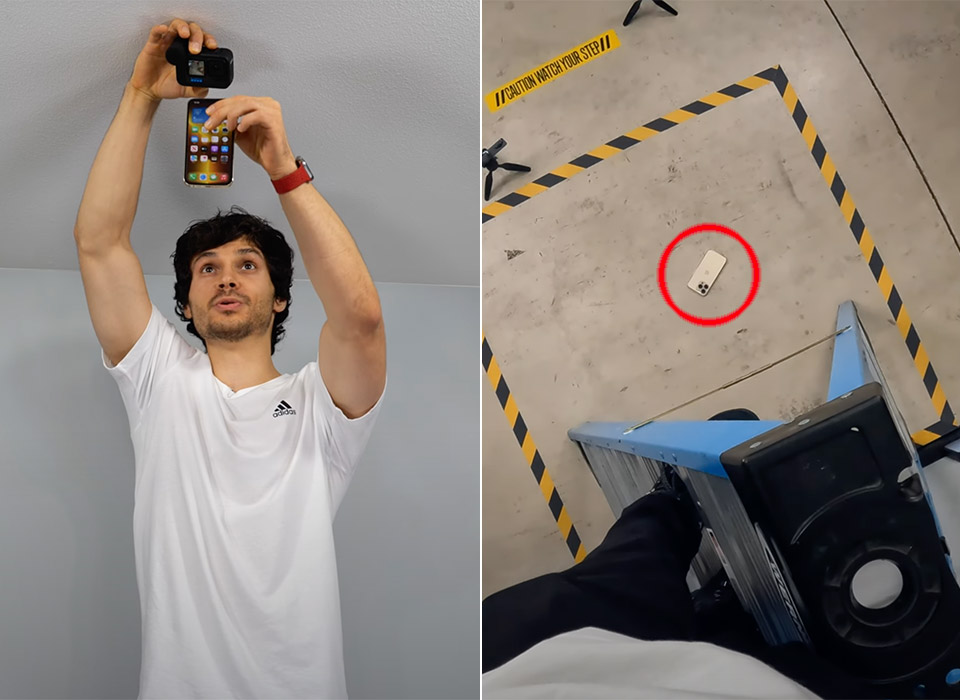 Both the new iPhone 13 Pro and iPhone 13 Pro Max boast a new protective glass coating called Ceramic Shield, which promises up to four-times better drop resistance than previous models, improved optical performance, as well as scratch resistance. Even though this material may be strong, can it withstand a big drop? Filip Koroy of Everything Apple Pro decides to find out and the results are surprising to say the least. Read more to see the test and for additional information. 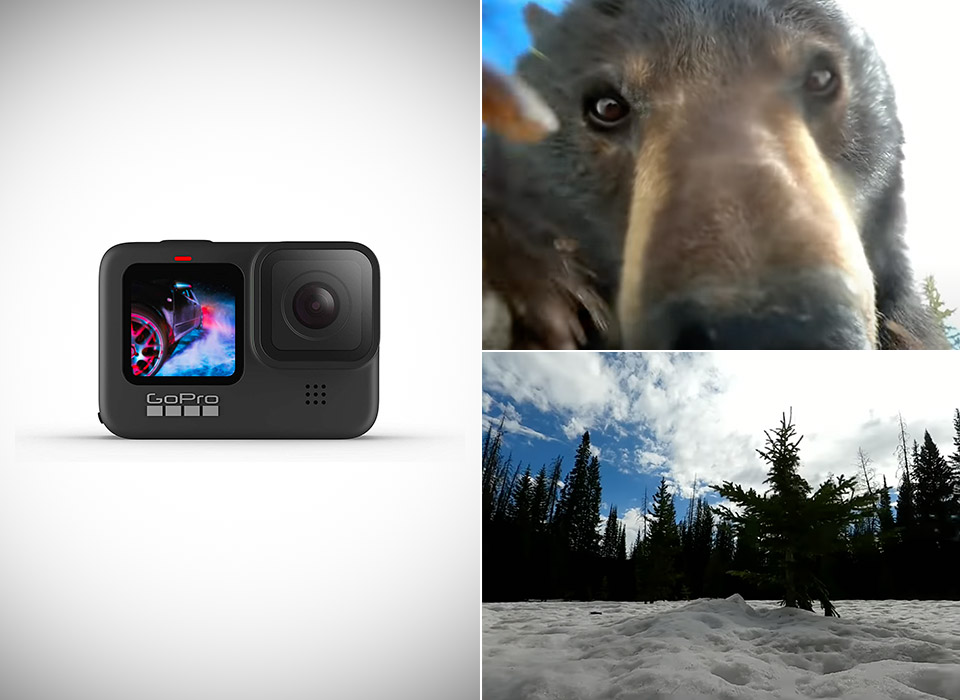 Dylan Schilt, a Laramie resident, was out in the backcountry of Wyoming archery hunting when he recovered a lost GoPro camera. The footage on it was surprisingly of a black bear either playing with or trying to eat the device. Apparently, it had already been sitting there for 4-months after being lost by someone snowmobiling, which explains the snow, before Dylan was able to retrieve the camera. Read more for the bear footage and additional information. 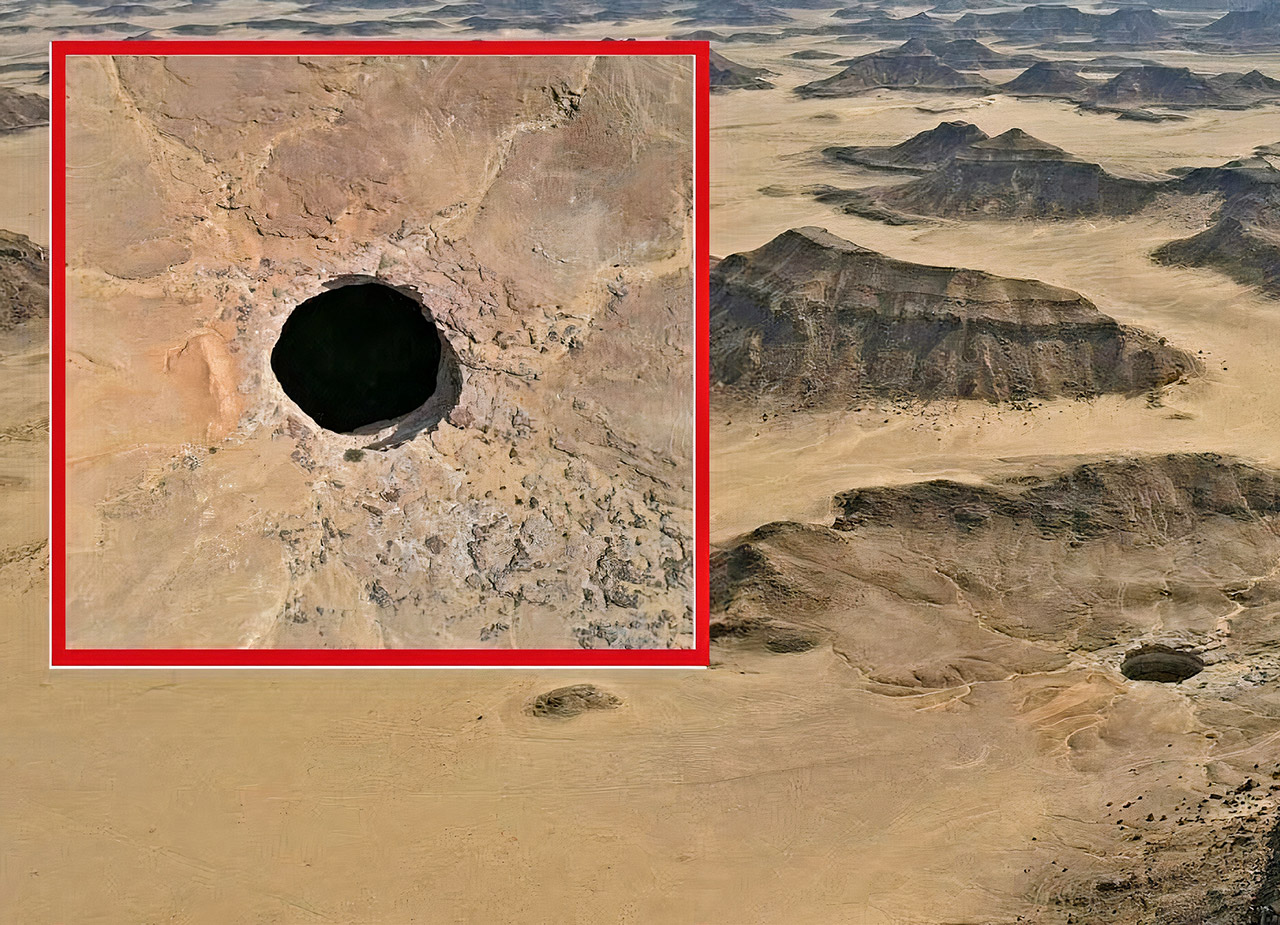 Yemen’s Well of Barhout, also know as the Well of Hell, is rumored by locals to contain genies and evil spirits, but a group of cave explorers got to the bottom of it, literally, to prove otherwise. This 100-foot wide hole in the desert floor of Yemen’s eastern province of Al-Mahra plunges 367-feet beneath the surface and the Oman Cave Exploration Team (OCET) discovered snakes, dead animals as well as cave pearls. Read more for a video and additional information. 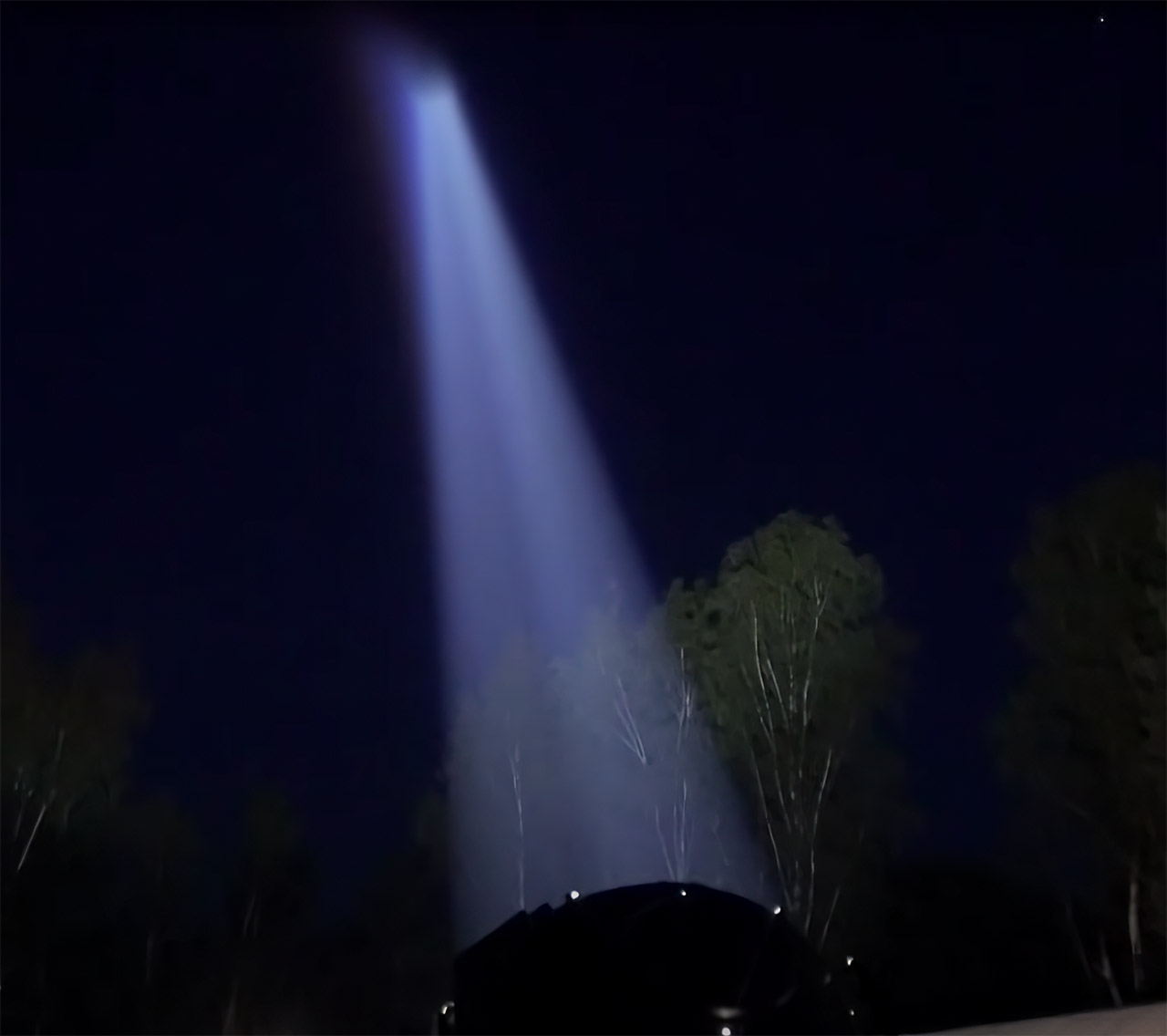 During World War II, massive searchlights were used to detect and track enemy aircraft, but most have never seen one in-action. They normally came in 60, 150 and 200cm sizes, all of which were capable of receiving signals from a control station. An operator would then switch the searchlight on to start the arc burning, while also ensuring that the carbons used to create it are burning correctly and that the beam is focused. Read more for a video and additional information. 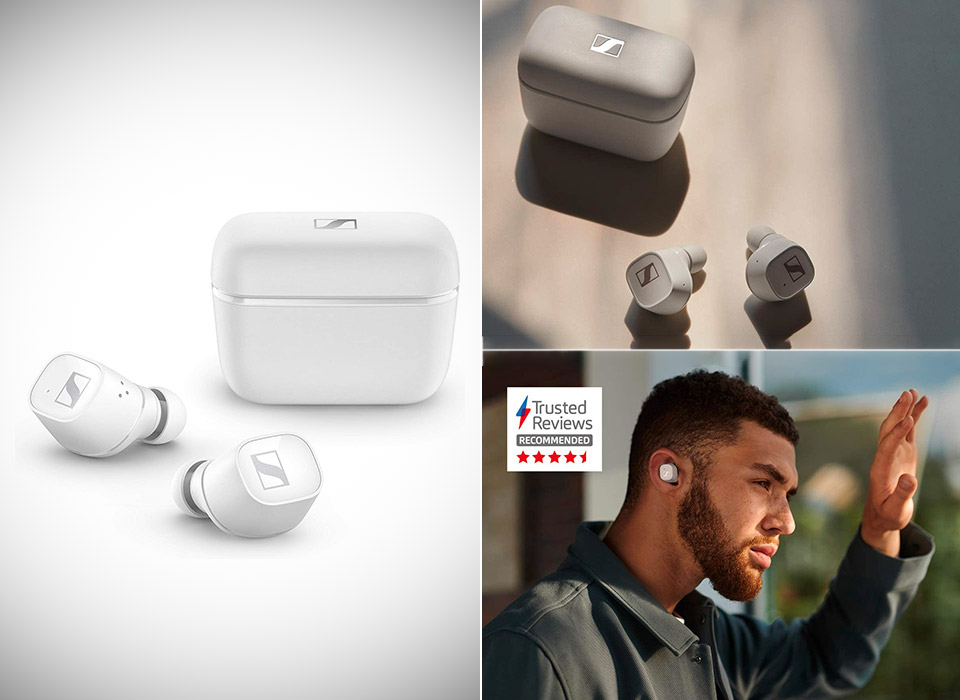 Sennheiser’s CX 400BT True Wireless Earbuds are a great option for anyone looking for an AirPods alternative, and you can get a pair for $89.95 shipped, today only, originally $199.95. Featuring high-fidelity sound with deep bass, natural mids and a clear treble that can all be personalized with the Smart Control App, which lets you play with built-in equalizers for an even more incredible sound quality. Product page. Read more for a hands-on video review and additional information.