Most gamers know that the original NES Zapper, released in 1984 (Japan) / 1985 (US), is a light gun that allows players to aim at the television set display and “shoot” various objects that appear on the screen such as ducks, clay pigeons, targets, cowboys, criminals or other objectives. Texas-based machine prototyping company Precision Syndicate created one using a glock pistol. Continue reading for another picture and more information. 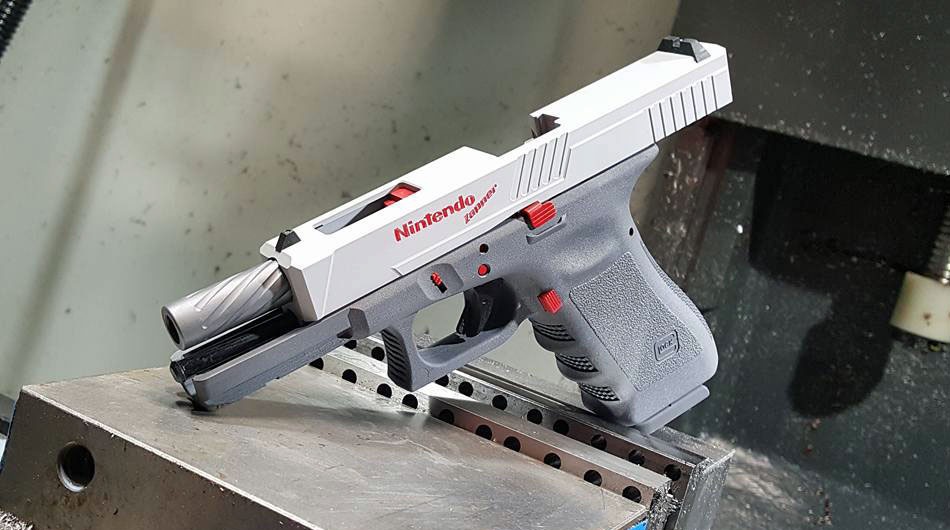 The Zapper was first released in North America in October 1985 as a launch title with the NES. The North American version of the NES Zapper resembled a futuristic science fiction ray gun with a color scheme matching the NES, rather than a revolver like the Famicom version. Early versions of the Zapper were a dark gray, but later it was changed to orange. It was included in the Nintendo Action Set, a bundle that contained the NES console, the NES Zapper, and two games – Duck Hunt and Super Mario Bros. as a multicart.