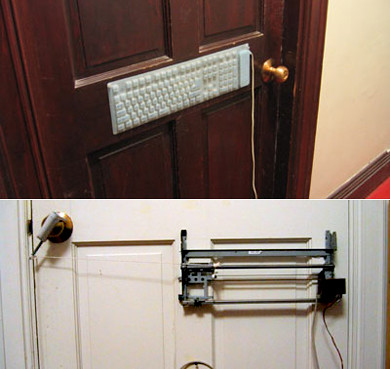 From the dorm room keyboard unlocker to the Wiimote-controlled Smart Home, you’ll find it in this geeky feature.

MIT student Dheera has created “a home-made door unlocker that unlocks a college dorm door with a password entered on a PS/2 keyboard on the other side.”

It is entirely microcontroller (PIC16F630) based and is ideal for the majority of people who are forbidden to modify the locks on their doors, as this simply uses string and a stepper motor to pull the handle. It’s evolved much over time and only recently got to the microcontroller-only stage, primarily for reliability 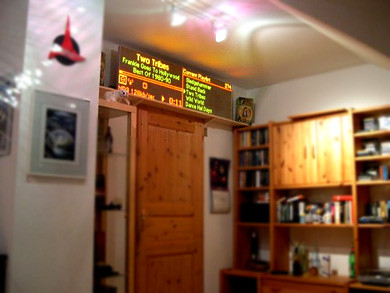 Again such a crazy project of me. It began with the fact that I bought a mountain of LED modules off eBay. And from this this enormous pile of LEDs became a panel

LiquidIce managed to create a custom script/interface that allows him to use a Wiimote to control his entire “Smarthome”.

The true mastermind here is the WACI NX control server that sets everything up, and the entire Wii interface can be emulated with a Nokia 770, as shown. The amount of convergence, and the merit of using the Wiimote as a remote controller, is very clever