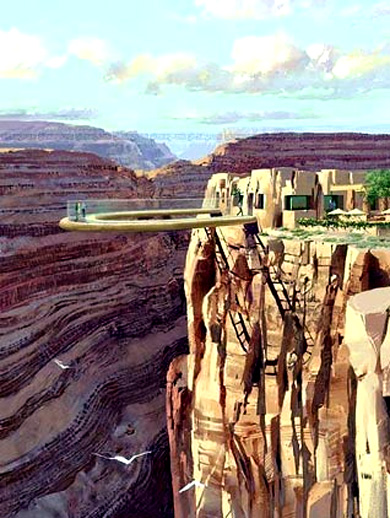 The Grand Canyon Skywalk brings the idea of walking on air to life, using a million pounds of steel and ninety tons of 4-inch thick tempered glass along the way. When it’s completed, it will be able to withstand the weight of up to 800-persons, each weighing 175-pounds. First live construction shots after the jump.

In addition to tuned mass dampers used to minimize vibration from wind and pedestrians, the bridge will be built to withstand extremely high winds and earthquakes. The glass bridge construction of the Skywalk began March of 2004. It will be rolled onto the edge of the canyon between February 27 and March 2, 2007 after passing several days of final testing to replicate weather, strength and endurance conditions of its final destination 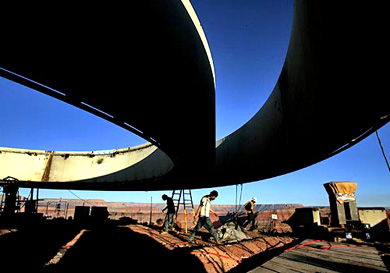 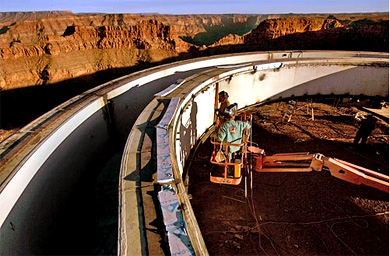 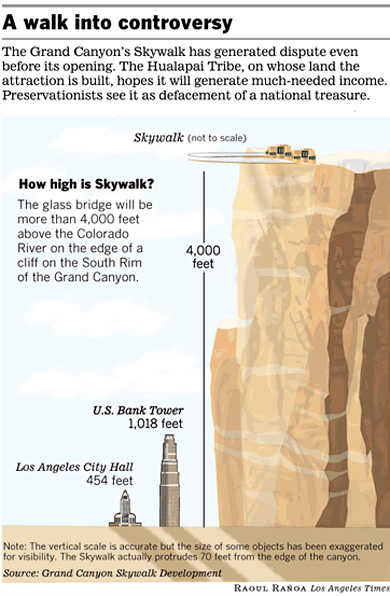 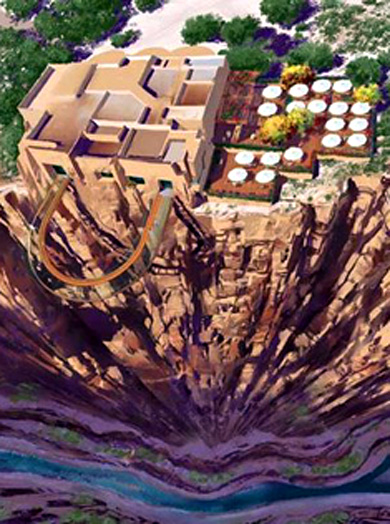