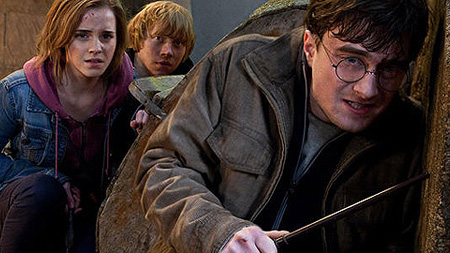 Nearly all the midnight showings of Harry Potter and the Deathly Hallows Part 2 are sold out, but reviews are slowly beginning to hit the internet, starting with IGN’s and Gamespot’s. Video reviews after the break. Here’s the bottom line:

…it’s fair to say that Part II caps off the series perfectly, giving the characters and patient fans of the series in book and film form, a cathartic send-off that never feels cheap and always feels earned.