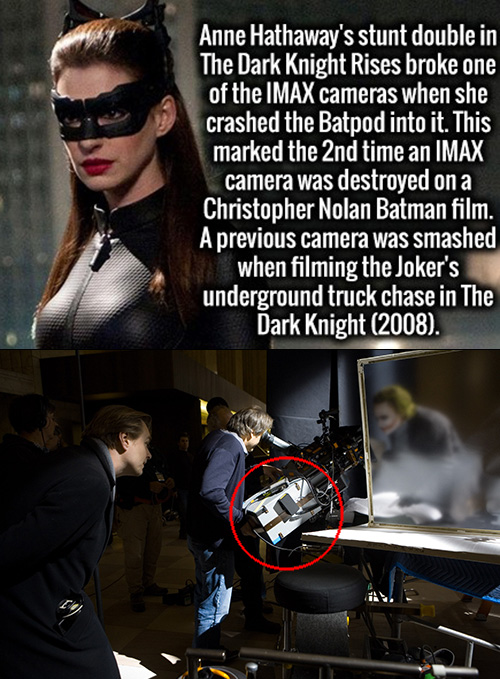 Christopher Nolan may have had a $250-million-dollar budget to work with for The Dark Knight Rises, but it probably didn’t include the cost of replacing a $500,000 IMAX camera. While filming a scene Mellon Institute, Anne Hathaway’s stunt double drove a Batpod directly into one of these pricey camera rigs. IMAX increases the resolution of the image by using a much larger film frame: while a frame of 35mm film offers approximately six thousand lines (6K) of horizontal resolution, an IMAX negative can potentially display the equivalent of 18 thousand lines (18K) of horizontal resolution. Continue reading for more interesting facts.

FAVI FE01-BL Mini Wireless Keyboard with Touchpad Gets 70% Reduction to $19.99, Today Only