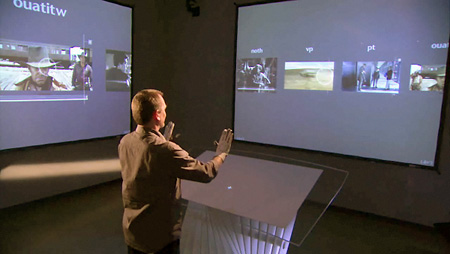 Finally, Oblong’s g-speak brings the “Minority Report” OS to life. It “combines ‘gestural i/o, recombinant networking, and real-world pixels,’ to deliver what the creators call ‘the first major step in [a] computer interface since 1984.'” Video after the break.

One of the science advisors from the Steven Spielberg film — along with a team of other zany visionaries — has created an honest-to-goodness, real-world implementation of the computer systems seen in the movie.

Ready 2 Rumble – The Boxing Game That was Almost Perfect