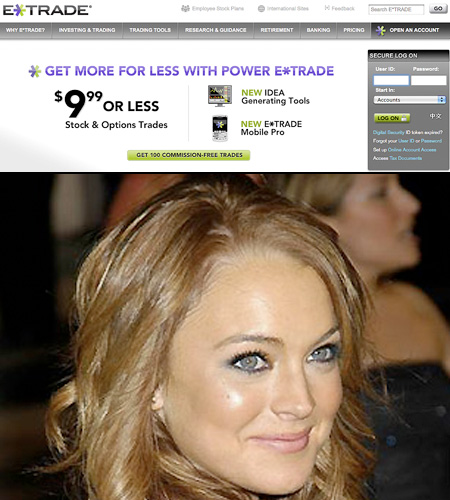 Actress Lindsay Lohan has filed a lawsuit against E*Trade for $100-million, claiming “one of the online brokerage’s recent TV ads featuring a ditzy, ‘milkaholic’ baby girl named Lindsay is modeled after her and improperly invoked her ‘likeness, name, characterization, and personality’ without permission, violating her right to privacy.”