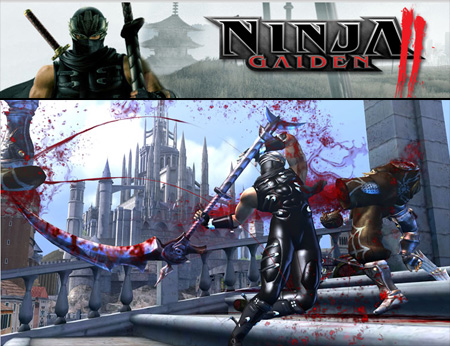 Ninja Gaiden 2 for the Xbox 360 features “a new and improved game engine, developed from the ground up, exclusively for Microsoft and Xbox 360 by Team Ninja and legendary game developer Tomonobu Itagaki, creator of the famed Dead or Alive� franchise.” Video after the jump. First picture in gallery.

Featuer: What if Microsoft Designed These Gadgets?

VIDEO: Cap Blaster Blowgun – “The Weapon of a Ninja”