A father and son duo from Australia were fishing southeast of Green Cape off the coast of Victoria, and managed to catch an incredibly rare goblin shark, the only remaining member of the 125-million-year-old Mitsukurinidae family of sharks. Notable facial features include a long and flat snout that sits above a set of unusually long jaws filled with sharp nail-like teeth. Continue reading for a video and a full-body shot. 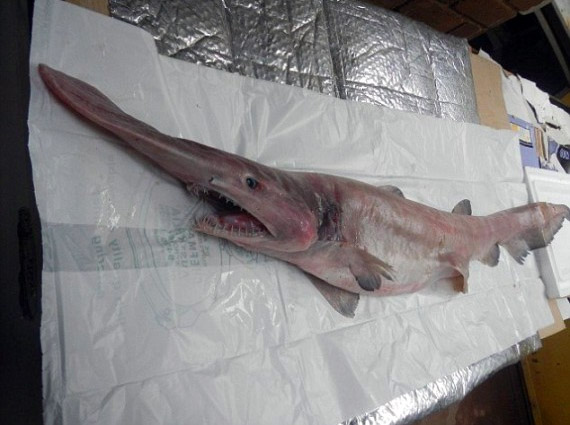 “Lochlainn and Mike Kelly caught the goblin shark while trolling at a depth pf 609 meters. They turned it over to the Merimbula Wharf Aquarium where they were told the 1.2 meter shark was only 2-to-3 years old. The shark will now be sent to the Australian Museum in Sydney,” says Mysterious Universe.

James Robertson Walks 21-Miles a Day to and from Work After Car Breaks Down, Internet Donates $270K to Help