Aisha Mustafa, a young physicist from Egypt, has patented a next-generation quantum propulsion system that could send spacecraft to other solar systems without using a single drop of fuel. Mustafa says that this quantum effect can be harnessed with the dynamic Casimir effect, which utilizes a ‘moving mirror’ cavity, where two reflective flat plates are held close together and then manipulated in order to interact with the quantum particles. By moving the silicon plates, energy is created out from nothing, and a net force is generated, which would be used to push, pull or propel a spacecraft. Continue reading for more pictures and information. 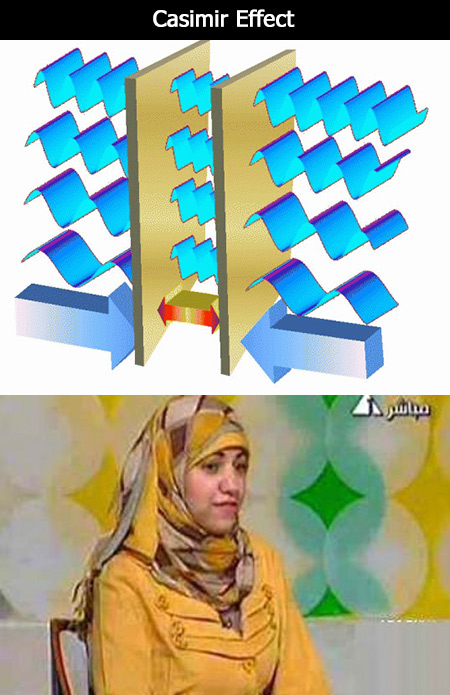 According to Inhabitat: “In terms of energy usage, it is most like solar power in how the energy is used, and is much more efficient than the rocket fuel that is currently used to power spacecrafts. Current rockets, like the Dragon X, are tricky to control due to the energetic thrusters, and even NASA’s futuristic proposals such as ion drives still need power – even the USS Enterprise needed dilithium crystals. That is what makes young Mustafa’s system all the more amazing, it doesn’t need fuel and provides astronauts with much greater control of their spacecraft. It would also transform how satellites are controlled, allowing for simpler, cheaper and more reliable missions.”

Invicta Signature II Chronograph Black Steel Watch 7366 Gets 91% Off for $69.99 Shipped, Today Only

PlayStation 5 Concept Unveiled, Controllers Look Like a Cross Between Xbox One and Logitech Accessories