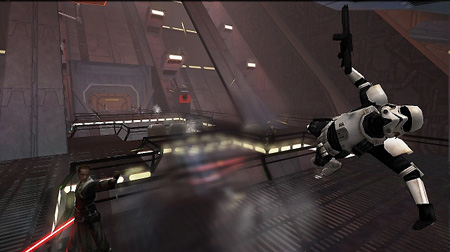 Star Wars: The Force Unleashed for the Wii “adds an exclusive duel mode in which players can compete head-to-head with their friends to determine the ultimate Jedi Master.” Video after the break. Click here for first picture in gallery.