The original Tomorrowland debuted at Disneyland on July 17, 1955, with only several of its planned attractions open, due to budget cuts. The construction of the park was rushed, so this themed area was the last to be finished, and became something of a corporate showcase, despite Walt Disney’s reluctance. Monsanto Company, American Motors, Richfield Oil, and Dutch Boy Paint were some of the many companies to open showcases in Tomorrowland in the first few years. One cost-cutting idea was to reuse the sets of the Nautilus from Disney’s 1954 movie 20,000 Leagues Under the Sea as a walkthrough attraction. This remained open until 1966. Continue reading for more rare pictures of Disneyland’s opening day in 1955. Click here for a few bonus “then and now” images.

13. Walt Disney, Seemingly In Deep Thought, Sits Alone On A Bench In His Disneyland Amusement Park 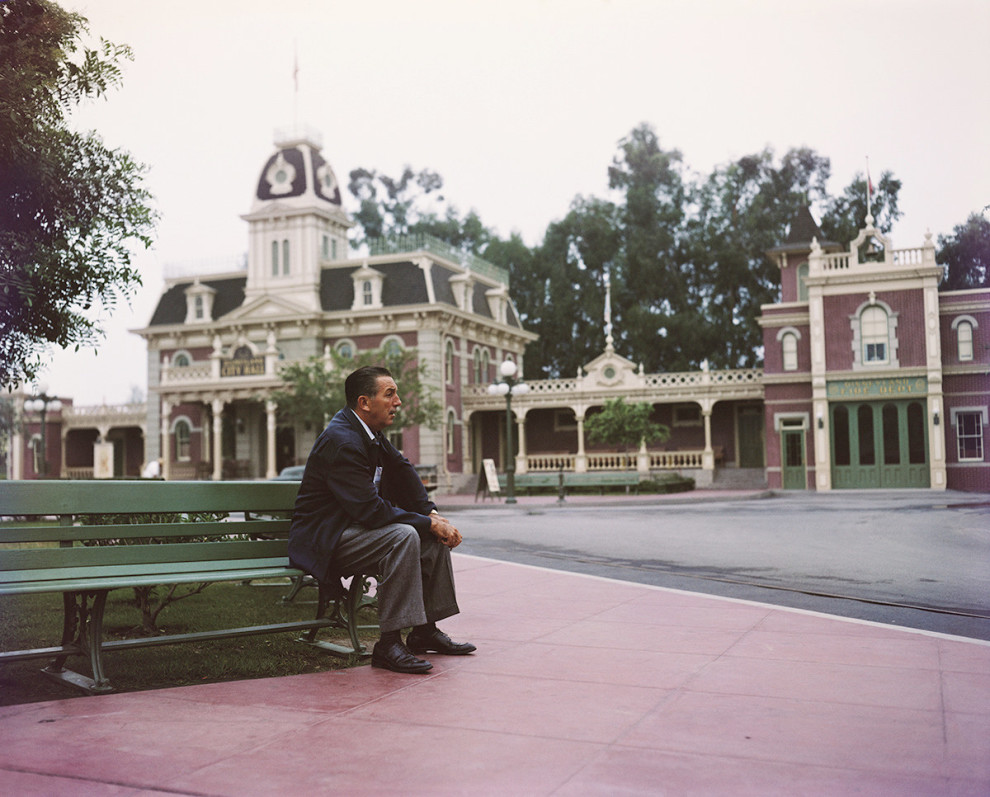 12. Walt Disney Stands With A Brass Band And Attendees To Dedicate His Park On Opening Day 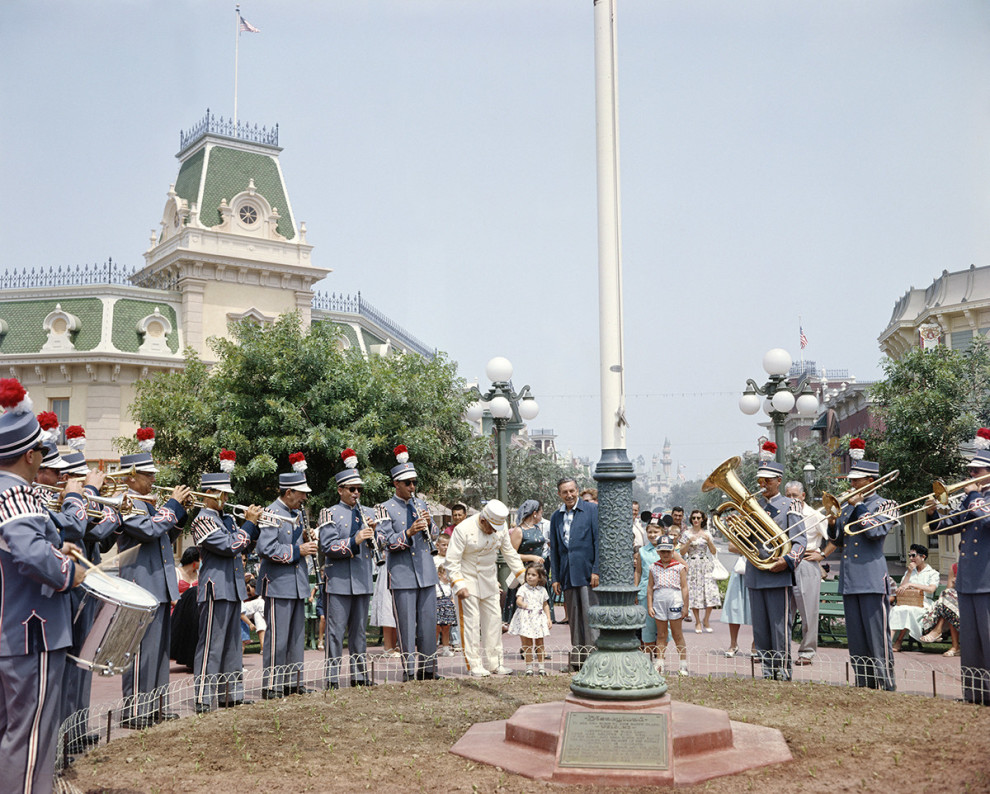 11. The Disneyland Opening Day Parade Is Met With Crowded Streets And Smiles 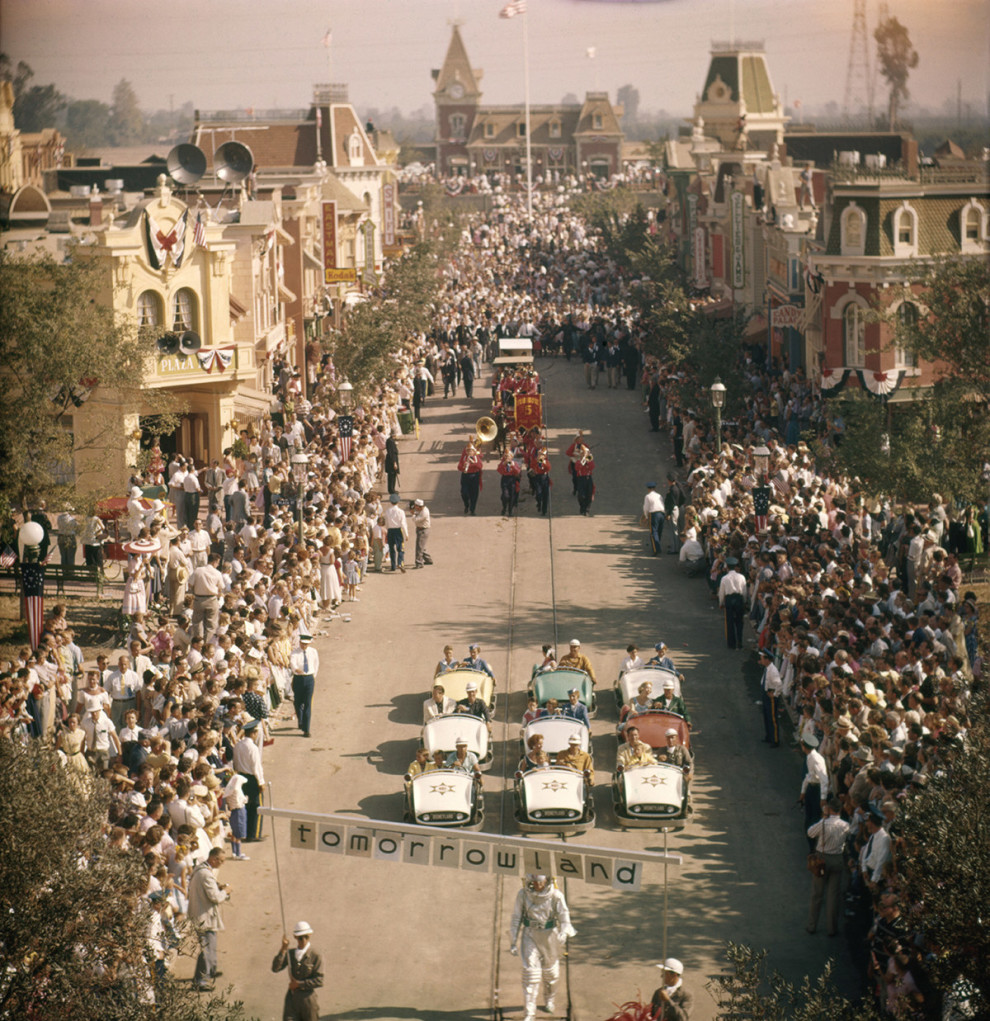 10. Walt Disney Smiles As He Stands In Front Of The Sleeping Beauty’s Castle 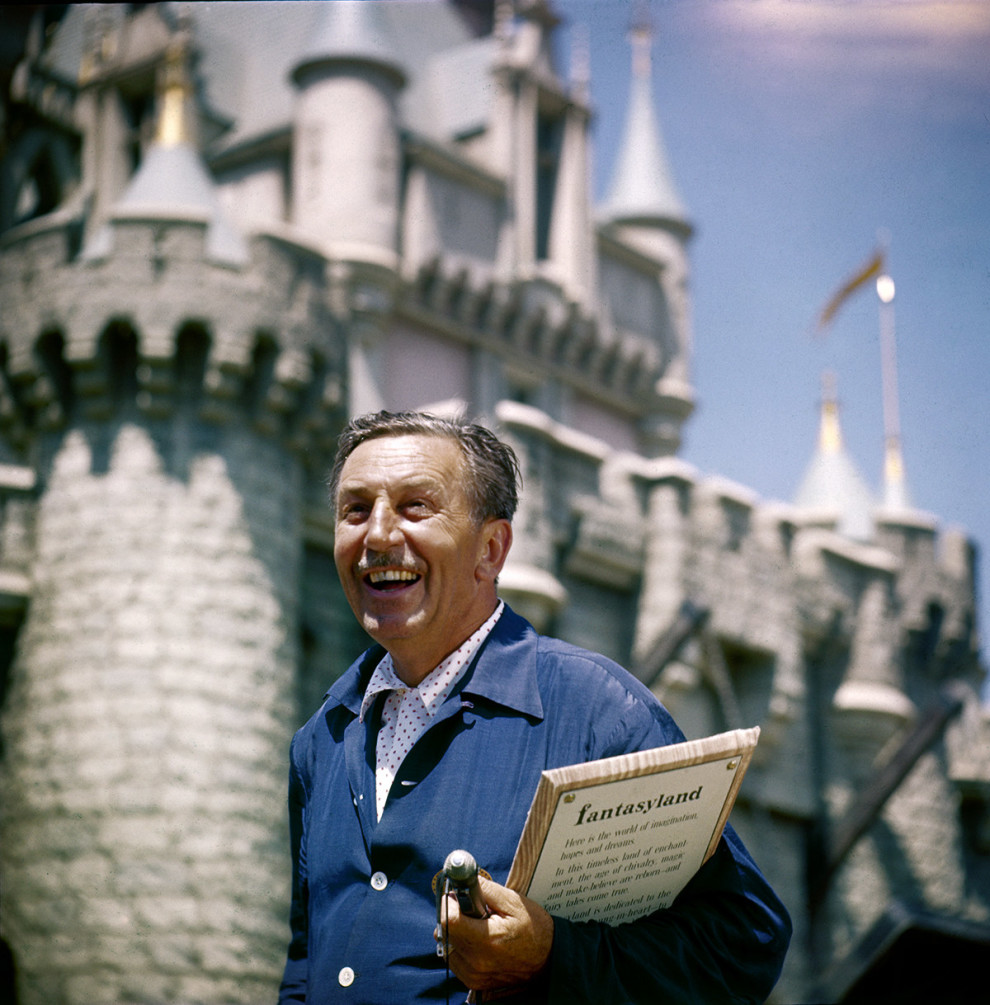 9. A Full Parking Lot On The Opening Day Of Disneyland 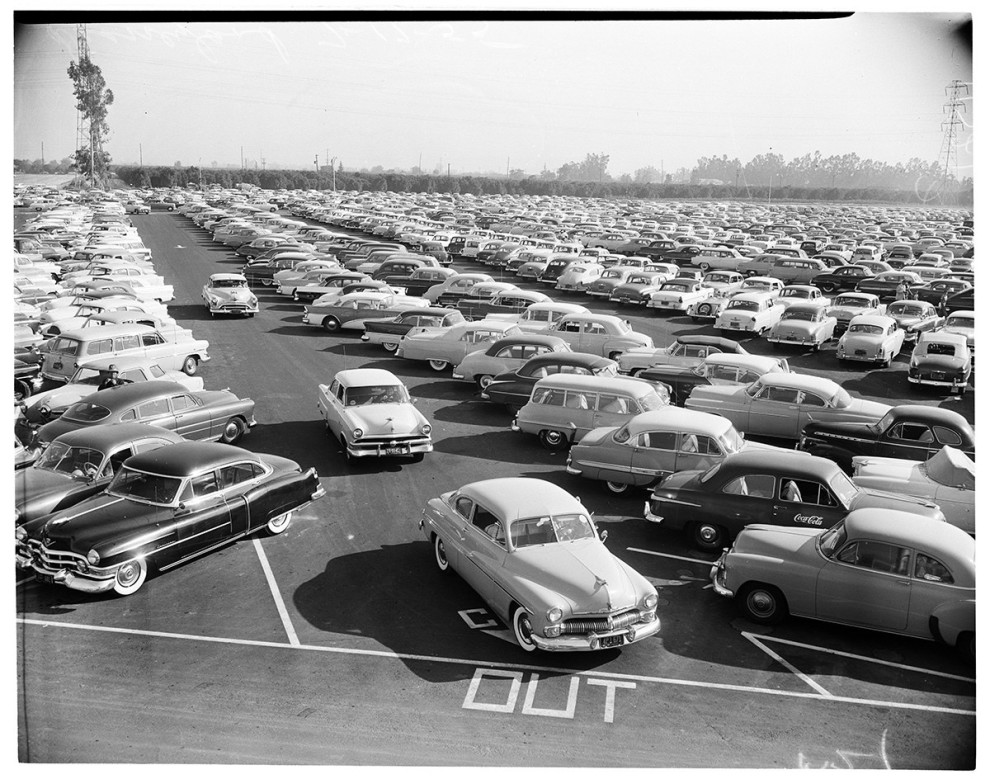 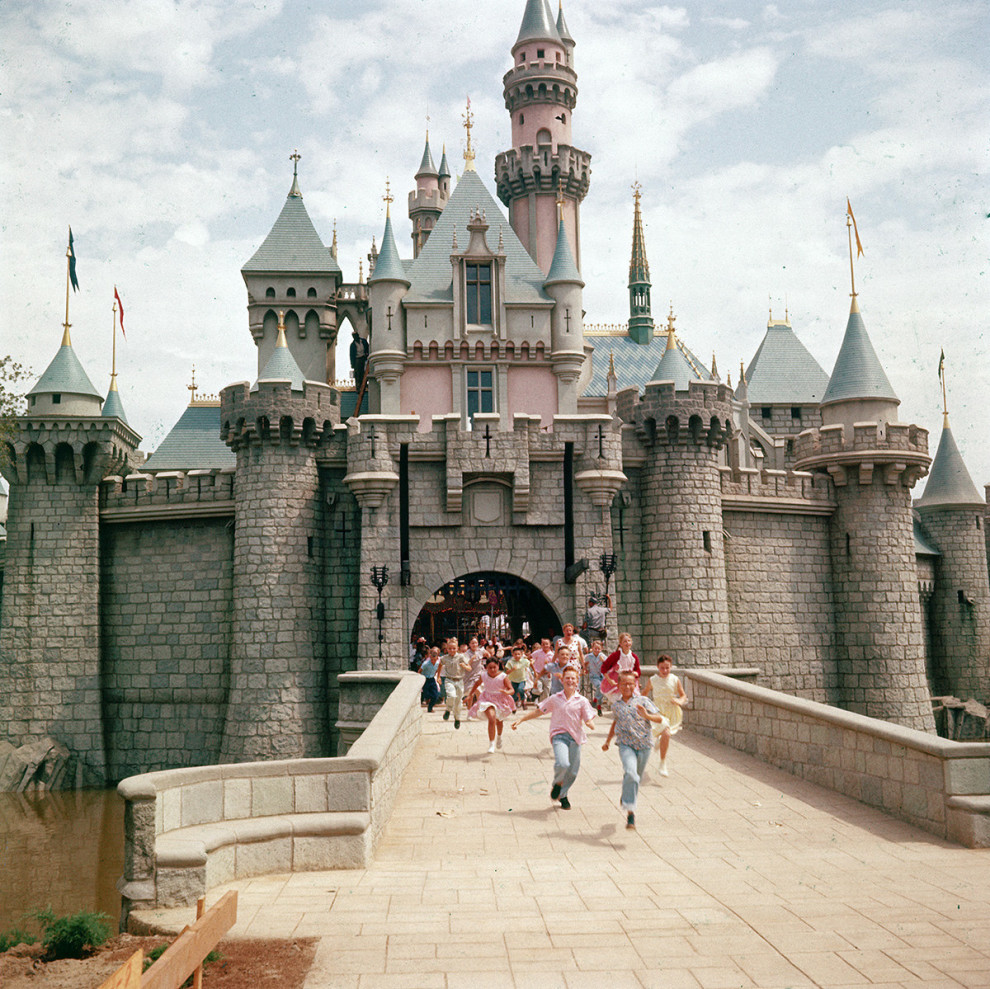 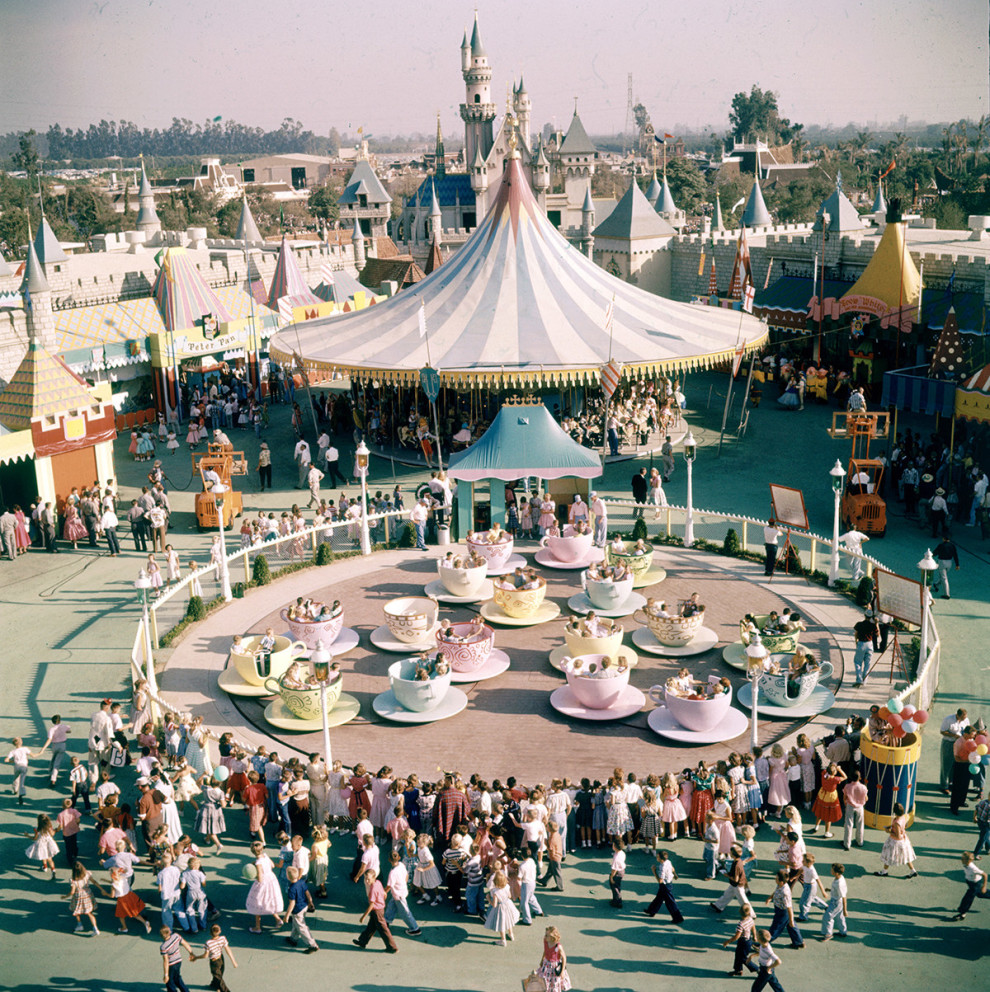 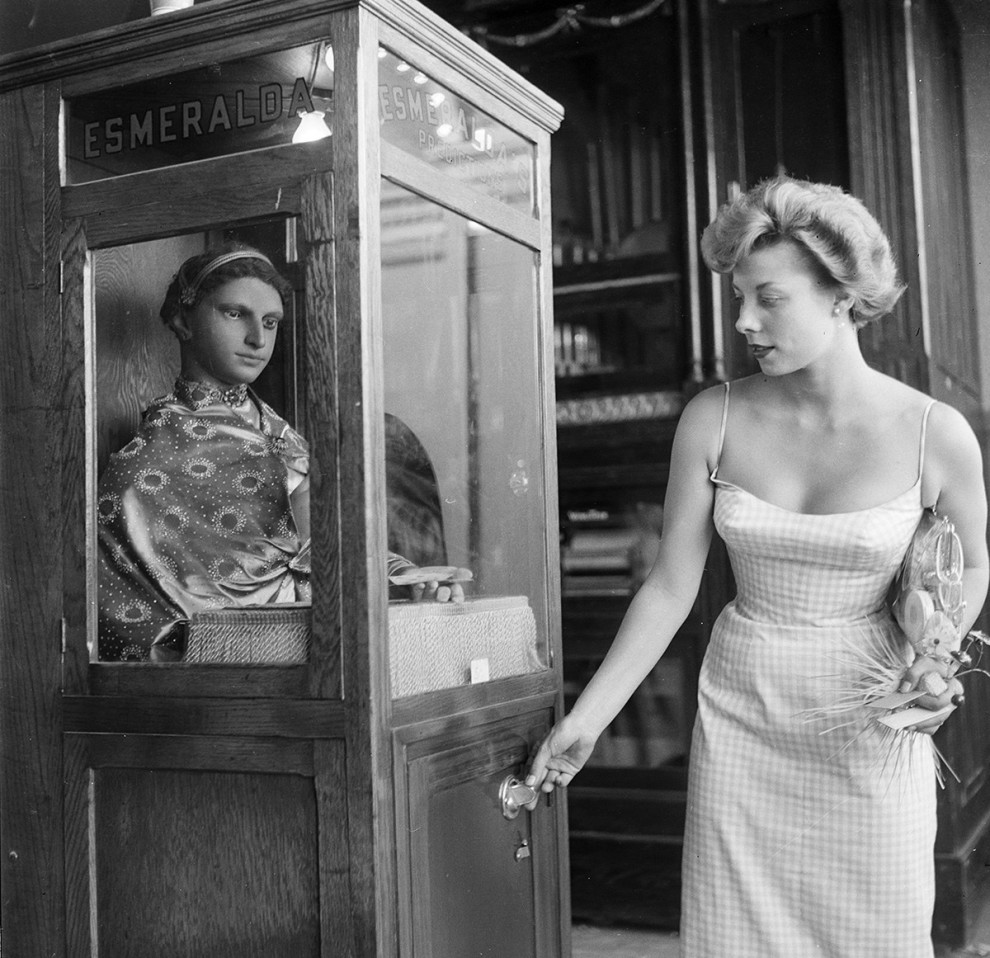 5. Eddie Fisher Offers A Drink To An Aluminum Clad Spaceman As Actress Debbie Reynolds Looks On 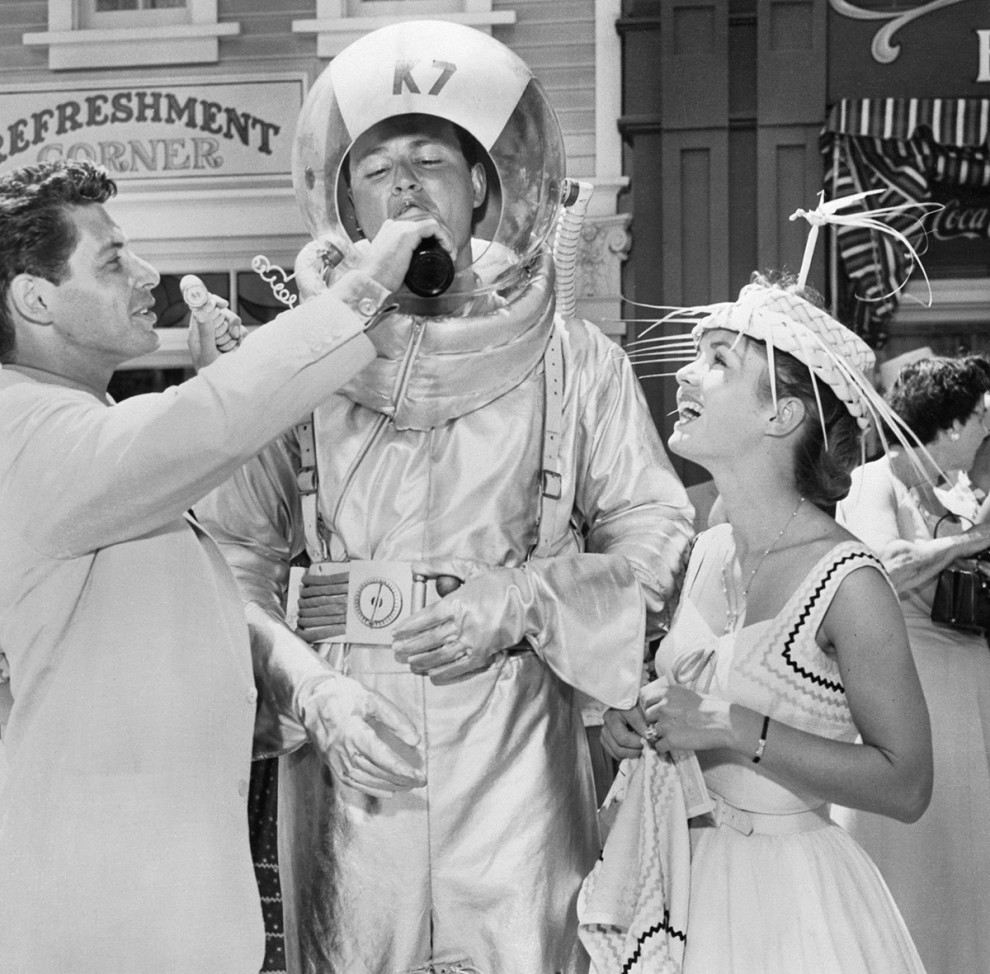 4. Park Attendees Take A Spin In Autopia At Disneyland 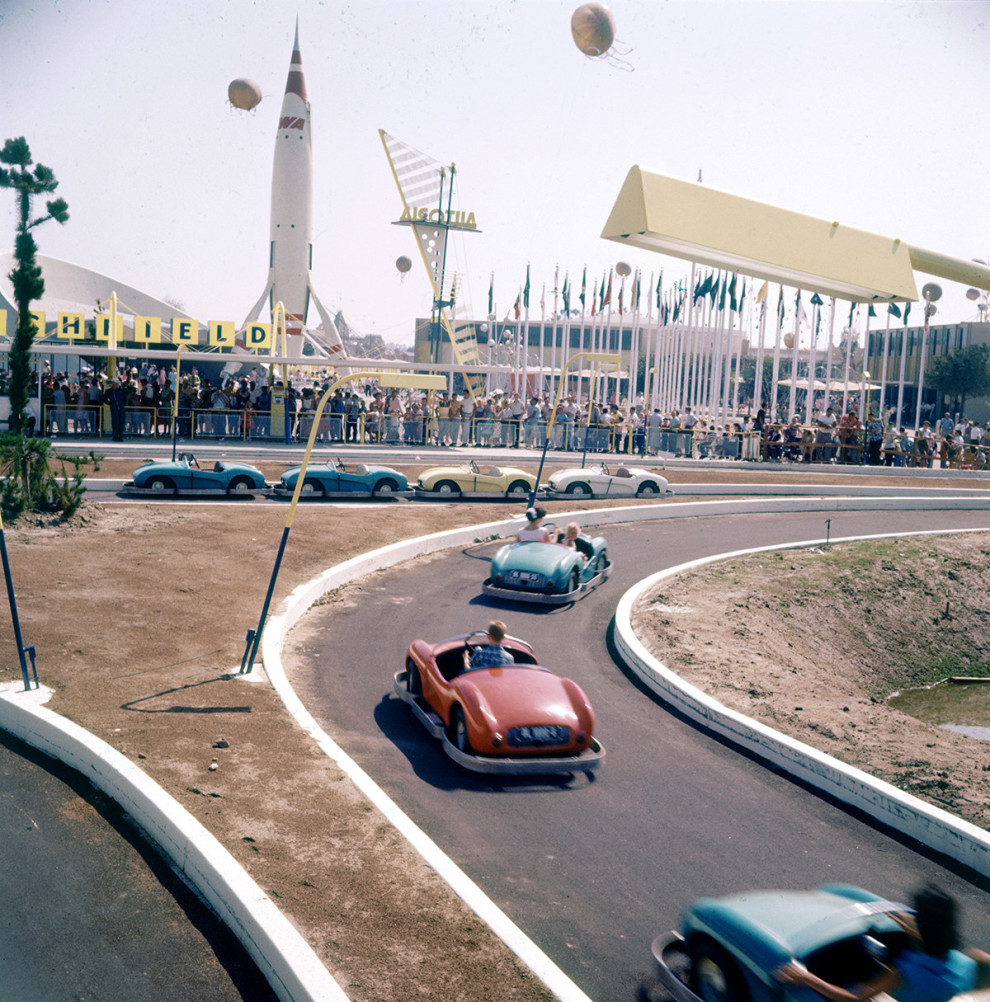 3. People Stop Of A Rest In Tomorrowland’s ‘Space Port’ 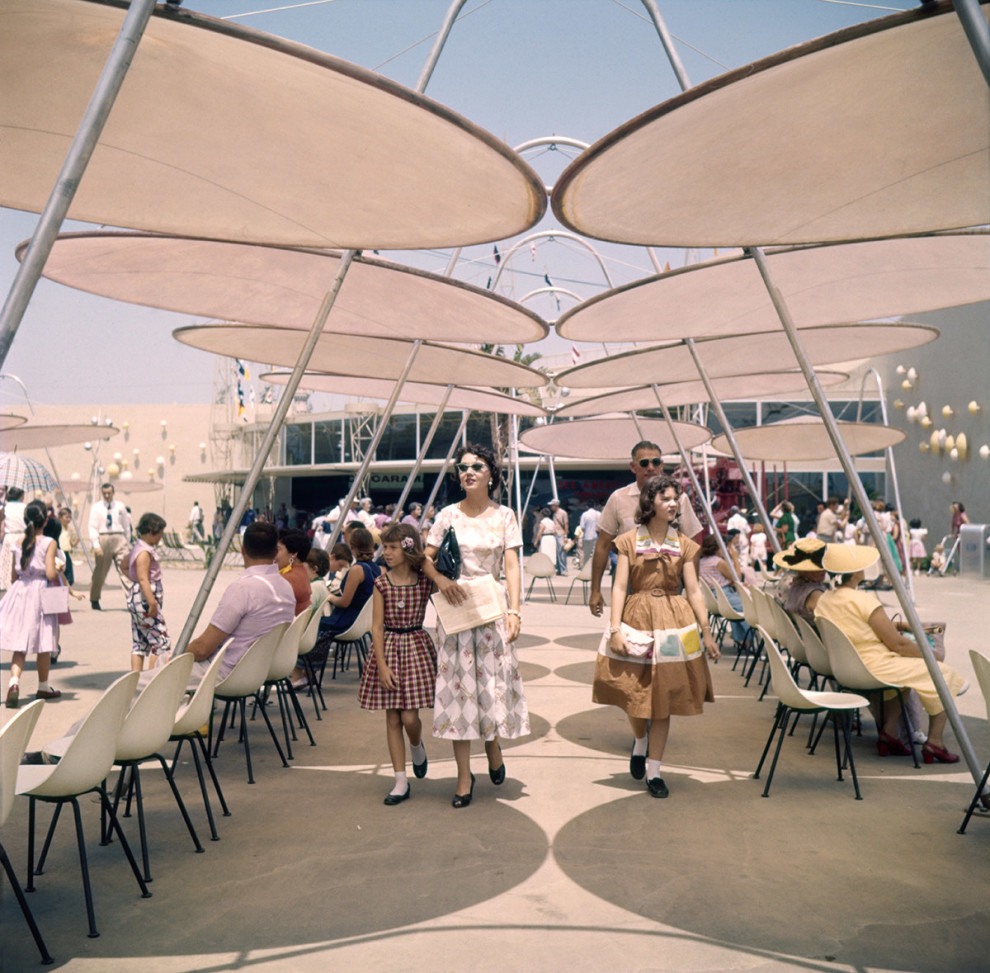 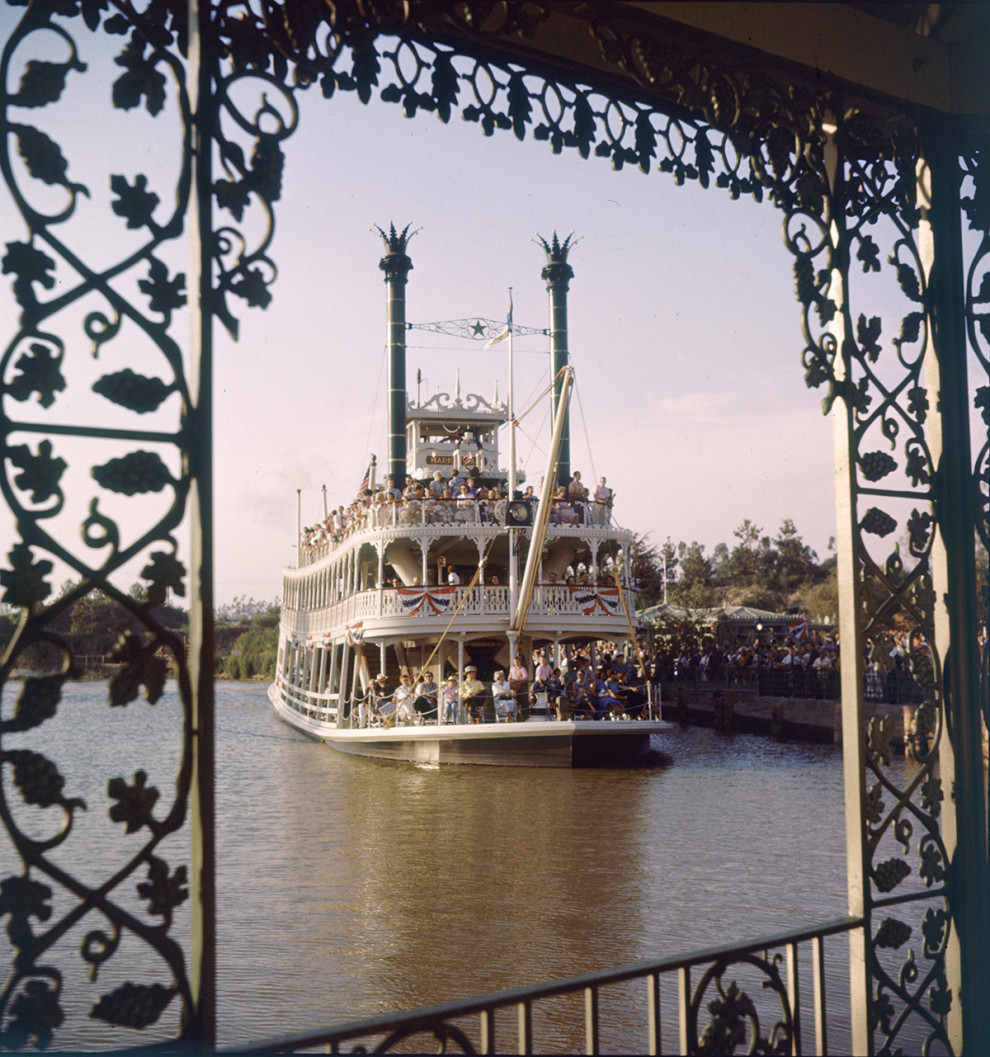 1. An Animatronic Giraffe Peers Down At Children On Disneyland’s ‘Jungle Cruise’ 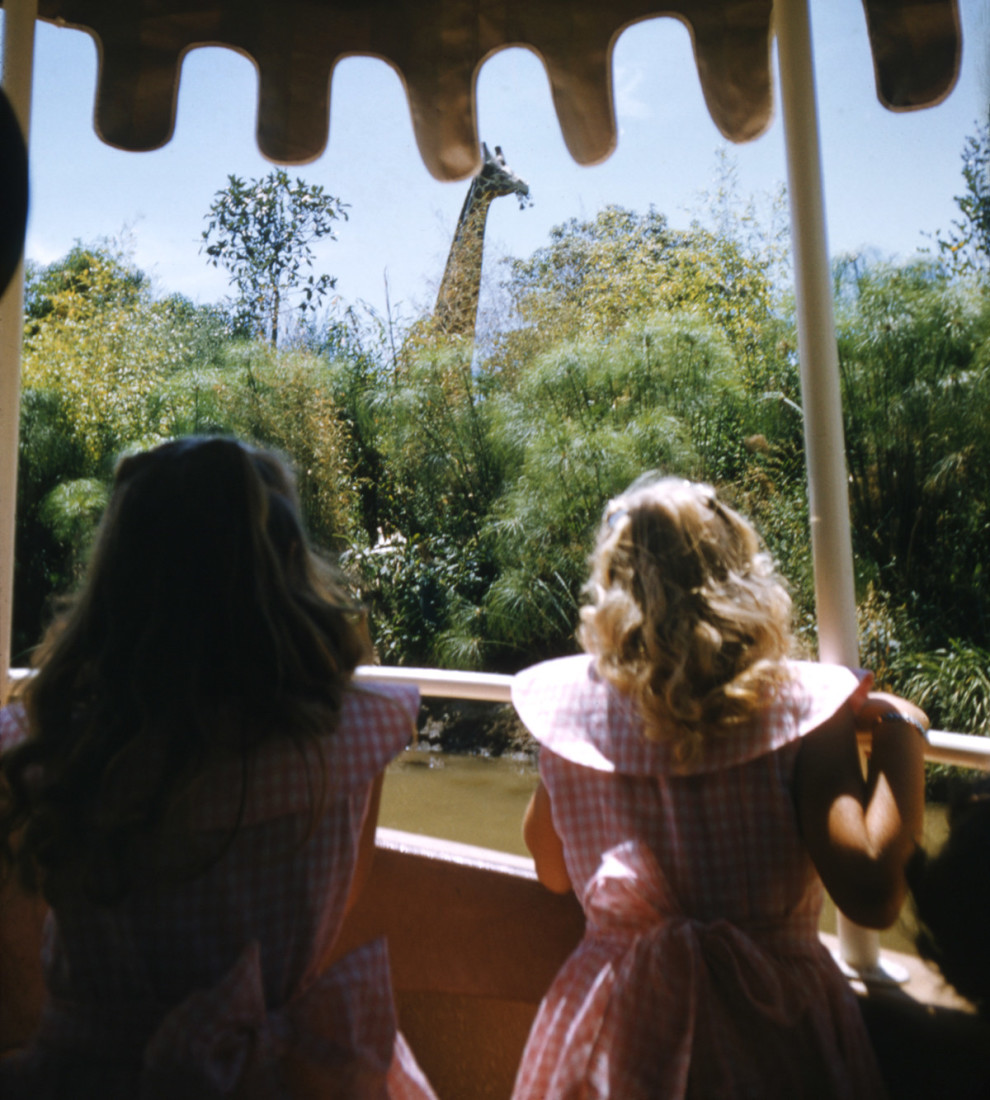 This is Not a Lamborghini Murcielago LP640, Just a Heavily Modified Chevrolet Camaro Z28