It may look like a post-apocalyptic bunker, but this is actually the Metropolitan Area Outer Underground Discharge Channel, an underground water infrastructure project in Kasukabe, Saitama, Japan. It’s currently the world’s largest underground flood water diversion facility, built to mitigate overflowing of the city’s major waterways and rivers during rain and typhoon seasons. Continue reading for a video, more pictures and additional information. 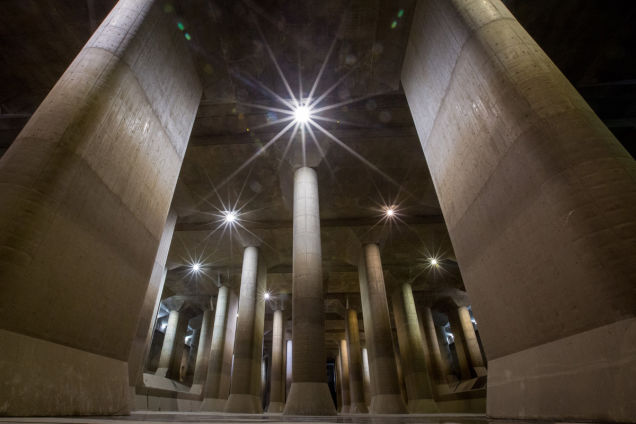 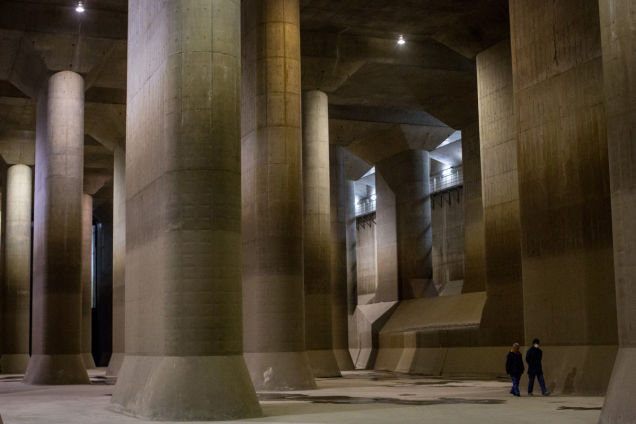 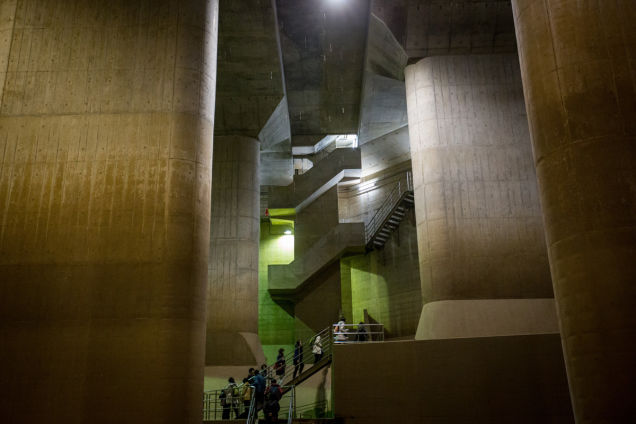 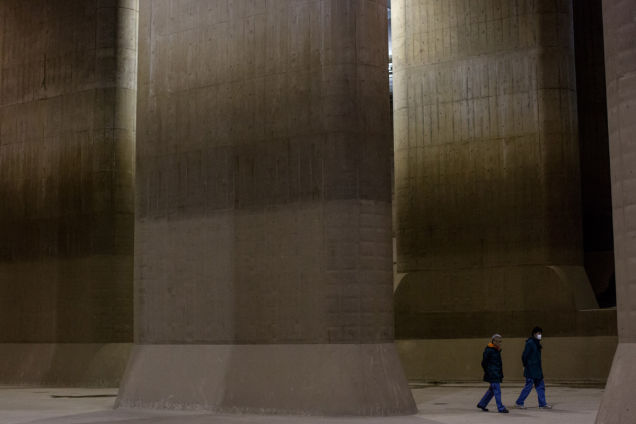 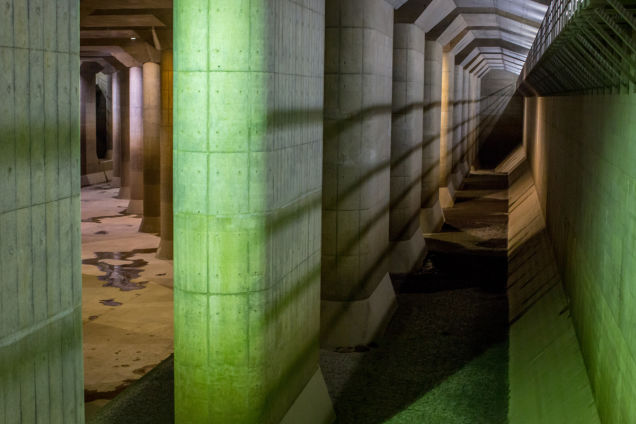 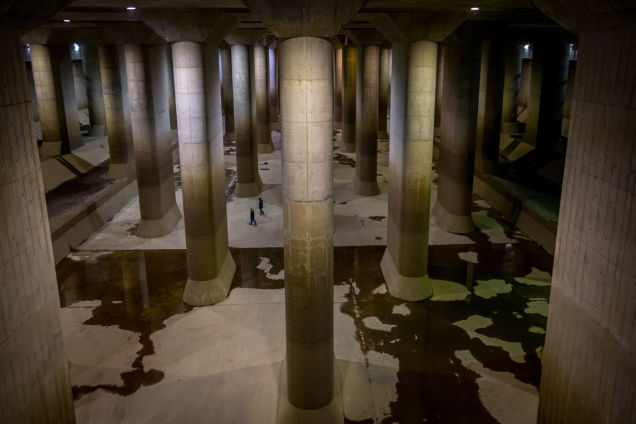 Work on the project started in 1992 and was completed by early 2009. It consists of five concrete containment silos with heights of 65 m and diameters of 32 m, connected by 6.4 km of tunnels, 50 m beneath the surface, as well as a large water tank with a height of 25.4 m, with a length of 177m, with a width of 78m, and with 59 massive pillars connected to 78 10MW pumps that can pump up to 200 tons of water (the approximate equivalent of a standard 25 meter pool) into the Edo River per second.