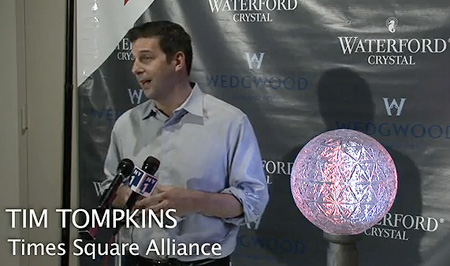 Here’s a behind-the-scenes look at Waterford Crystal’s new ball design, which is set to hit the Times Square New Years Eve 2010 bash. The installation’s “triangles, each about 3/8″ thick and 6.8 ounces in weight are custom made and built to exacting standards to withstand the stresses of high winds, precipitation and temperature fluctuation that exist over 400 feet above Times Square.” Video after the break.