Wearing a homemade metal mask that protects you from flying sparks is one thing, using a plastic bag wrapped around your head, nearly suffocating you, is another. We’ve rounded up ten more bizarre safety FAILS for your viewing enjoyment. Continue reading to see them all. 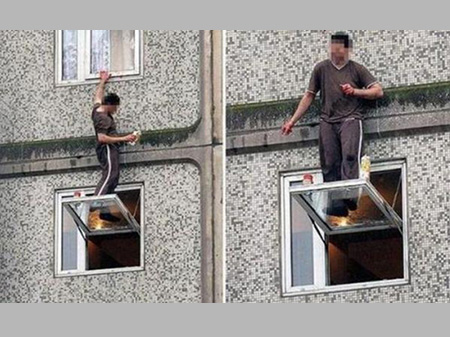 If you’re not a professional window cleaner with proper equipment, don’t do what this guy is attempting: folding his window outwards and then proceeding to stand on it, in hopes an accident does not occur. 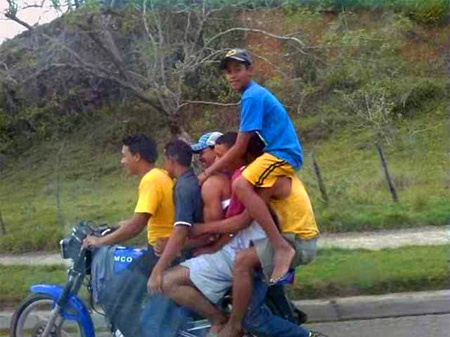 We’ve heard of two or maybe even three people riding on a large motorcycle, but six people is just absurd. Even if they don’t get into any trouble, just by simply braking too hard could be dangerous for the people riding in the back. 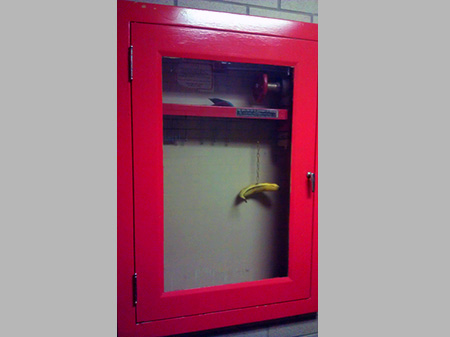 In case of fire, break open and eat banana just doesn’t sound as safe as a real extinguisher. One alternative use for this would be for those on a diet to lock up their refrigerator and then place the key inside one of these break to open contraptions. 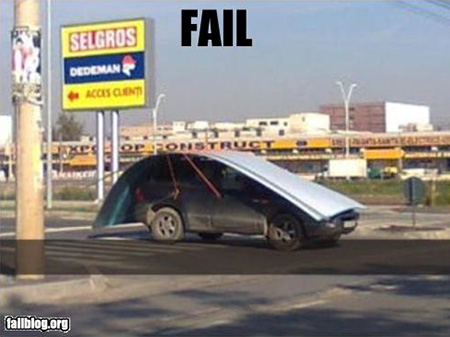 If your goal is to get into a crash, this would probably be one of the dumbest ways to do it. Rather than rent a truck or have the hardware store deliver these panels, this person decided to hang them over the entire length of this car. 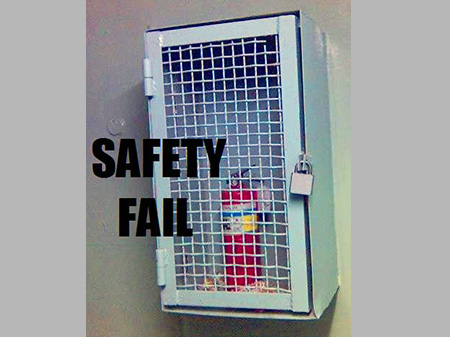 Now if there’s a fire, and you’re left without the key, putting it out will definitely be a huge problem. There’s really no need to lock up a fire extinguisher unless you live in an area where the theft of them is commonplace, but if that’s the case, fires should be the least of your worries. 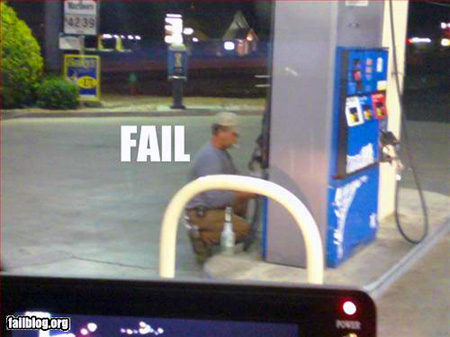 Smoking while pumping gas is just a movie scene waiting to happen, one in which you probably won’t make it out alive. Plus, it’s highly doubtful that the cigarette this guy is smoking is of the electronic variety. 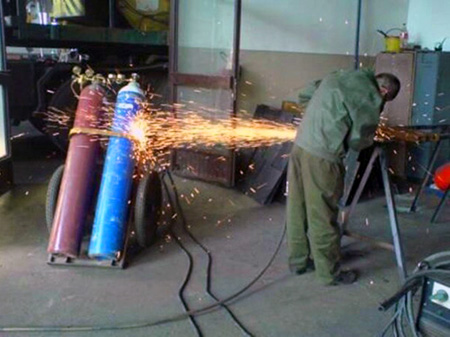 Before you start grinding anything, make sure that any flammable tanks are placed away from the direction of flying sparks, or else you may end up an internet star, but not in a good way. 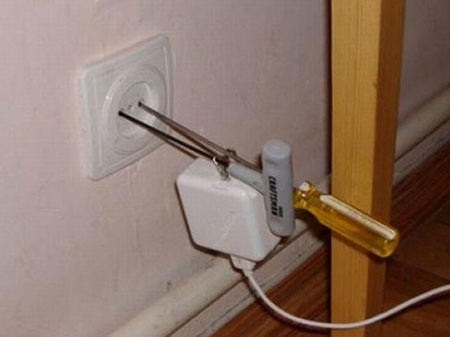 So, you’re on a business trip and don’t have the proper AC converters and only have a few tools laying around. Should that be the case, don’t follow in the footsteps of this person who decided to make their own rather than buy one. 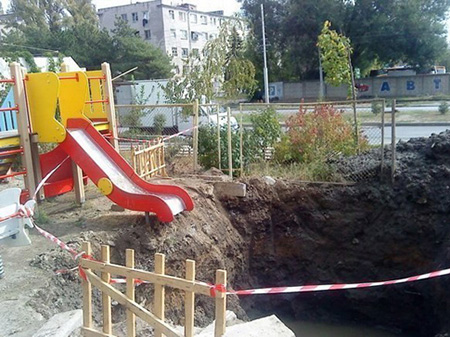 Before ragging on this slide too much, we do have to say that if the owners are planning to build a miniature pool, all will be forgiven. Otherwise, sliding directly into a mud pit doesn’t sound like the most fun of activities, or so some adults may think. 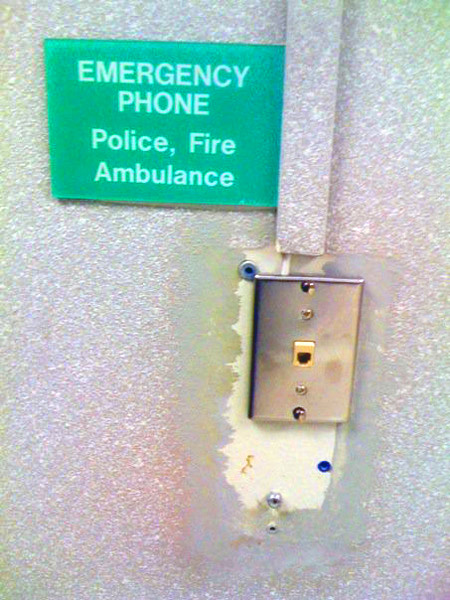 Who are you going to call in case of an emergency? Well, if you’re in this building, it definitely won’t be anyone that can be reached by phone, as it was removed (or stolen).