When viewed from space, Bondi Beach in Sydney, Australia looks like a painting – for those interested in checking it out just copy and paste these coordinates into Google Earth 33°53’28″S 151°16’40″E. Benjamin Grant says: “Overview of Bondi Beach in Sydney. One of the city’s most popular destinations, the beach gets its name from the Aboriginal word ‘Bondi’ that means waves breaking over rocks.” Continue reading for more. 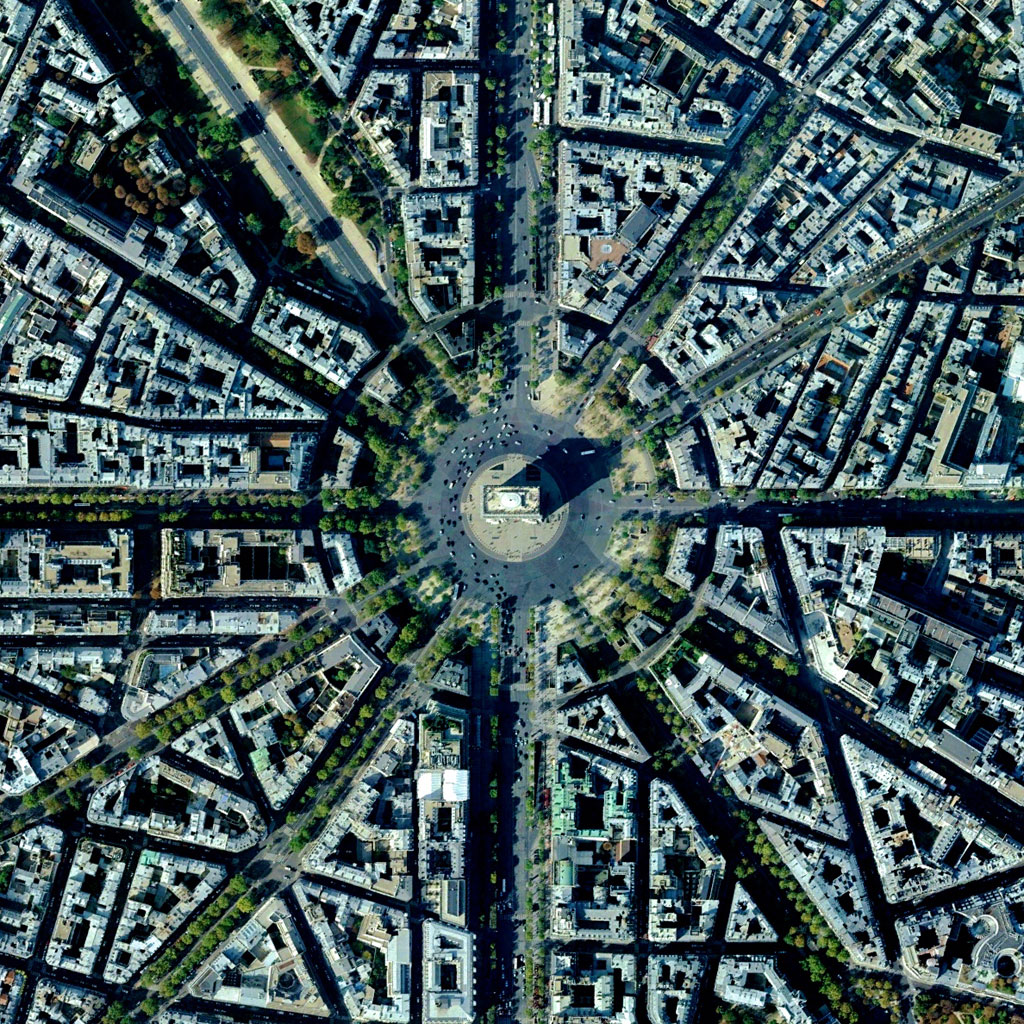 The Arc de Triomphe is located at the center of twelve radiating avenues in Paris, France. Because of numerous delays, including the abdication of Napoleon, construction of the monument took nearly 30 years to complete. 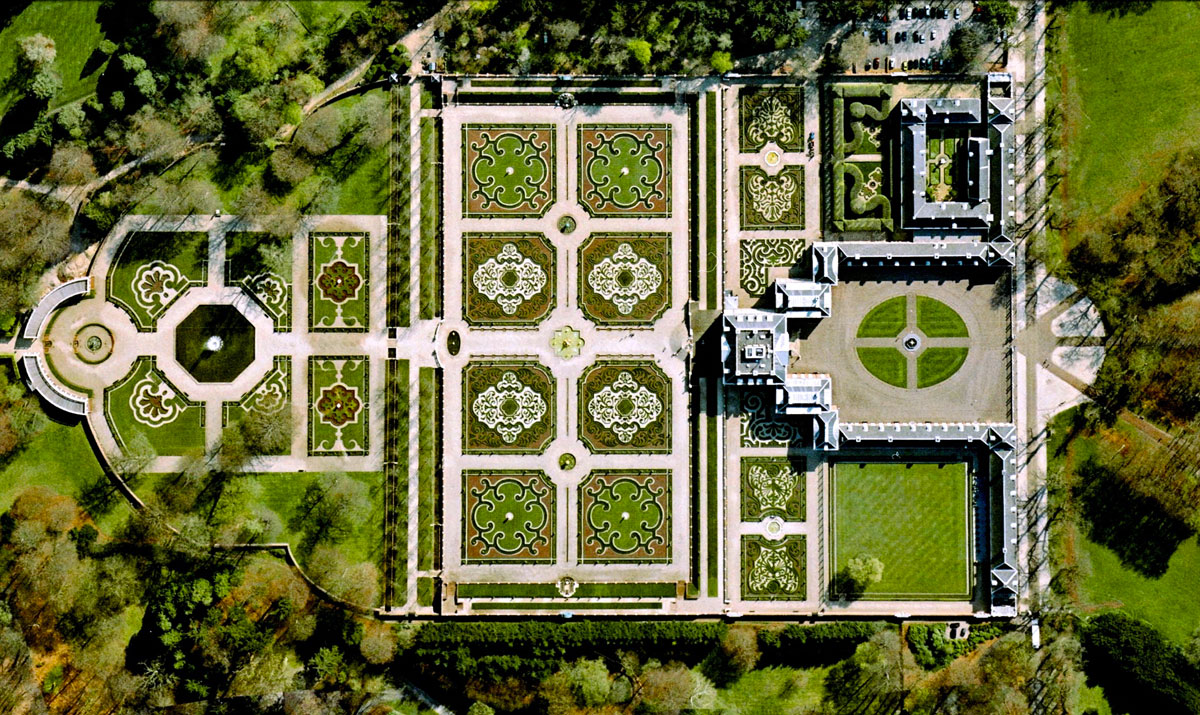 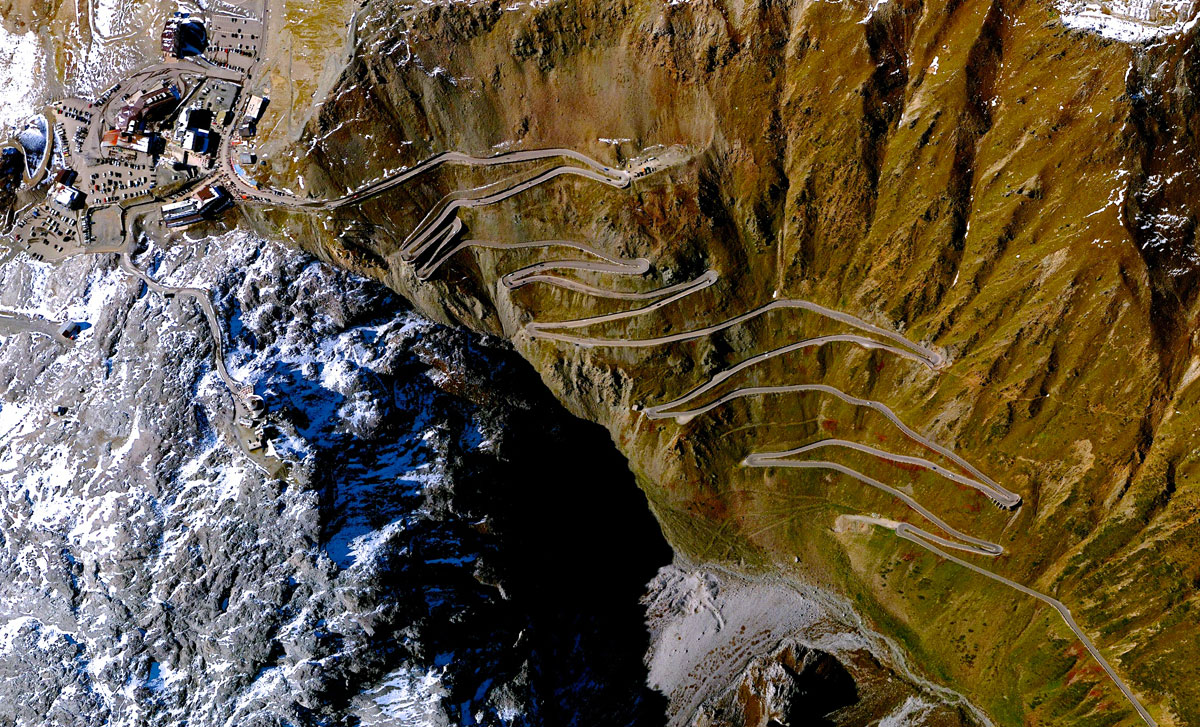 The Stelvio Pass is a road in northern Italy that is the highest paved roadway in the Eastern Alps with an elevation of 2,757 m (9,045 ft) above sea level. Only accessible in the summer months (June-September), the road and its 75 hairpin turns are sometimes scaled during the famous Giro d’Italia cycling race. 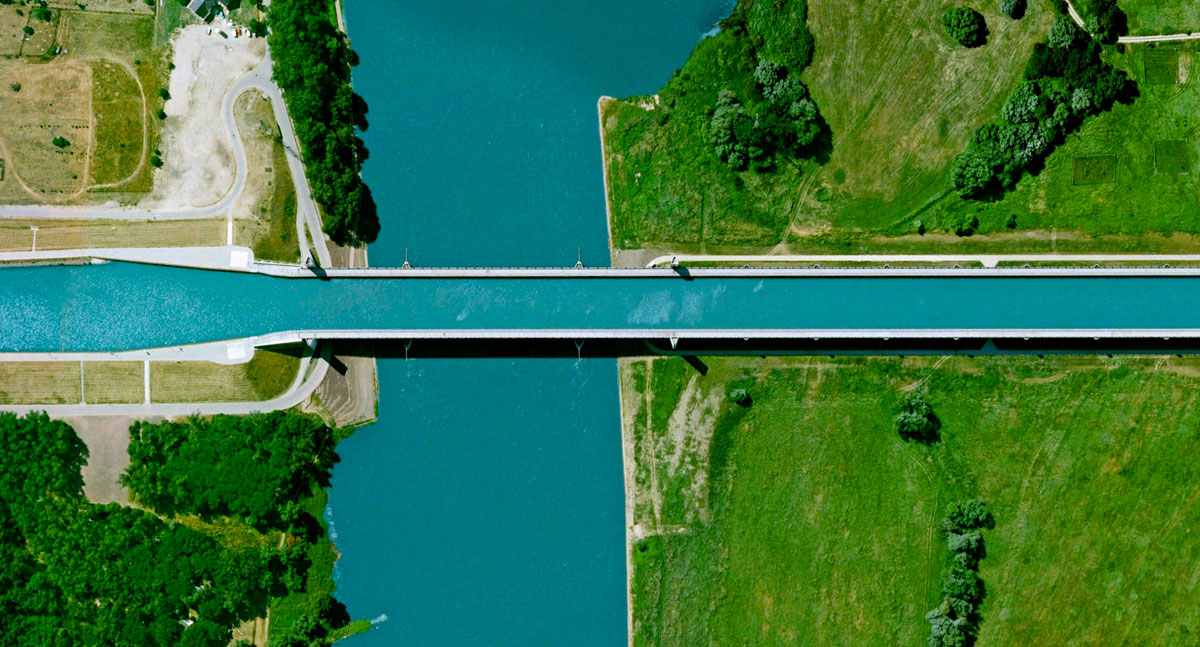 The Magdeburg Water Bridge is a navigable aqueduct in central Germany. As the largest bridge of its kind in Europe, it spans the Elbe River to directly connect two canals, allowing large commercial ships to pass between the Rhineland and Berlin without having to descend into and then out of the Elbe. The structure was built with 24,000 tons of steel and 68,000 cubic meters of concrete. 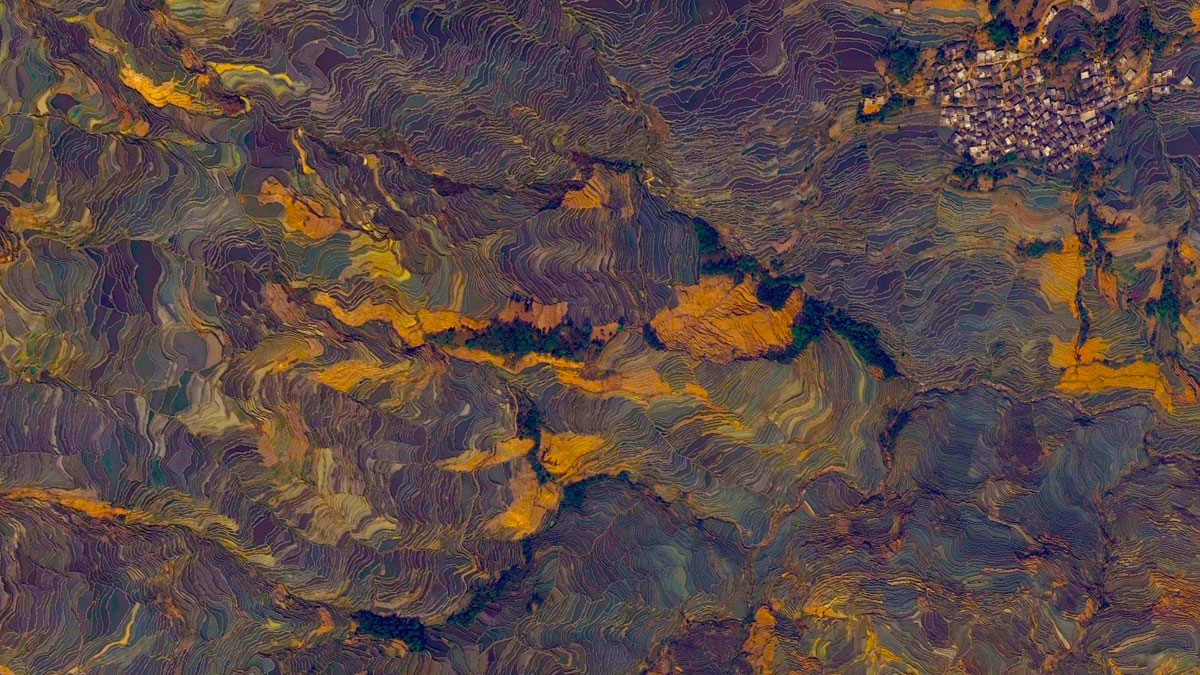 For the past 1300 years, the Hani people of Yuanyang County, China have cultivated spectacular, terraced rice paddies on mountainsides. 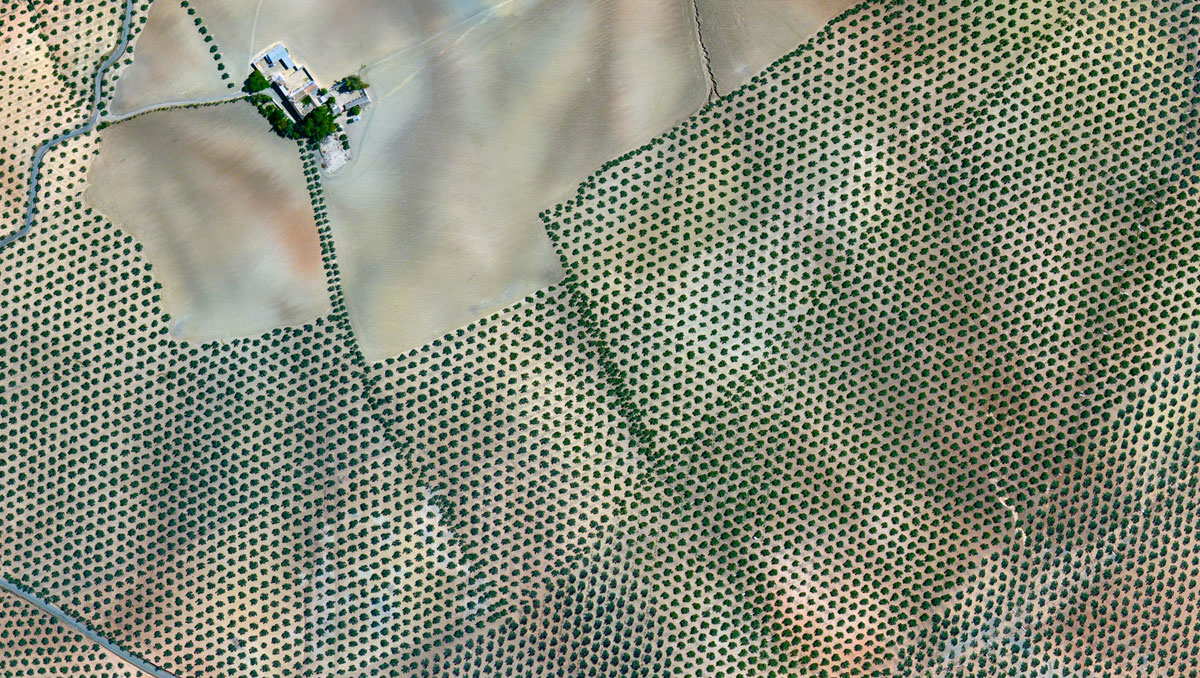 An olive tree plantation covers the hills of Cordoba, Spain. Approximately 90% of all harvested olives are turned in to oil, while the 10% are eaten as table olives. 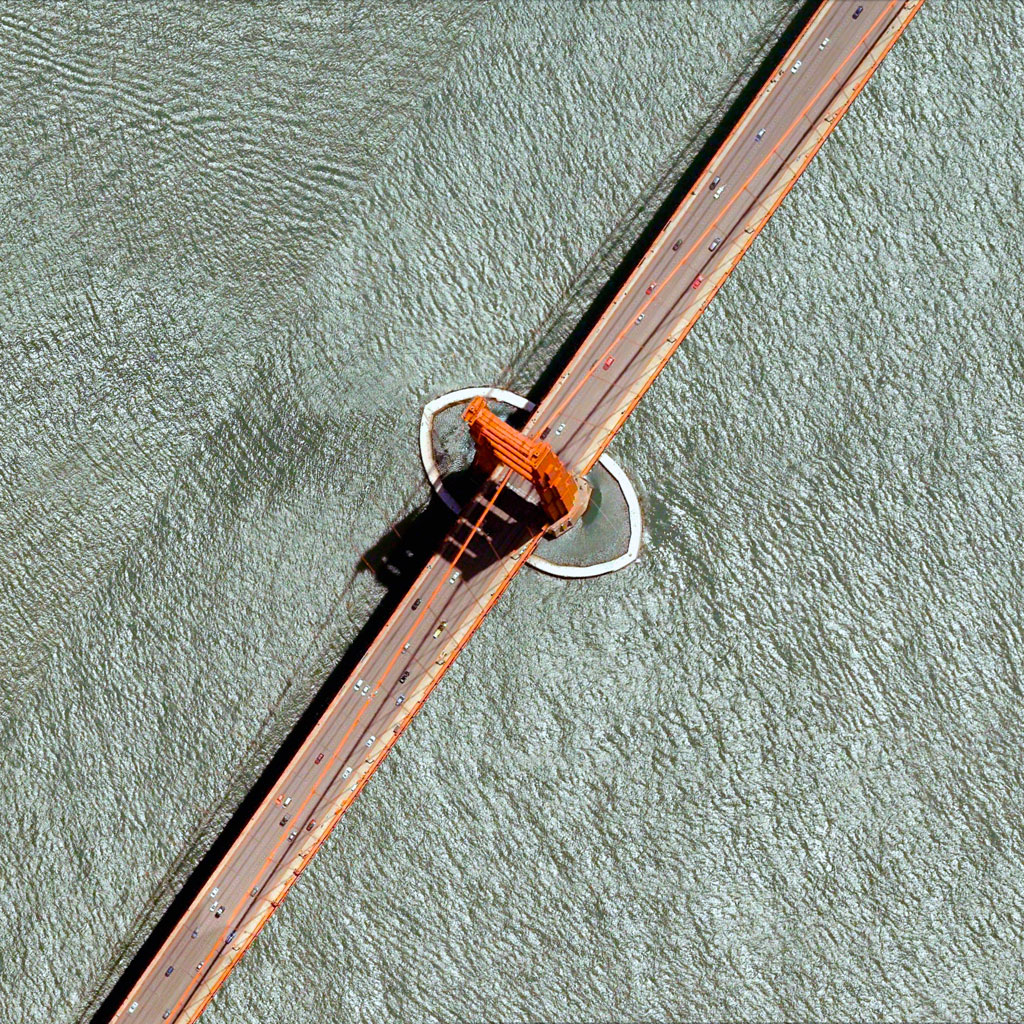 The Golden Gate Bridge is a 1.7 mile (2.7 km) long suspension bridge in San Francisco, California that spans the Golden Gate strait, the mile-wide channel between San Francisco Bay and the Pacific Ocean. The bridge’s signature color, known as ‘international orange’, was selected to complement its natural surroundings and enhance its visibility in fog. 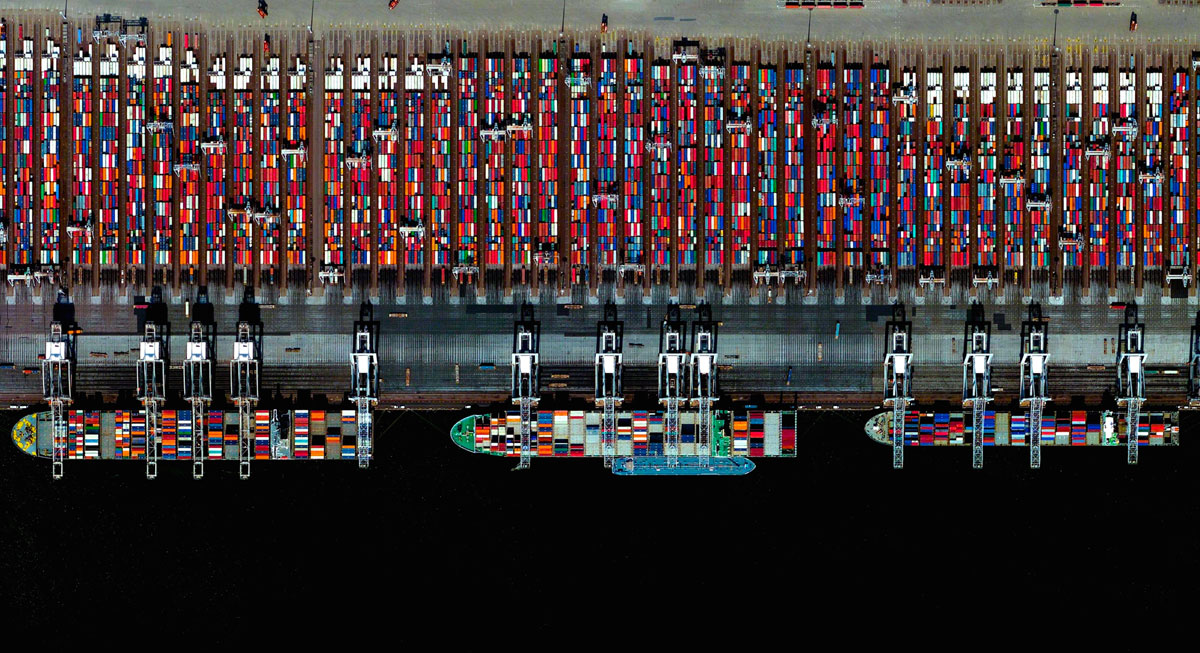 The Port of Rotterdam is the largest port in Europe covering 105 square kilometers. 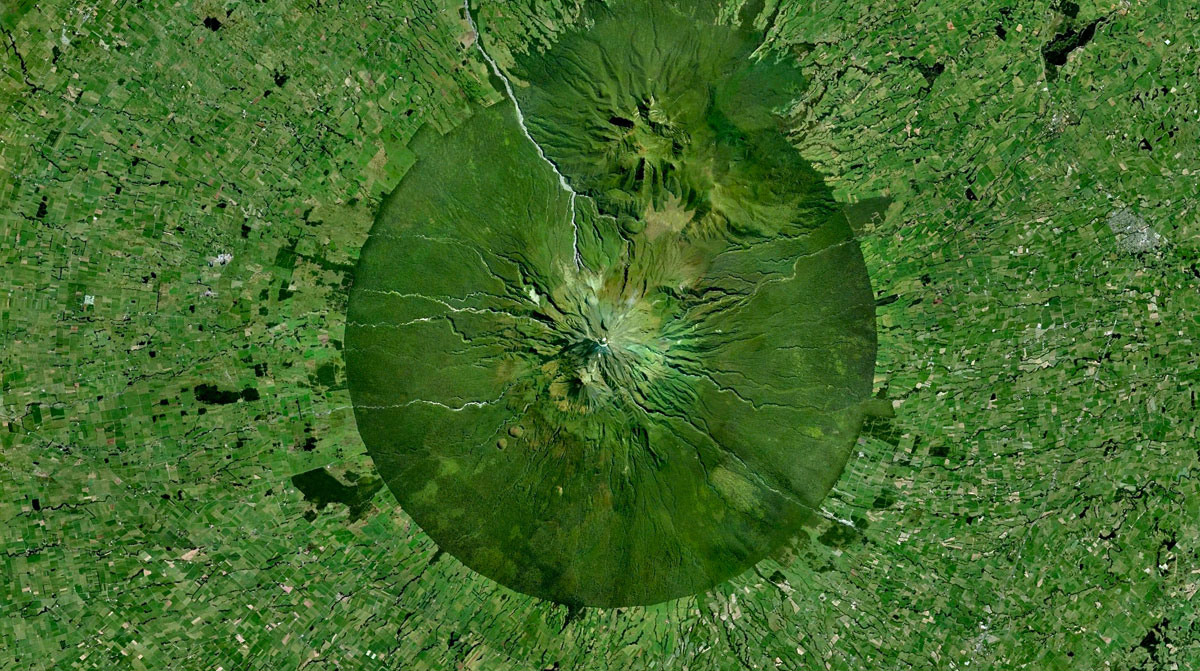 Mount Taranaki, also known as Mount Egmont, is an active stratovolcano on the west coast of New Zealand’s North Island. A change in vegetation is sharply delineated between the national forest that encircles the volcano and the surrounding land comprised of intensively-farmed dairy pastures. 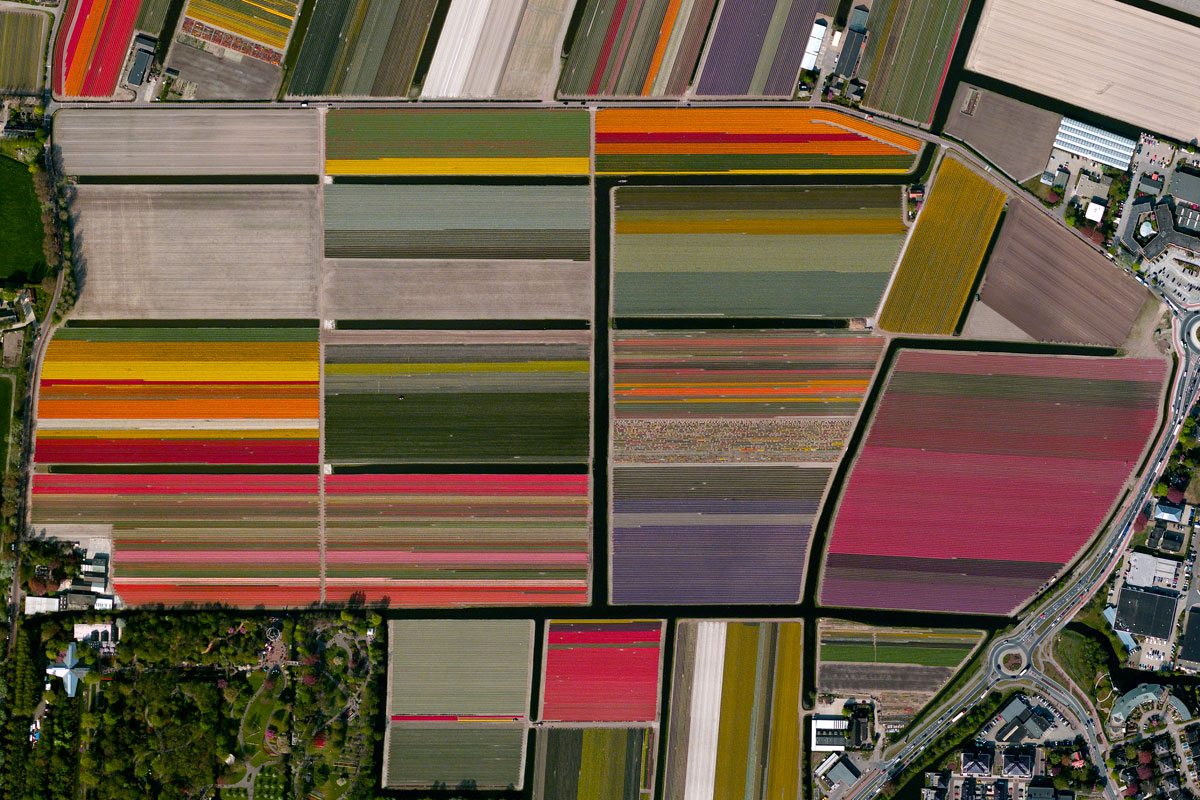 Vibrant tulip fields sprawl across the landscape in Lisse, Netherlands.