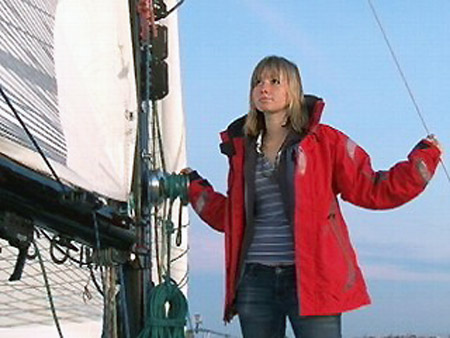 Abby Sunderland, a 16-year-old teenager who is “the youngest sailor ever to circumnavigate the globe,” was feared to be lost at sea early yesterday morning. However, her support team did manage to make contact and reported that “she had been knocked down several times but was handling things well.” Video after the break.

We spoke with Abby early this morning and learned that she had had a very rough day with winds up to 60 knots and seas 20-25 feet.