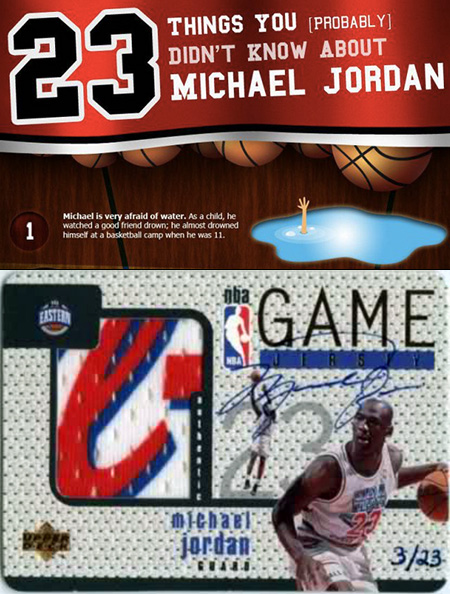 Did you know that Michael Jordan is terrified of water because he watched one of his good childhood friends drown? If not, that is just one of the many interesting things you may not have known about the basketball legend. Jordan is also noted for his product endorsements. He fueled the success of Nike’s Air Jordan sneakers, which were introduced in 1985 and remain popular today. Continue reading to see more.

Jordan’s yearly income from the endorsements is estimated to be over forty million dollars. In addition, when Jordan’s power at the ticket gates was at its highest point the Bulls regularly sold out every game they played in, whether home or away. Due to this, Jordan set records in player salary by signing annual contracts worth in excess of US $30 million per season. An academic study found that Jordan’s first NBA comeback resulted in an increase in the market capitalization of his client firms of more than $1 billion.