Earth’s atmosphere and oceans formed by volcanic activity and outgassing that included water vapor. The origin of the world’s oceans was condensation augmented by water and ice delivered by asteroids, proto-planets, and comets. In this model, atmospheric “greenhouse gases” kept the oceans from freezing while the newly forming Sun was only at 70% luminosity. By 3.5 bya, the Earth’s magnetic field was established, which helped prevent the atmosphere from being stripped away by the solar wind. Continue reading for more mind-bending Earth facts you may not have known about. 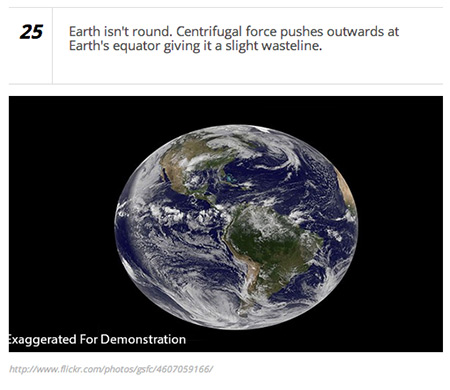 Earth formed approximately 4.54 billion years ago, and life appeared on its surface within its first billion years. Earth’s biosphere then significantly altered the atmospheric and other basic physical conditions, which enabled the proliferation of organisms as well as the formation of the ozone layer, which together with Earth’s magnetic field blocked harmful solar radiation, and permitted formerly ocean-confined life to move safely to land. The physical properties of the Earth, as well as its geological history and orbit, have allowed life to persist. Estimates on how much longer the planet will be able to continue to support life range from 500 million years (myr), to as long as 2.3 billion years (byr).

18 Epic Photobombs That Will Make You Look Twice