Breaking Bad has been a runaway success ever since it debuted on AMC in 2008. For those who have never seen this show, it’s basically set and produced in Albuquerque, New Mexico and tells the story of Walter White, a chemistry teacher whose life was flipped upside down in an instant. Continue reading to see five famous Breaking Bad locations in real-life. 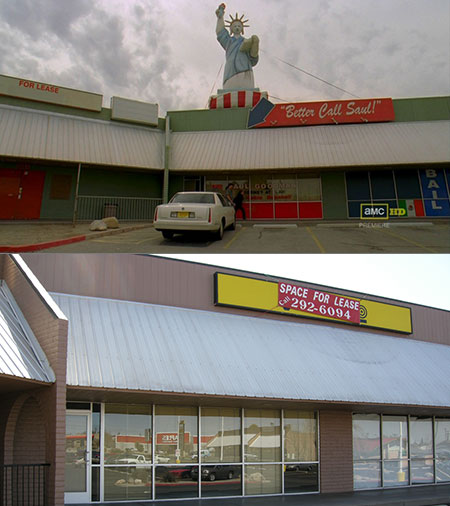 Premiering on January 20, 2008, the series is broadcast in the United States and Canada on the cable channel AMC, and is a production of Sony Pictures Television. On August 14, 2011, AMC announced that Breaking Bad had been renewed for a fifth and final season consisting of 16 episodes. 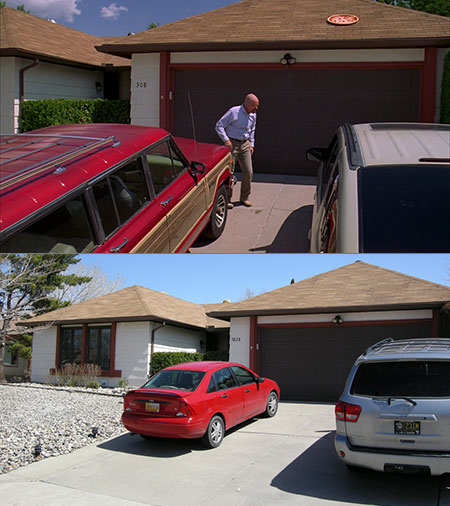 This final season is split into two parts, each consisting of 8 episodes and broadcast over the course of two years; the first half premiered on July 15, 2012 and concluded on September 2, 2012, and the second half is scheduled to begin in summer 2013. 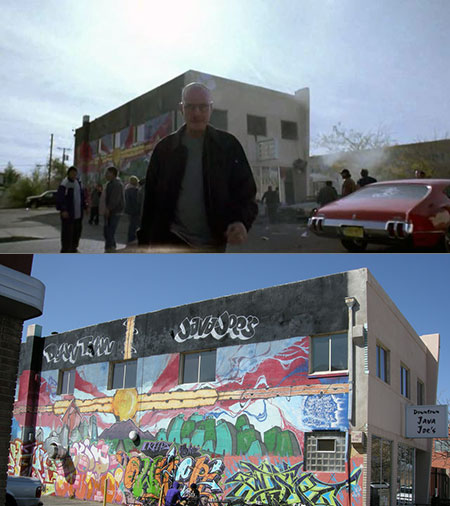 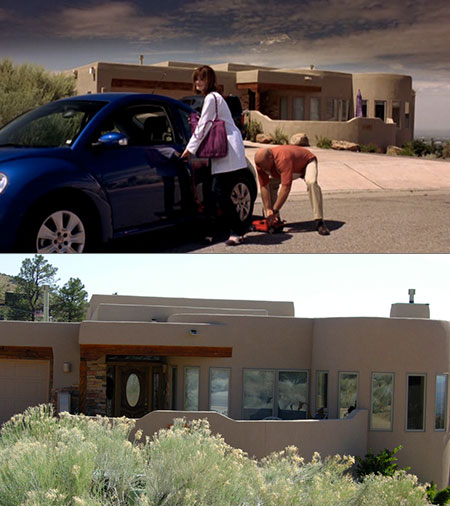 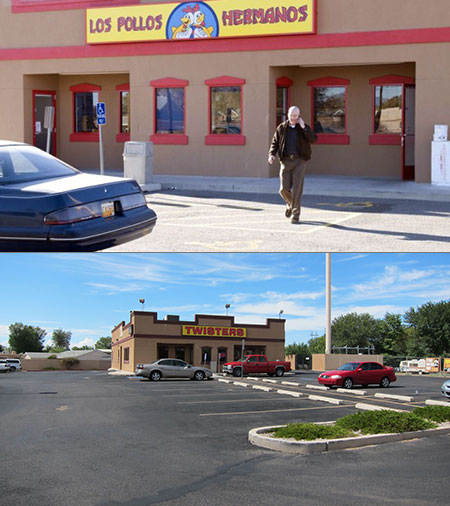 Breaking Bad was created by Vince Gilligan, who spent several years writing the Fox series The X-Files. Gilligan wanted to create a series in which the protagonist became the antagonist. “Television is historically good at keeping its characters in a self-imposed stasis so that shows can go on for years or even decades,” he said.

“When I realized this, the logical next step was to think, how can I do a show in which the fundamental drive is toward change?” He added that his goal with Walter White is to turn him from Mr. Chips into Scarface.

He has said it is difficult to write for Walter White because the character is so dark and morally questionable: “I’m going to miss the show when it’s over, but on some level, it’ll be a relief to not have Walt in my head anymore.” As the series has progressed, Gilligan and the writing staff of Breaking Bad have made Walter more and more unsympathetic.

Gilligan said: “He’s going from being a protagonist to an antagonist. We want to make people question who they’re pulling for, and why.” Cranston said by the fourth season: “I think Walt’s figured out it’s better to be a pursuer than the pursued. He’s well on his way to badass.”[8] Gilligan defines the term “breaking bad” as “to raise hell”.