We may not see many on the roads nowadays, but a sidecar refers to “a one-wheeled device attached to the side of a motorcycle, scooter, or bicycle, producing a three-wheeled vehicle. A motorcycle with a sidecar is sometimes called a combination, an outfit, a rig or a hack.” We’ve rounded up five of the coolest examples for your viewing enjoyment, starting with the Snaefell above. Continue reading to see more. 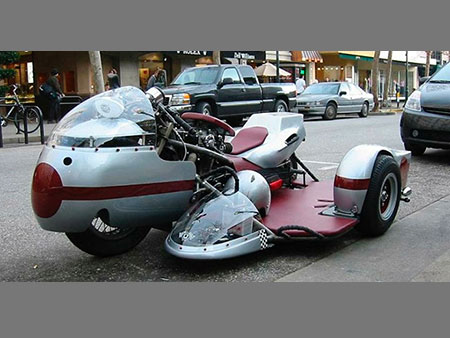 Motorsport sidecars are a topic in itself. There were many fascinating streamlined shapes, built specifically for racing, but they do not look very comfortable, but this is not the point in sidecar racing (this is the 1968 RGM ‘kneeler’ vintage sidecar racing outfit). 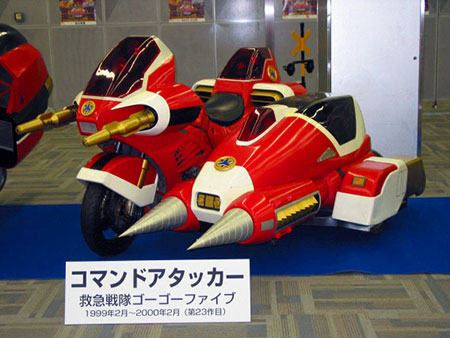 Produced first by Saban Entertainment, later by BVS Entertainment, and currently by SCG Power Rangers LLC, the television series takes much of its footage from the Japanese tokusatsu Super Sentai, produced by Toei Company. Its first entry, Mighty Morphin Power Rangers, debuted on August 28, 1993, and helped launch the Fox Kids programming block of the 1990s, during which it catapulted into popular culture along with a line of action figures and other toys by Bandai. 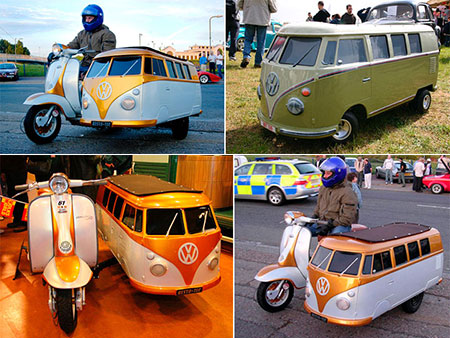 Jason Dyer of Resto-Tec out of the UK built this great Lambretta scooter / VW Mini Van combo back in 2007 (featured in July 2007 issue of “Scootering” magazine). Apparently, some other variations of this mini VW van have wheels and can travel on their own. 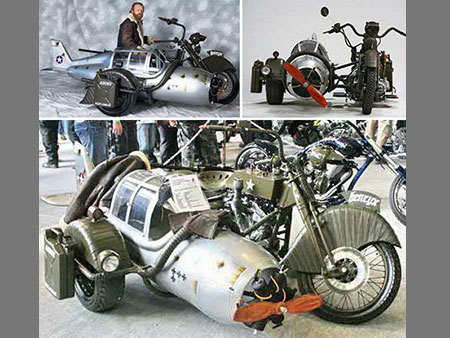 Very imaginative, and well made. Apparently, this “flying” sidecar, belonging to Henrik Tóth, is a “slightly” transformed Yamaha Wild Star. Not much is known about this one-off model. We do know he won some prizes in an Hungarian motorcycle show. Looking at the motorcycle, I can see why. Look at the details.

The snaefell is car / motorcycle designed by francois knorreck, a french hospital technician, who has spent the last 10 years and 15,000 euros developing the ‘hybrid’ vehicle. Investing more than 10,000 hours of work into the project, the result is a 1976 laverda motorcycle with a sidecar which has been custom-built from parts of various automobiles including the Volkswagen golf GTI, Audi 80 and Citroën Xantia. 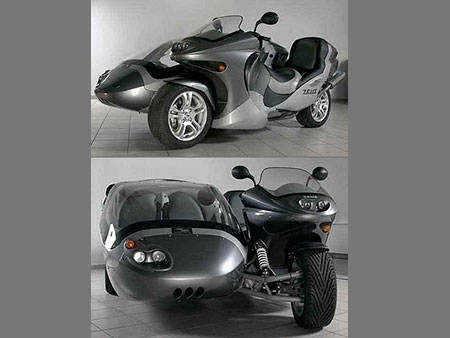 This sci-fi looking motorcycle is approved for 2 sidecar passenger, plus pillion. The sidecar portion has seatbelts. You can even tow a trailer with it (maximum permitted weight for the trailer is 300 kgs). The Zeus is equipped with a 2 liter Peugeot (the car) engine , with 133 HP and 19,5 mkg at 4100 rpm. The motorcycle has two wheel drive (that’s the rear wheels).

Interesting Things You May Not Have Known About Marvel