Looking to break away from the “normal” MP3 player crowd? Then check out the Walletex, iGoGo, iEgg, MusiQ, and more in this weird list. Which ones would you buy?€

In addition to being a fully-functional MP3 player, the iGoGo comes with a pair of “remote massagers” for the ultimate listening experience. A few caveats: it only comes with 128MB of built-in memory and it costs a whopping $500.

The pads are wireless, communicating with the player via RF technology, so no worries about getting tangled in some very unrelaxing wires. Just two pads come in the package, but the player can control up to four. For that much coin, it had better put Karl down at the Equinox spa to shame 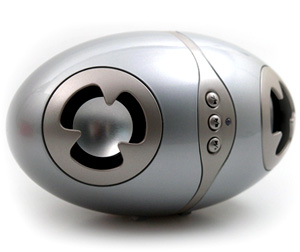 Similar to Samsung’s K5, the iEgg boasts a built-in speaker for listening on the go. Plus, it sports a 3.5mm headphone jack so “you can plug it into your computer to use it as a standalone speaker.”

Who says portable audio players should easily fit in your pocket? That’s the tyranny of the iPod’s market dominance talking, you sheep. Why don’t you think for yourself for once and open your mind to an audio player that will create an awkward bulge in your pocket and will roll off your desk if you set it down? 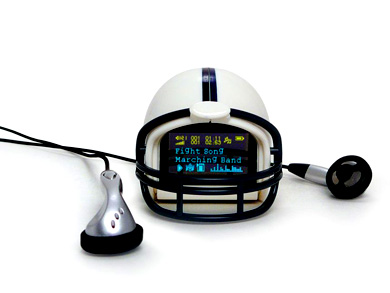 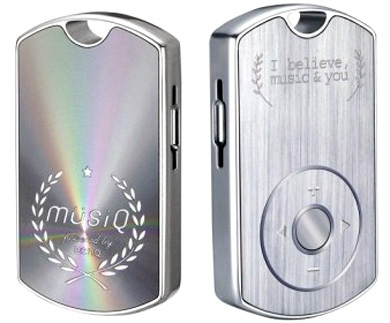 BenQ’s dog tag-inspired MusiQ boasts 512MB or 1GB of memory, a microSD card slot, and earphones that are “incorporated into a matching chain to complete the militaristic illusion.”

While the diminutive player might not be quite as tiny as the iPod shuffle, not to mention the fact that Apple is about the only company that seems to be able to get away with producing a screen-less player anymore

For a no-frills MP3 player, designed purely for listening to music, look no futhur than the Walletex. This screenless player boasts up to 2GB of storage and USB connectivity. One caveat:

Sure it is small, but where the hell is the headphone jack? We’ll see how well this turns out come June 2007 when it is slated for a release

Designed by Hee Yong, this nifty Rubik’s Cube-inspired MP3 player is both a puzzle and music player in one. No

To turn it on you simply need to start playing with the cube and each layer has a different function like play, pause or skip. I assume you need to properly align certain columns or rows to get it to do what you want and of course the only way to turn the player off is to complete the puzzle 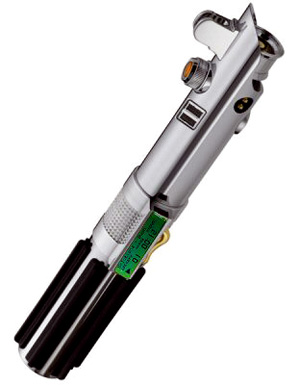 File this under: “Strange Music Devices” At first glance, this device may look like a toy, but in reality, it’s an 8GB MP3 player, complete with Bluetooth.

This lightsaber comes with 8GB of flash memory in addition to Bluetooth, used to transfer music to and from your computer. And you thought those multi-colored iPod Shuffles were cool?