Flexible electronic devices are nothing new, but the batteries and supercapacitors contained within them are still rigid, that is unless…you’re talking about the new flexible supercapacitor with electrodes made of wrinkled titanium carbide. Researchers have designed a new accordion-like supercapacitor composed of a type of MXene nanomaterial, which maintains its ability to store and release electronic charges after repetitive stretching. Read more for a video and additoinal information.

Supercapacitors made from MXenes have rapid charging and discharging technologies, along with a large surface area for energy storage when used in electrodes. During their experiments, the researchers disintegrated titanium aluminum carbide powder into flakes with hydrofluoric acid and captured the layers of pure titanium carbide nanosheets as a roughly textured film on a filter. The film was then placed on a piece of pre-stretched acrylic elastomer that was 800% its relaxed size, and after releasing the polymer, it shrank back to its original state. 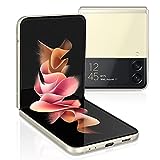 In initial experiments, the team found the best electrode was made from a 3 µm-thick film that could be repetitively stretched and relaxed without being damaged and without modifying its ability to store an electrical charge. The team used this material to fabricate a supercapacitor by sandwiching a polyvinyl(alcohol)-sulfuric acid gel electrolyte between a pair of the stretchable titanium carbide electrodes,” reports Newswise.