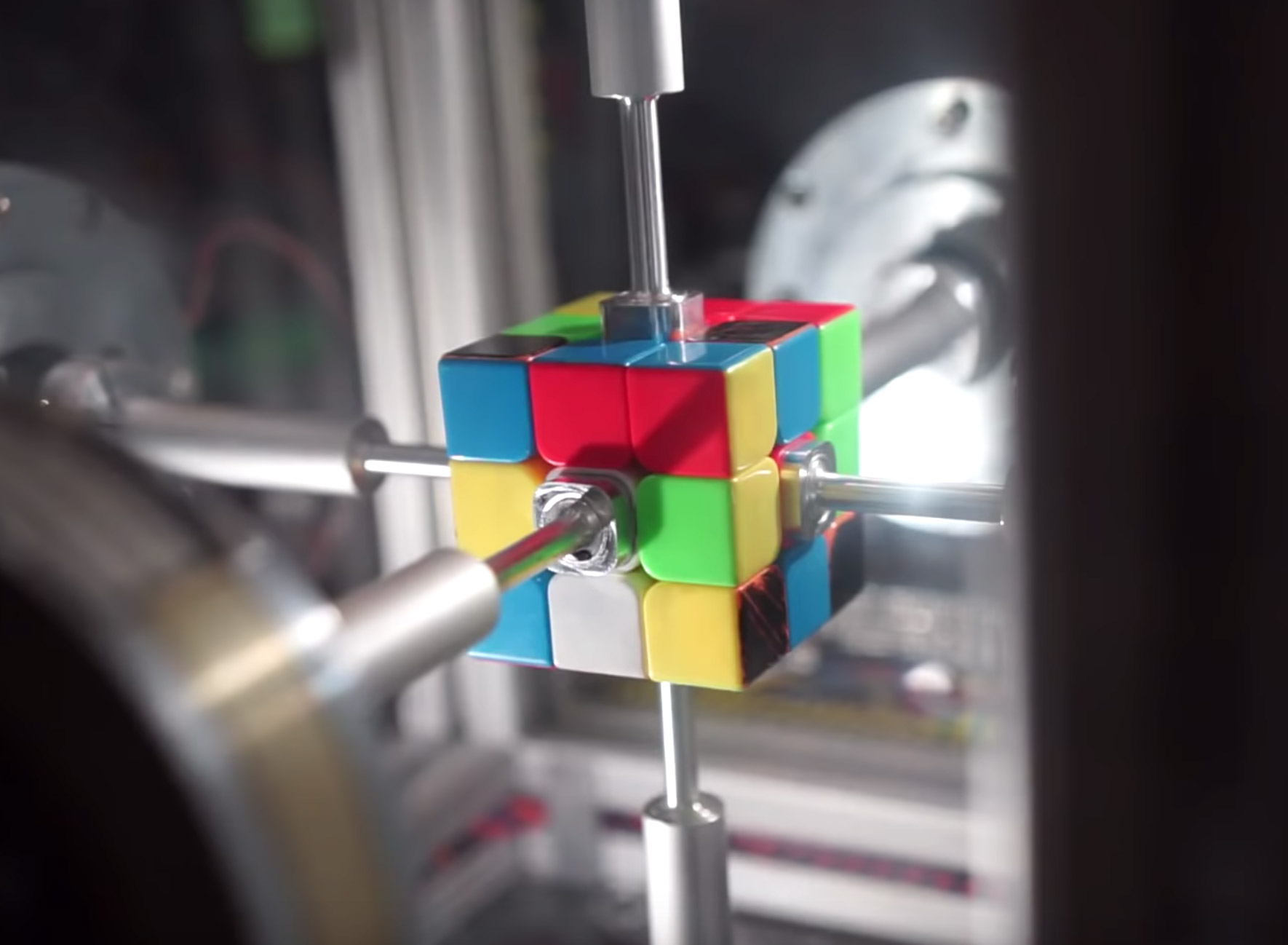 University of California, Irvine researchers have developed an artificial intelligence system, called DeepCubeA, that can solve a Rubik’s Cube in about 20 moves, or an average of 1.2 seconds. For comparison, the current human world record clocks in at 3.47 seconds, but the Massachusetts Institute of Technology’s min2phase algorithm solved one in a mere 0.38-seconds, roughly three times faster than DeepCubeA. Read more for a video of MIT’s record-setting robot and additional information.

This deep reinforcement learning algorithm programmed by UCI computer scientists and mathematician can find the solution in just a fraction of a second, without requiring any specific domain knowledge or in-game coaching from humans. The cube can be solved in billions of ways, but only one goal state – each of six sides displaying a solid color.

“Artificial intelligence can defeat the world’s best human chess and Go players, but some of the more difficult puzzles, such as the Rubik’s Cube, had not been solved by computers, so we thought they were open for AI approaches. The solution to the Rubik’s Cube involves more symbolic, mathematical and abstract thinking, so a deep learning machine that can crack such a puzzle is getting closer to becoming a system that can think, reason, plan and make decisions,” said senior author Pierre Baldi, UCI Distinguished Professor of computer science.