Photo credit: Kris Naudus / Engadget
Spin Master’s second-generation Air Hogs Zero Gravity Laser Racer has just been unveiled at the 2019 NYC Toy Fair, and like its predecessor, it can ride on the floor, climb up walls and zip across your ceiling, just like the Spider-Man of R/C vehicles. However, it’s not magic, as the car uses a small suction fan on the undercarriage that is just strong enough to keep the very lightweight car moving around on flat surfaces. Read more for additional pictures and information. 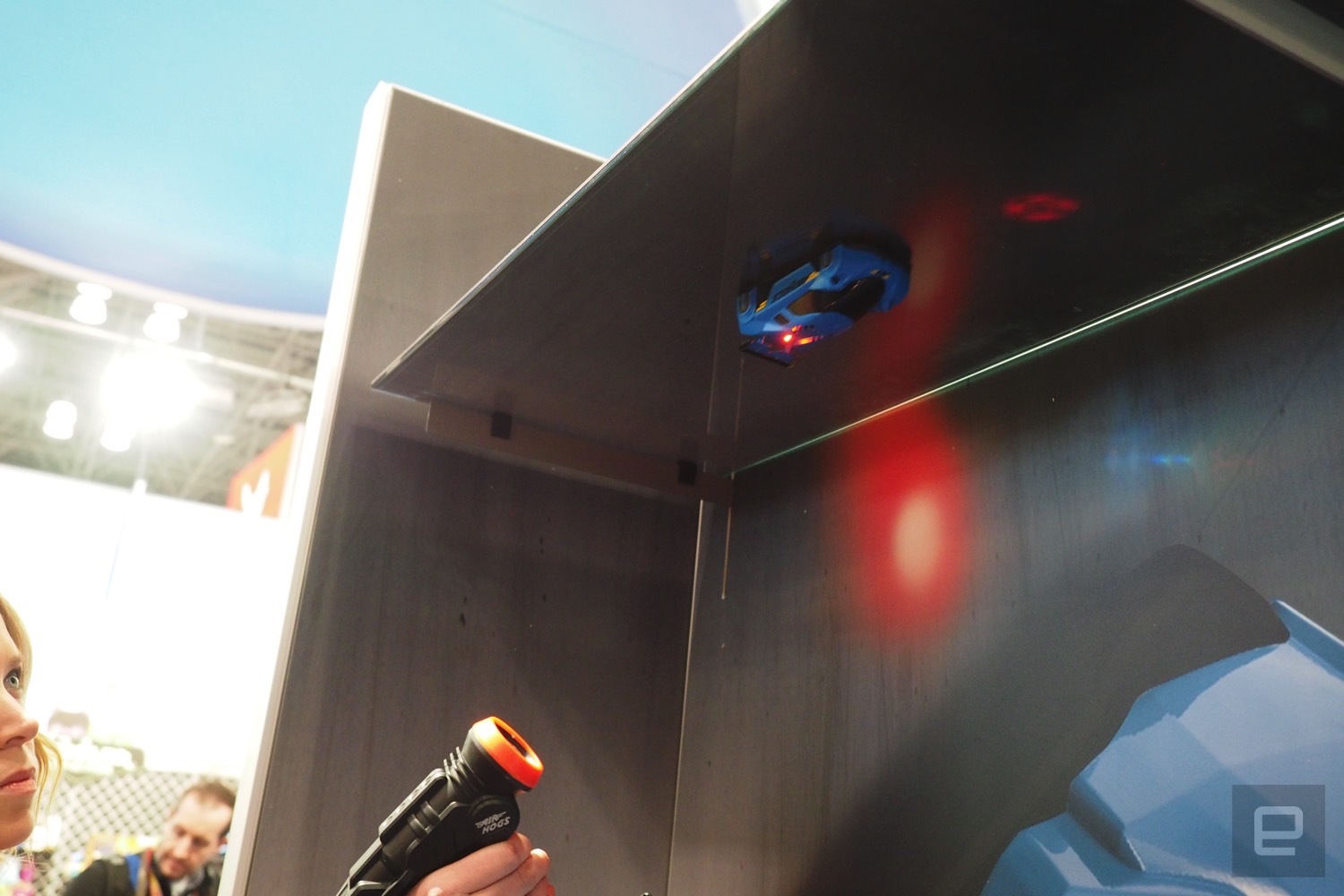 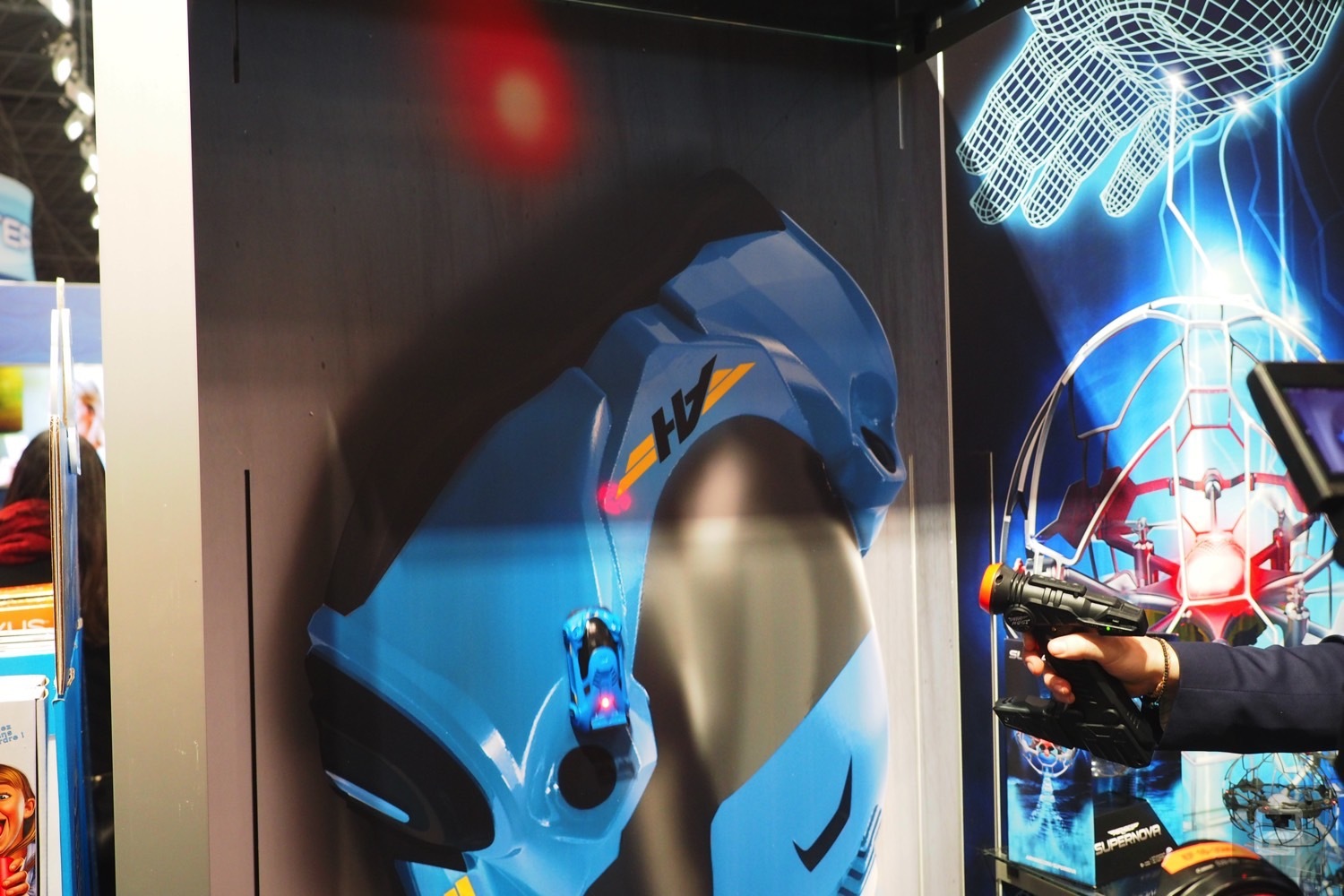 Want to zip around the floor at full-speed? Simply turn down the fan a notch. For those wondering, the “laser” in the name refers to the included laser gun used to point at exactly where you want it to go. Best of all, you don’t need AA batteries this time around, as it has adopted USB charging. 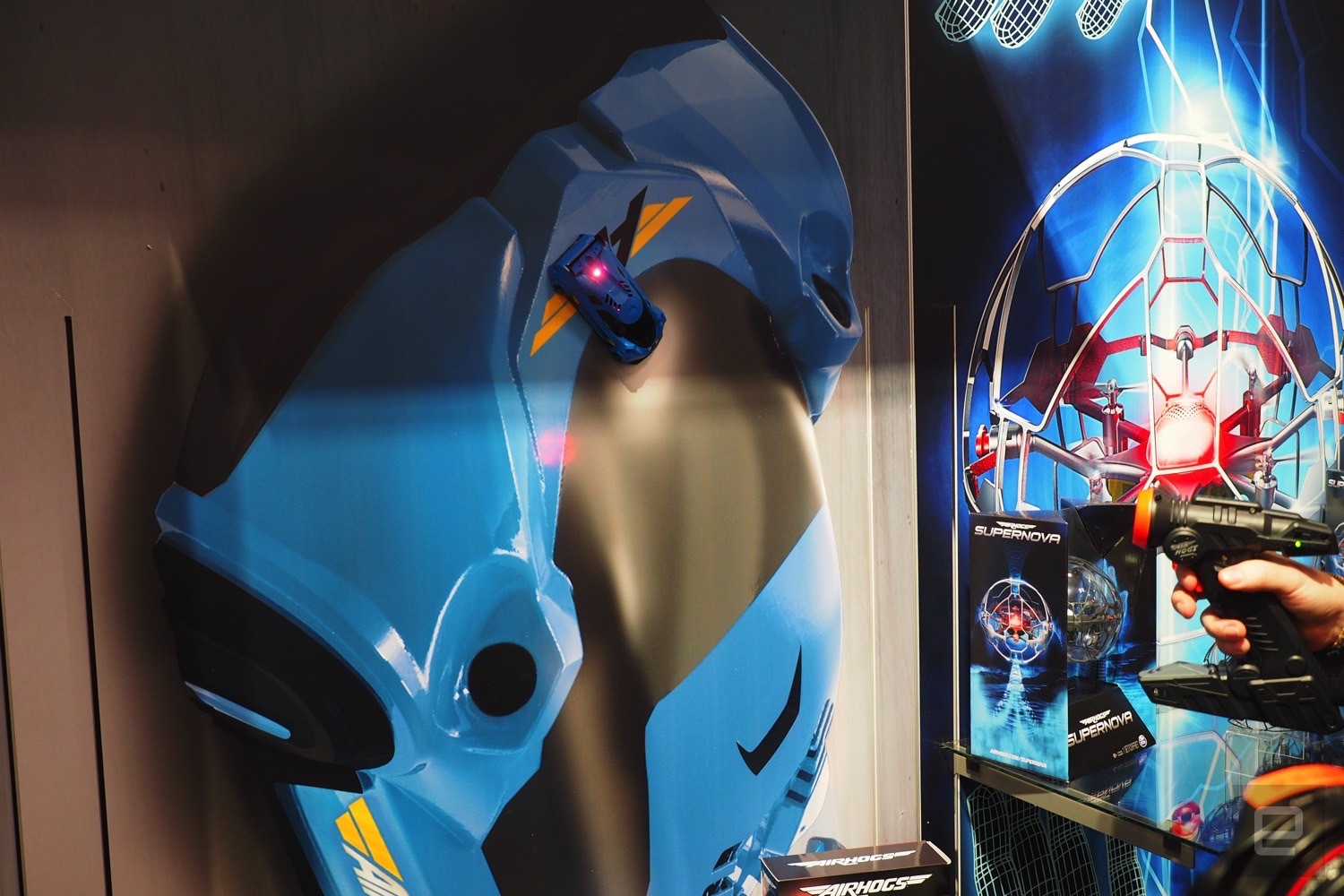 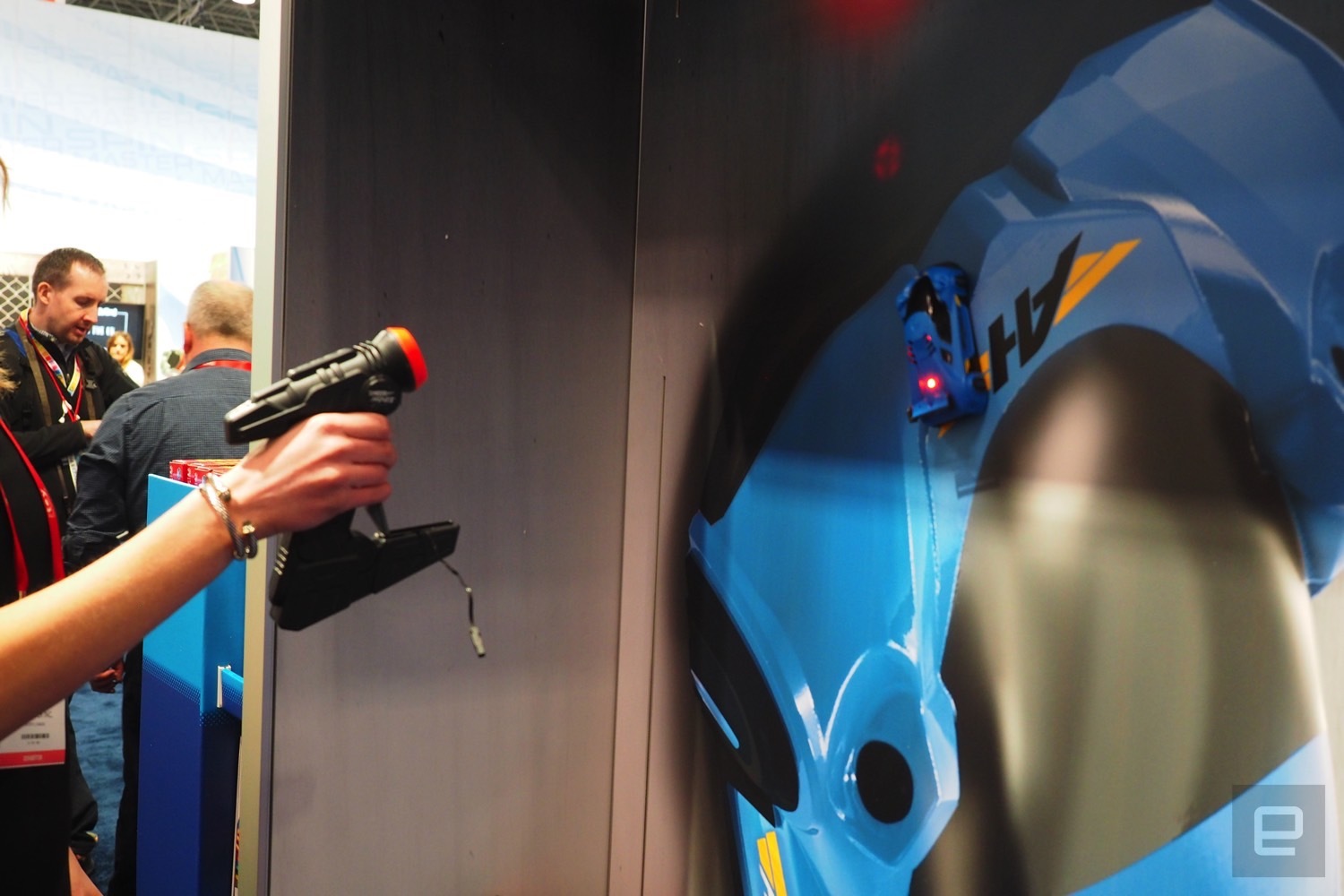 “It takes about 25-30 minutes to charge for 15 minutes of play time, which isn’t exactly long, but at least you won’t have any frantic scrambles for fresh Duracells (and it’s also a lot cheaper). The new and improved Zero Gravity Laser Racer will be available in red and blue, and it comes out in August for a nice tidy $40,” reports Engadget.