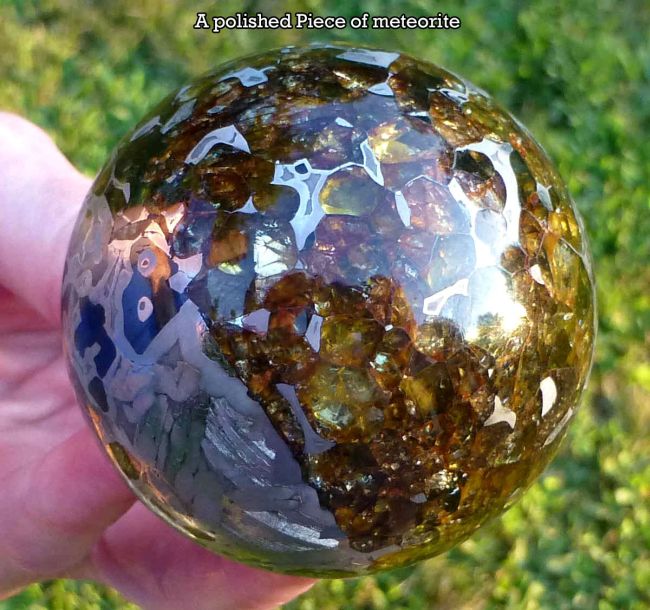 Most meteorites appear jagged with a rough texture, but when you polish one of these space rocks, something amazing happens. Reddit user Isai76 shared this other-worldly image of a polished pallasitic meteorite, in which the green-yellow transparent minerals are called olivine, the material that composes most of the upper mantle of the Earth. The metallic parts you see are an iron-nickel alloy. Continue reading for more pictures and information. 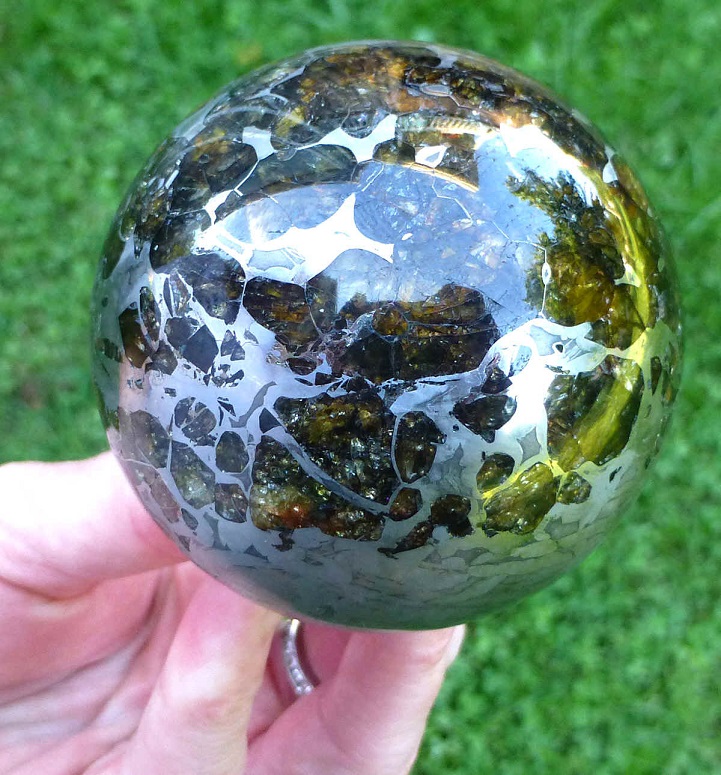 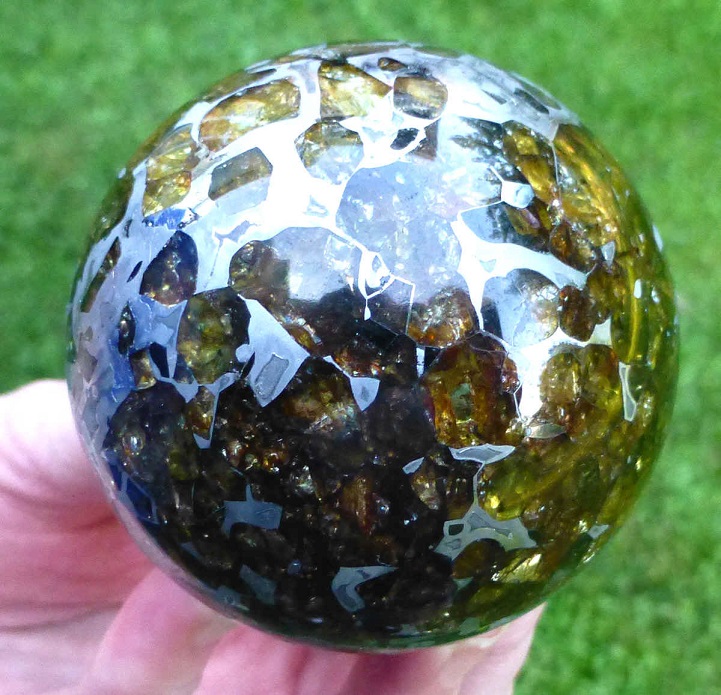 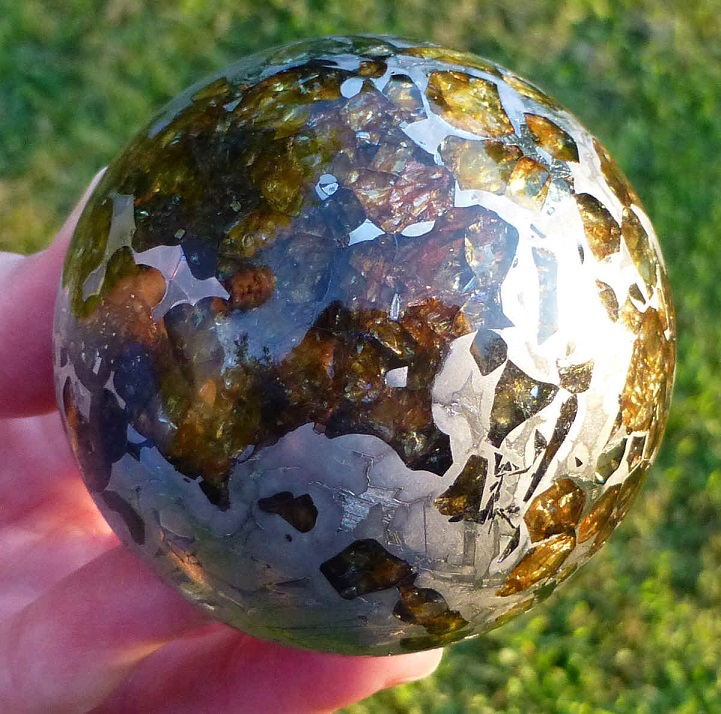 The mixture of the iron-nickel alloy and olivine apparently originated from a small protoplanet from the dawn of the Solar System. It melted from its original material of chondrite and separated into iron alloy and silicate phases (known as core and mantle). Fewthe3rd says: “Towards the end of the protoplanet’s life, it experienced a very violent collision with another body and [this] forced the contact between the core and the mantle to become perturbed via shockwaves from the impact – hence the mixing.”