Coral Castle is basically an oolite limestone structure created by the Latvian American eccentric Edward Leedskalnin (1887-1951), located in Leisure City, Florida, in Miami-Dade County at the intersection of South Dixie Highway and SW 157th Avenue. The structure comprises numerous megalithic stones, mostly limestone formed from coral, each weighing several tons. Researchers claim Leedskalnin used an anti-gravity device to build the castle, which could tap into harmonic sound waves, magnetism, or other secret technologies. “I have discovered the secrets of the pyramids, and have found out how the Egyptians and the ancient builders in Peru, Yucatan, and Asia, with only primitive tools, raised and set in place blocks of stone weighing many tons,” said Leedskalnin. Continue reading to see five more strange places that exist from around the world.

5. Ancient City in the Middle of the Ocean 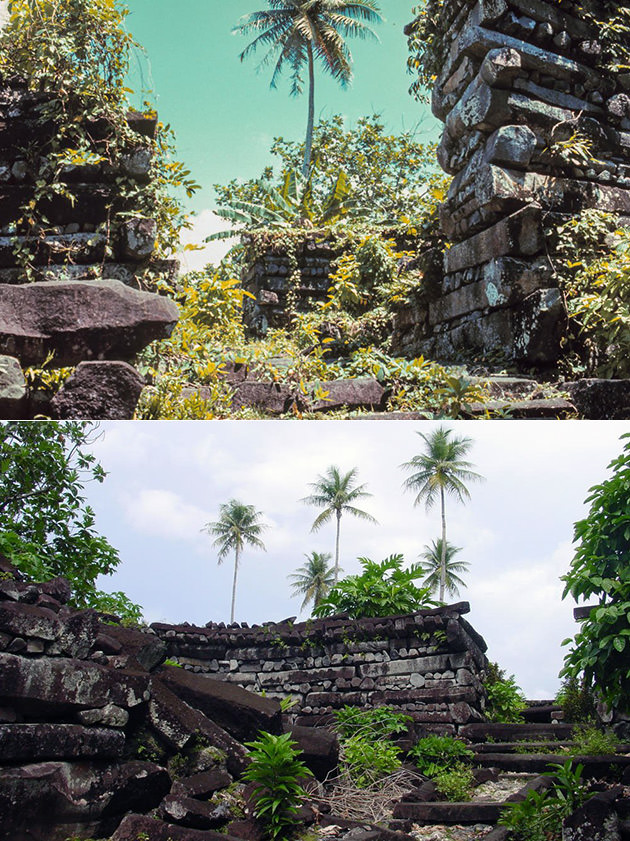 It’s not everyday that you hear about an ancient city, much less one located in the middle of the ocean. Nan Madol can be found in a remote region of the Western Pacific, just north of the equator, and it was built in a lagoon on the east side of Micronesian island Pohnpei, which consists of 92 artificial islets constructed on coral reefs. This wonder of engineering features massive basalt walls reaching 16 meters high in some places, and carbon dating indicates the structures are approximately 900-years-old, while the islets date even further back to the 8th-9th centuries AD. What has 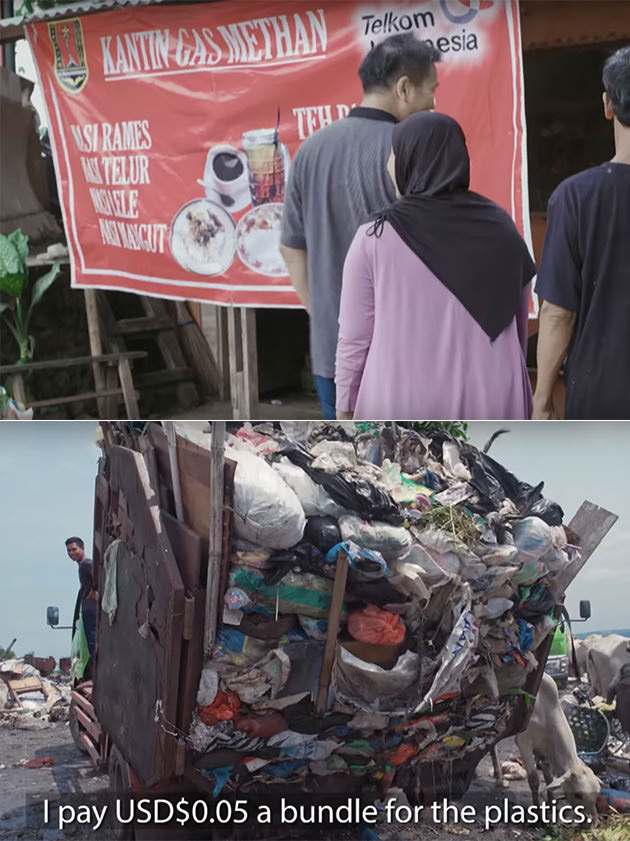 An innovative new restaurant has opened in Semarang, Indonesia, and it aims to change the lives of locals, many of whom earn less than $25 USD. Called “The Methane Gas Canteen,” it’s run by husband and wife team Sarimin and Suyatmi, and located in the Jatibarang Landfill in Semarang, Central Java. This is a place where locals spend their days scavenging plastic and glass to sell. The couple spent the past 40 years themselves collecting waste before opening the restaurant. No cash is required, as scavengers have the option to pay for their meals with recyclable waste instead of actual currency. The owners weigh the plastic that customers bring in, calculate its worth, and then deducts that value from the cost of the meal, refunding any change.

3. Snowflake, Arizona is a Town for Those Allergic to Modern Life 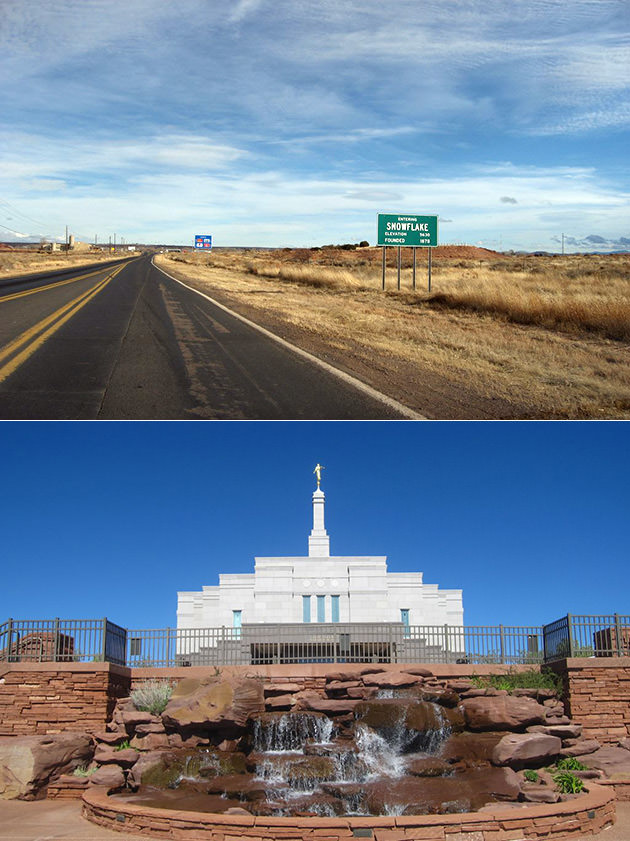 There’s a small off-grid community in the city of Snowflake, Arizona that has become a refuge for people suffering from multiple chemical sensitivity (MCS), or in other words, a chronic disorder in which exposure to everyday chemicals and technology cause symptoms of varying intensity. Those who suffer from MCS suggest that their symptoms coincide with exposure to chemicals and technologies, like fragrances, synthetic fabrics, pesticides, and even Wi-Fi signals. “For me, the improvement was so radical. You get out of the car; you feel better. You can walk. You don’t need the oxygen tank. Your speech is clear. I didn’t exactly want to move here, but my body said, ‘Yeah we’re moving here,'” said resident Susie Molloy, who arrived in 1994. 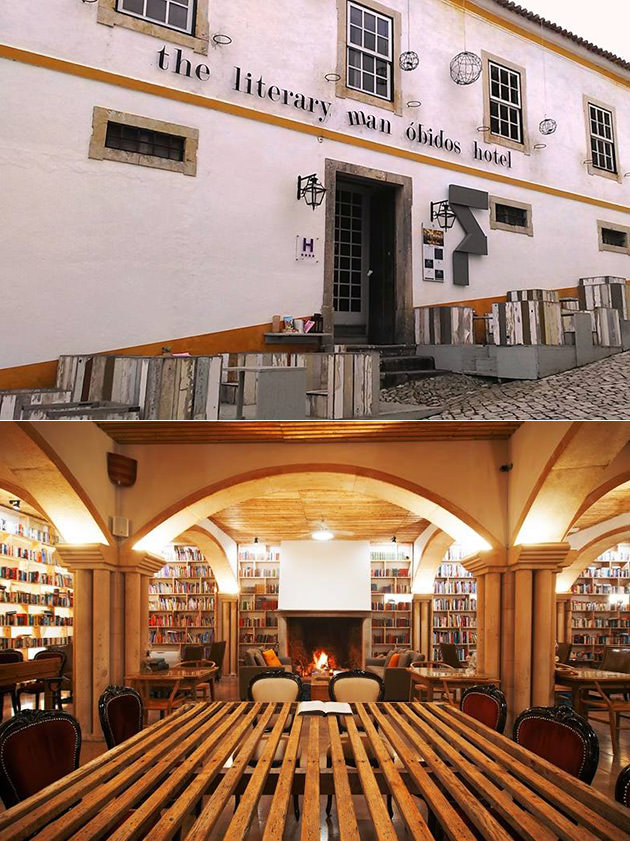 Just happened to stumble upon the medieval village of Obidos during your trip to Portugal, and love books? Well, “The Literary Man” hotel is just for you. Established in 2015, it’s already known as the world’s best hotel for book lovers, as it features a constantly growing collection of literary works, most in English. Currently, there are over 50,000 titles that cover a variety of genres, from novels and poetry to cookbooks. “Our guests love to bring their own books to add to our collections, and the ones that don’t have books with them usually send them later in form of a donation,” said a representative. 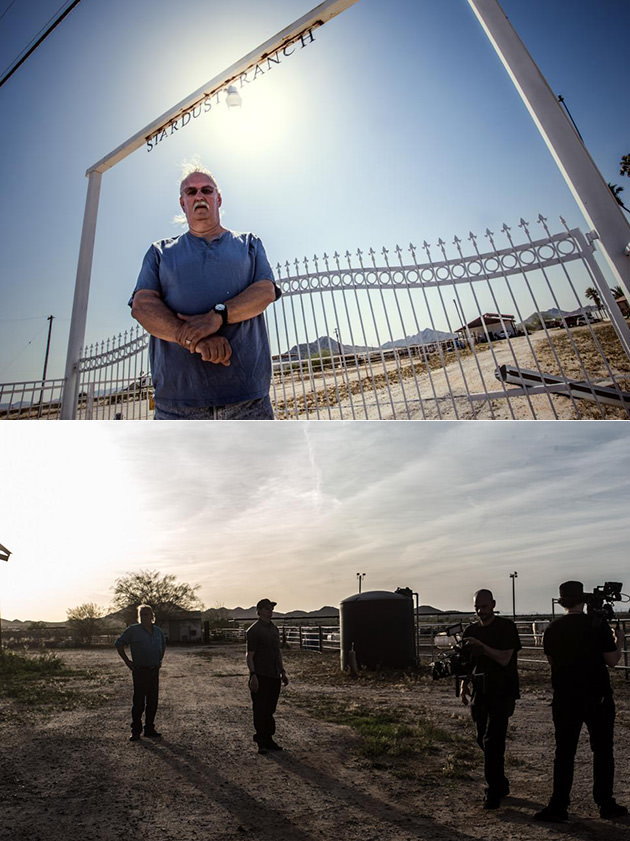 Stardust Ranch, a large 10-acre desert ranch in Arizona, has hit the market for $5-million USD, and it’s located in the scenic Rainbow Valley just outside of metropolitan Phoenix. However, this isn’t your typical ranch, which includes a 3,436-square-foot house, as well as an in-ground pool, as it reportedly receives a constant stream of extraterrestrial alien traffic. Owner John Edmonds said he put it up for sale because he was tired of fighting them off, and that over the past 20-years, he’s claimed to have been abducted multiple times. “Almost immediately from the day we moved in, we began to have strange experiences. One time the aliens actually levitated my wife out of the bed in the master chamber and carried her into the parking lot and tried to draw her up into the craft. There was a cone of light, it came down, and she started to rise into that cone of light. I grabbed an AK-47 with a double banana clip in it, and I went outside and I opened up,” said Edmonds.