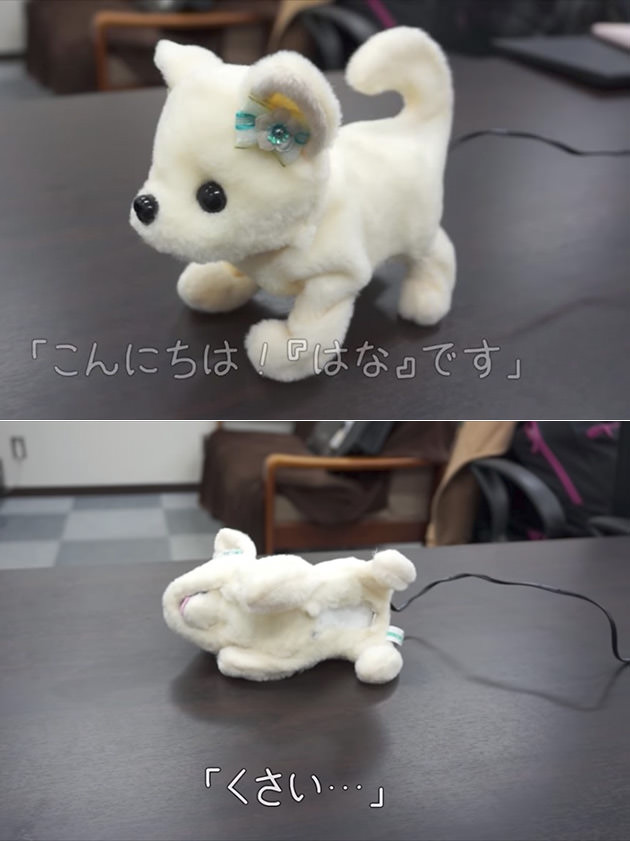 A Japanese company has created “Hana-Chan,” a tiny robot dog that can tell how bad your feet smell by using a powerful sensor embedded right in its nose. If no odors are detected the dog happily wags its tail, but should the robot detect the opposite, it begins to bark and / or fall over in a fainting motion. According to media reports, this robot will not only detects stinky feet, but can also help solve the problem as well by spraying them with air freshener. Just how much will this cost you? NextTechnology plans to start selling this novel robot for a hefty $9,280 USD. Continue reading for five more strange inventions. 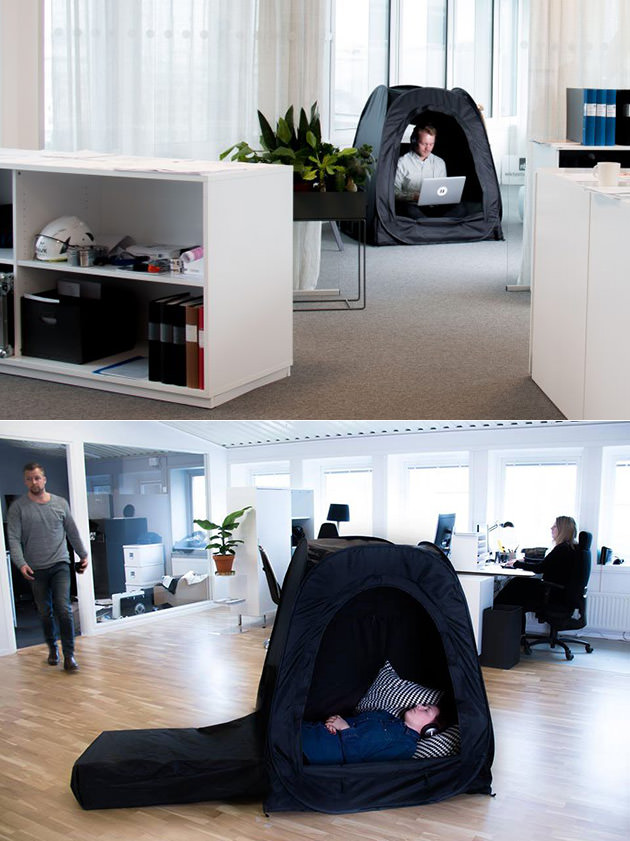 Why nap in your car or at a desk, when there’s the PausePod? It’s touted as a ‘private pop-up space free from stressful moments,’ and designed to offer users an escape from the pressures of modern life pretty much anytime, anywhere. It’s easy to setup as a children’s tent, as all you need to do is take it out of its bag, unfold the structure, and get in. The whole process takes only a few seconds. The PausePod is made from light reducing fabric that can block about 99% of outside light when zipped up, enabling users to enjoy a good night’s sleep during the middle of the day. 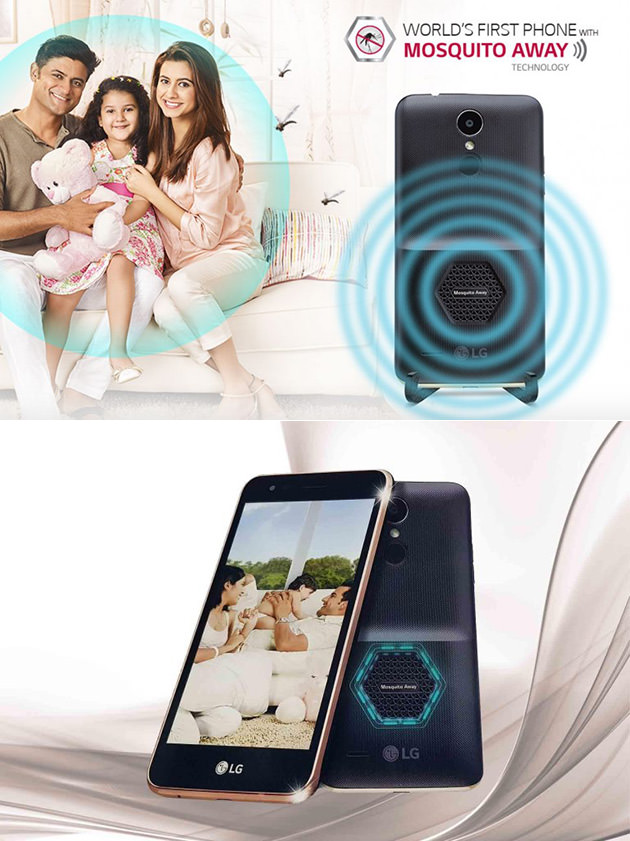 The LG K7i is touted as the world’s first mosquito-repelling smartphone, thanks to ultrasonic sound waves. This handset does not require any chemicals or refill cartridges since it uses 30KHz ultrasonic sound waves through a mesh speaker on the back of the phone to keep the pesky insects away. There’s a special rear cover that comes bundled in the K7i smartphone kit, along with a stand for the phone, in case you want to use it specifically for repelling mosquitoes. LG says its new K7i smartphone managed to repel 72% of mosquitoes during laboratory tests. 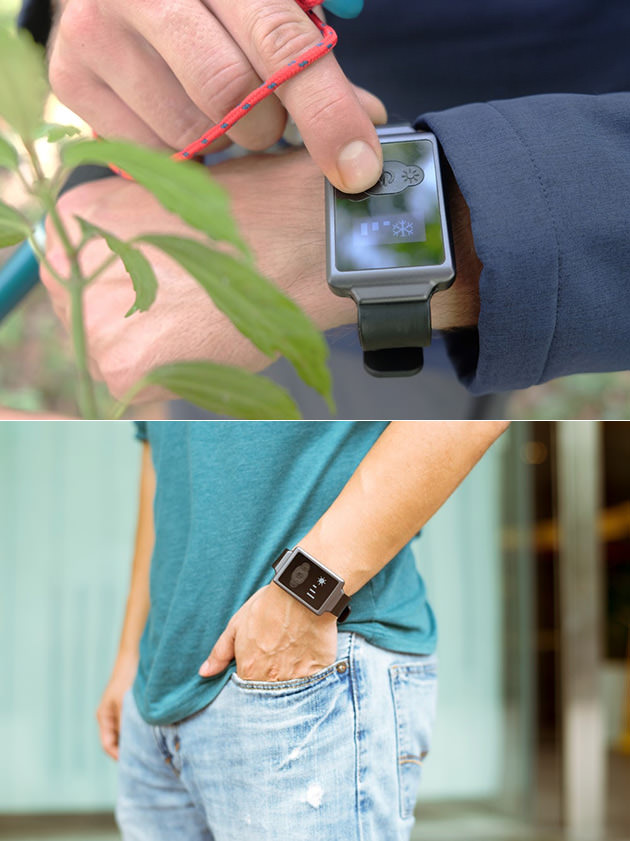 There’s the Apple Watch, and then the Aircon Watch. Using ‘ClimaCon’ technology, it produces an influx of hot or cold directly into the wearer’s wrist, which reportedly causes the entire body to regulate its temperature. The end result is a cool or warm sensation regardless of the climate you’re in at the time. Its inventors suggest that humans can ‘change the signal that our nervous system sends to the brain by using the Aircon Watch to generate pulses of heat or cold. By this method we can trick our brain into thinking that we are cooler or warmer than we really are.’ 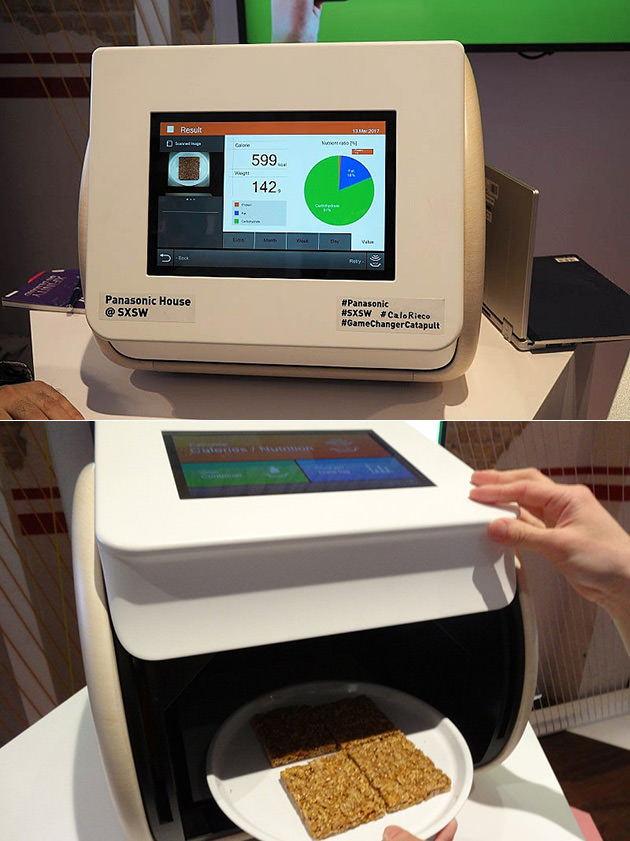 The Panasonic CaloRieco is an innovative new machine that can instantly analyze the food on your plate and provides accurate information, like calorie content, in just a few seconds. This high-tech device essentially uses light reflection technology to determine the nutritional values of virtually any food, while providing accurate calorie estimates. Simply put a plate in the box-shaped device and wait between 10-20 seconds for it to analyze the nutrient content. Once the process is complete, CaloRieco displays the number of calories, as well as the nutritional content on an LED display, and it’s able to analyze everything except for soups and very dark-colored dishes. Continue reading for five more strange inventions. 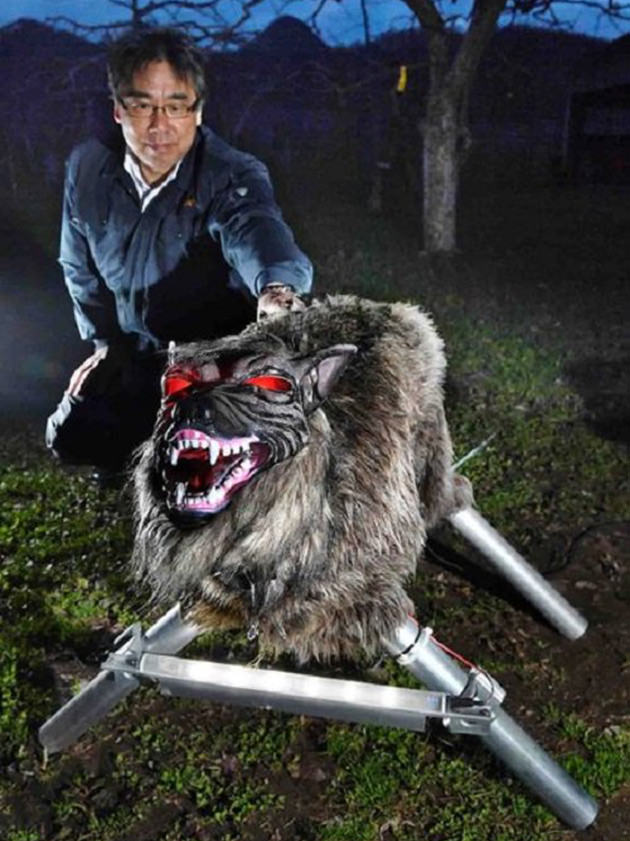 Super Robot Wolf isn’t a Halloween decoration, but rather a robotic scarecrow of sorts designed to scare away just about any wild animal, including deer and giant bears. Developed by Hokkaido robotics company Ohta Seiki, the robot comes equipped with an infrared ray sensor that detects animals as they approach, and when they get to close, the warning system automatically activates. In other words, its eyes start glowing red, while its head moves from one side to the other to create the illusion that it’s alive, complete with sound effects.

Artist Shows How Superheroes Would Look in Retirement, Batman and Superman Included