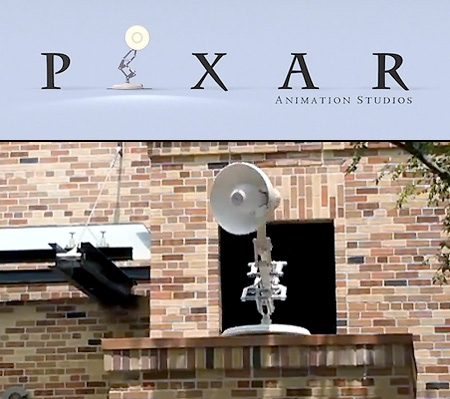 Pixar’s Luxo Jr. has come to life at Disney’s Hollywood Studio in Orlando, Florida, “as part of Pixar’s “Living Character” exhibit that includes an inflatable version of the house from Up.” Video after the break.

Well, as lifelike as a formerly-animated robot based on an old-school desk lamp can be.