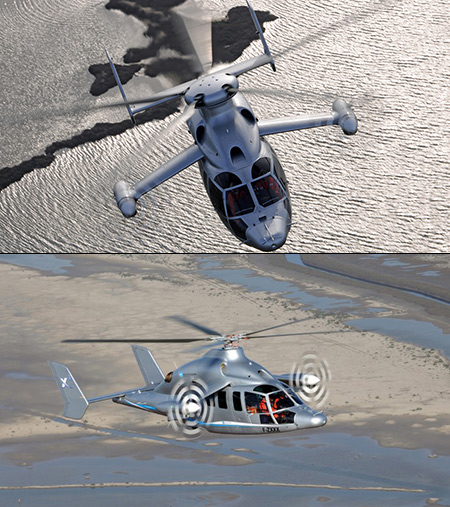 The Eurocopter X3 (X-Cubed) is an experimental high-speed compound helicopter under development by Eurocopter. On June 7, 2013 it demonstrated a speed of 255 knots (293 mph; 472 km/h) beating Sikorsky X2’s world record, becoming the fastest compound helicopter as of June 2013. Continue reading for a video and more information.

The X3 demonstrator is based on a Eurocopter EC155 helicopter with the addition of short span wings each fitted with a tractor propeller. The tractor propellers are gear driven from the two main turboshaft engines which also drive the five-bladed main rotor. The helicopter is designed to prove the concept of a high-speed helicopter which depends on the slowing down of the rotor speed to avoid drag from the advancing blade tip, and to avoid retreating blade stall by unloading the rotor while a small wing is intended to provide up to 80% lift instead.

7 HDR Pictures That Show Why Being a Pilot is Awesome