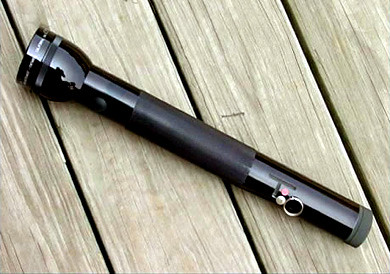 Some items, such as the normal looking flashlight above, are actually functional gadgets — in a more than meets the eye kind of way.

Elekson has unveiled a nifty gadget bag that doubles as a functional cloth keyboard. Pricing and availability have not yet been announced.

The guy from Carrypad UMPC blog says he can type very fast on it, despite the keys having no travel: about 55% of his normal rate within 30 minutes of practice. And the Eleksen guys say its possible to make this bag a Bluetooth device

Magnetic Flower That Doubles as a Fire Extinguisher

Apparently this “fire-fighter” flower contains a special chemical that extinguishes “oil fires”. Put simply, a “film forms over the surface of the oil and prevents air getting into the fire, extinguishing it.” Best of all, this gadget doubles as a fridge magnet when not in use. Pricing and availability have not yet been announced.

Look, we don’t come up with this stuff, so don’t look our way when that magnetic, fridge-mounted Fire Fighter Flower you bought ends up catching on fire and then destroying all of your 2nd grade pictures on the fridge — it’s your own dang fault

Similar to the Sony VN-CX1, the ASG-142 is an 800dpi optical mouse that doubles as a VoIP/Skype phone. It features a 1.3-inch LCD display, built-in microphone/speaker, and USB connectivity.

On the outside, the “Telephone Bag” looks like any other novelty purse/bag, with the exception of the receiver, cord, and keypad. What you may not know is that it’s actually a fully functional telephone — just plug it into any phone jack, and the receiver doubles as the handle. It measures 11″h x 10″w and comes in shiny red vinyl.

“This novelty bag was the original cell phone…portable, and can be plugged in to any jack.”

The i-Deck is a touchscreen music player concept that displays album art on its circular-shaped LCD screen, which also doubles as the player’s interface.

This interaction is also a little more, well, interactive, in the sense that if you want to skip a track, you just flick the screen. If you want to fast-forward, simply spin it. And to play, just turn it 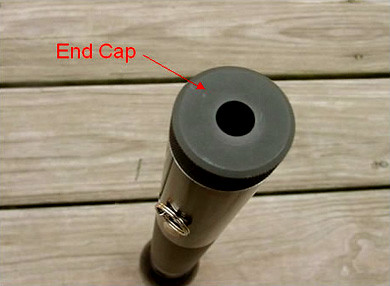 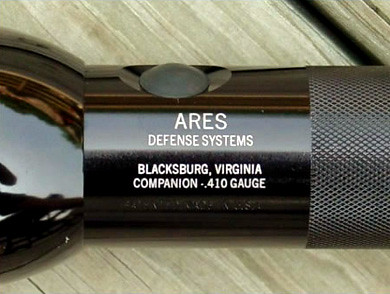 ARES Defense Systems has developed a Mag-Lite that doubles as a .410 gauge shotgun. This would go nicely with the .22-caliber cell phone gun.

A grenade-style pin removes the safety, and the flashlight fires a .410 shotgun round out the back when a button is pressed. A Mini-Mag size fires a .380 round

“True haxors should be very impressed with my use of lumber supports and styrofoam packing materials as insulators/spacers for the mobo. All in all, there’s a ton of space, the system is cool and quiet (20db @ 37*C scoring Ludicrous Kills on UT2k4 Onslaught), and everything works, for the most part. The HDD and DVD+-RW… are mounted up and out of the way now, unlike in the pic.”