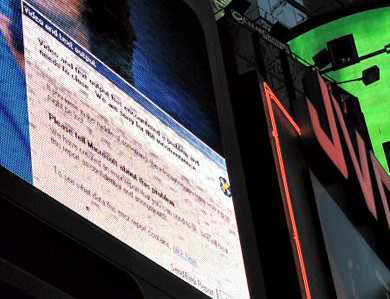 You’d think the computers powering the gigantic billboards in Times Square would be running something other than Windows. 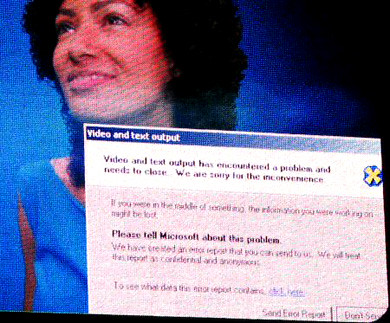 Even Times Square can’t avoid the dreaded Windows error messages. At least they didn’t get the blue screen.

“…across the square, I saw it: the world’s largest Windows error message – on a two-story high e-billboard (I guess everything really is bigger in New York).” 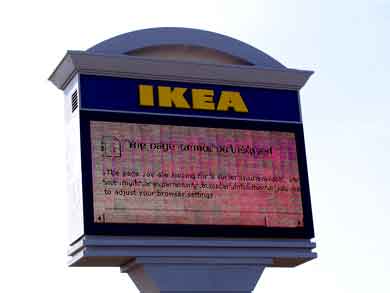 This IKEA billboard is claimed to be displaying the world’s largest “Web Page Cannot Be Displayed” error message”. Click here for large version. 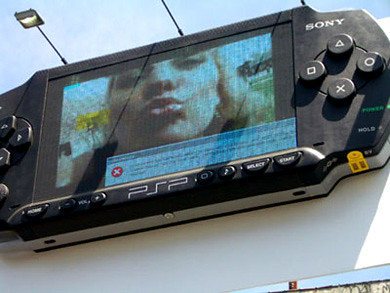 Apparently, this giant-sized PSP runs Windows too. Now if only the portable version ran Windows Mobile…

Sony and Microsoft are battling for dominance in the video game market, but neither company is looking good on the corner of Houston and Mott in Manhattan