Would you spend $1.3-million on a diamond-encrusted cell phone? We sure would…rather spend it on this. Vote for your favorites.

File this under: “Strange Cell Phones” At $310,000, the Vertu Signature “Cobra” is encrusted with “precious gemstones — one pear-cut diamond, one round white diamond two emerald eyes and 439 rubies.” Here’s what Paul has to say:

We can only take solace in the fact that only 8 of these Signature Cobra phones will be made by Vertu and its partner in crime, French jeweler Boucheron. There’s also a “cheap” version, the $115k Signature Python, which is due for a production run 26 strong, but if you’re actually going to spring for something this ridiculous, why not go all the way, right? 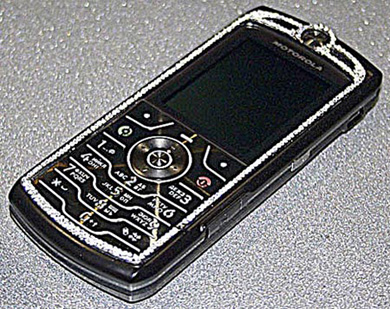 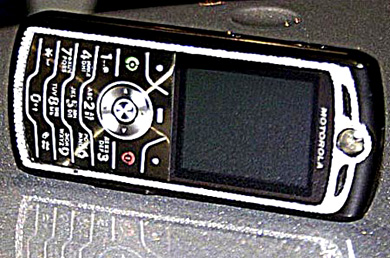 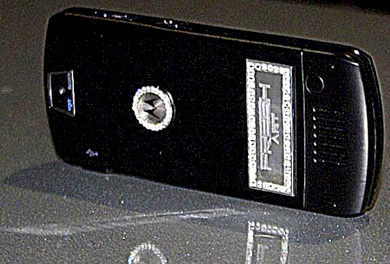 If you thought Vertu phones were expensive, then check out this $75,000 Motorola SLVR — “outlined with 260 diamonds which had been brought proportionally from all parts of the globe and also with platinum plates”. It’s currently on display at the Fresh Art “Zoom” Exhibition. More pics after the jump.[Source]

That’s right, this cell phone retails at a whopping $1.3-million. It features a diamond-encrusted case and a 5-carat blue diamond in place of the center navigation button. No word yet on availability. [Source]

Limited to just six handcrafted units, this ivory cell phone is priced at a whopping $23,000. Another caveat: it’s only available in China.

The ivory, harvested from Elephant, Mammoth(?) and camel teeth, taking three engravers over 3 months to make. So go for it, Paris. The rest of us will just have to settle for papier-mâché’ing our RAZRs, I guess