Photo credit: The Planetary Society
The Planetary Society’s LightSail 2 mission have been revealed, as its flight controllers successfully deployed the CubeSat’s dual-sided solar panels Friday evening when it flew south of mission control at Cal Poly San Luis Obispo in California. These photos were captured shortly after by the spacecraft’s solar panel-mounted cameras, which show a crescent Earth as it heads into orbital sunset. The image above has not been digitally altered, so you’ll spot a number of lens flare artifacts caused by sunlight scattering around the camera optics. Read more for another picture and additional information. 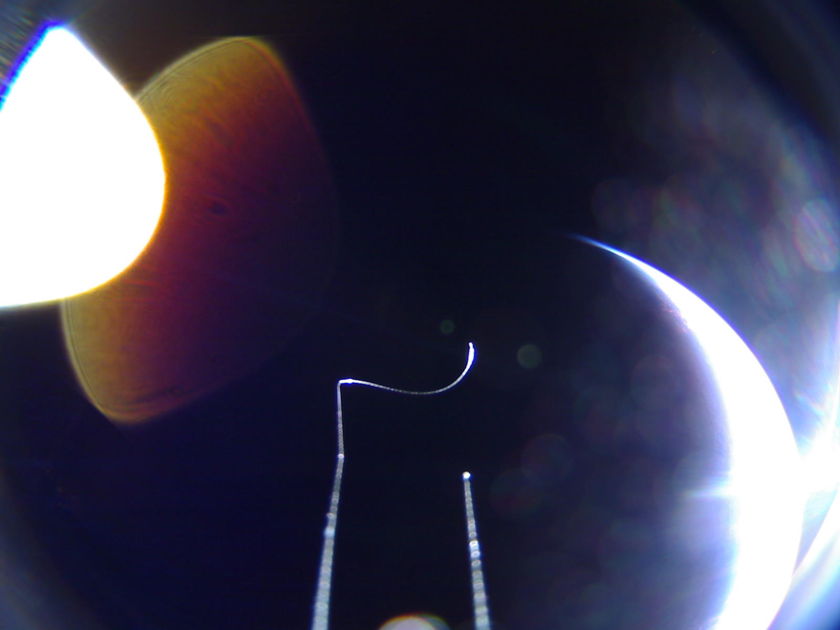 LightSail 2 captured this image of Earth’s limb on July 6, 2019 at 04:42 UTC from a camera mounted on its dual-sided solar panels. The Sun is just out of frame on the right side, and since the spacecraft’s dual fisheye cameras boasts about a 180° field of view, it causes the arcs in the corners and a bit of distortion. The objects you see in the foreground are most likely pieces of spectraline, a fishing line-like material used to hold the panels closed prior to deployment.