Called the Ratnik-3, this futuristic exoskeleton designed for the Russian military is made from titanium and boosts strength as well as stamina, while a flexible layer of armor protects soldiers from any incoming objects. It fits over the torso and secured around the waist to equally disperse the weight of the built-in backpack, which 110-pound load capacity. “We have already held trials for the prototype of the active exoskeleton. It really enhances a serviceman’s physical abilities. For example, the tester was able to shoot from a machine-gun only with one hand and accurately hit targets,” said chief designer Oleg Faustov. Continue reading for another video, more pictures and information. 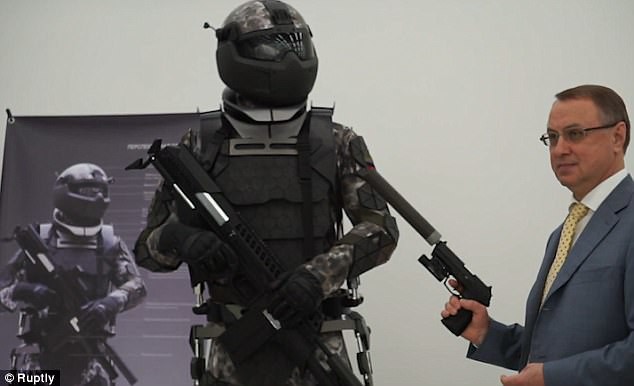 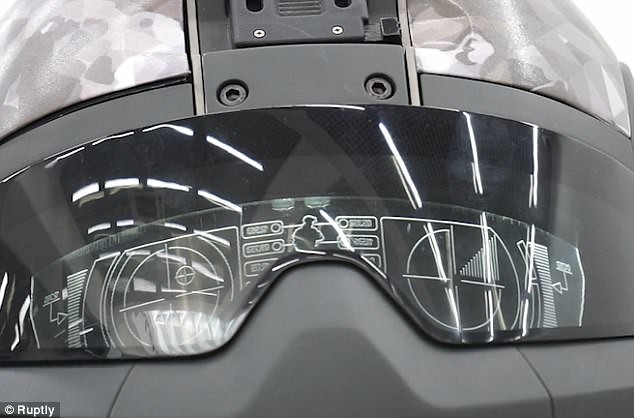 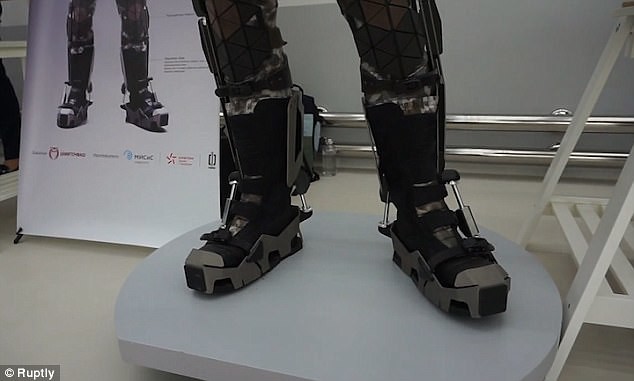 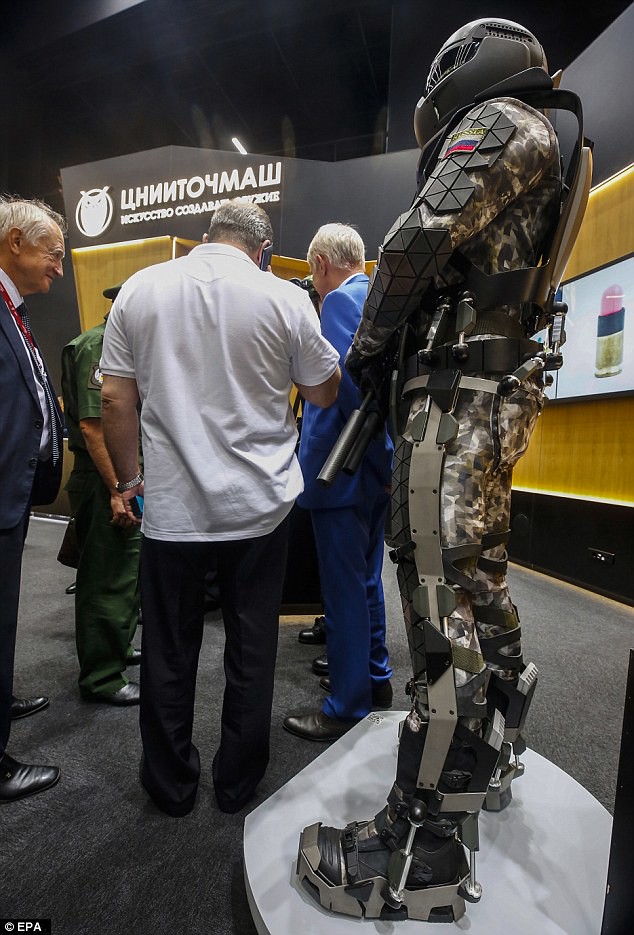 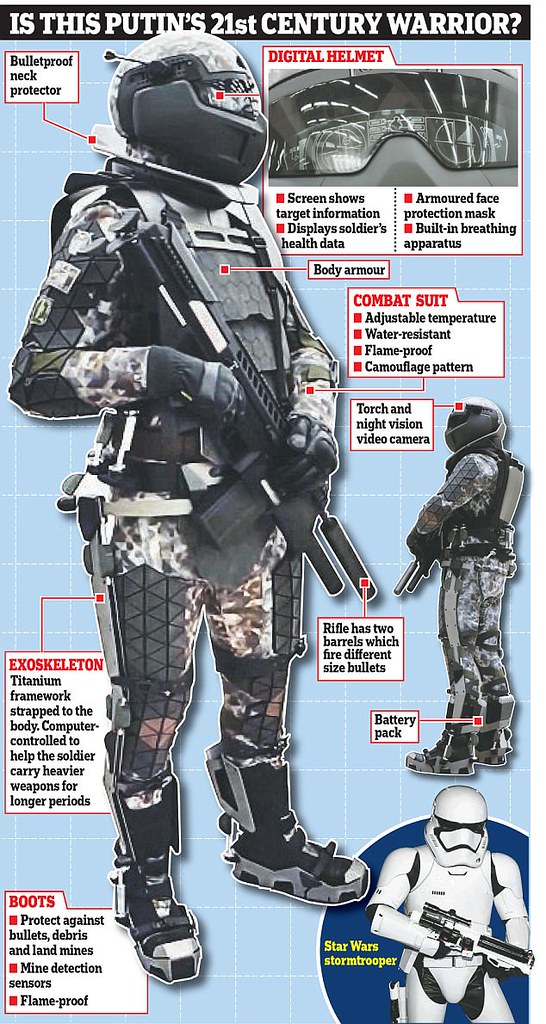 “Demonstrating the suit was a model standing more than six-feet tall, cradling a fearsome-looking firearm in a pair of black padded gloves. His arms were covered in fabric patterned with camouflage print and protected by armoured plates marked with the Russian flag. On his legs were a pair of bulky shoes resembling ski boots, which were supported by a metal frame wrapped around the waist,” reports The Daily Mail.